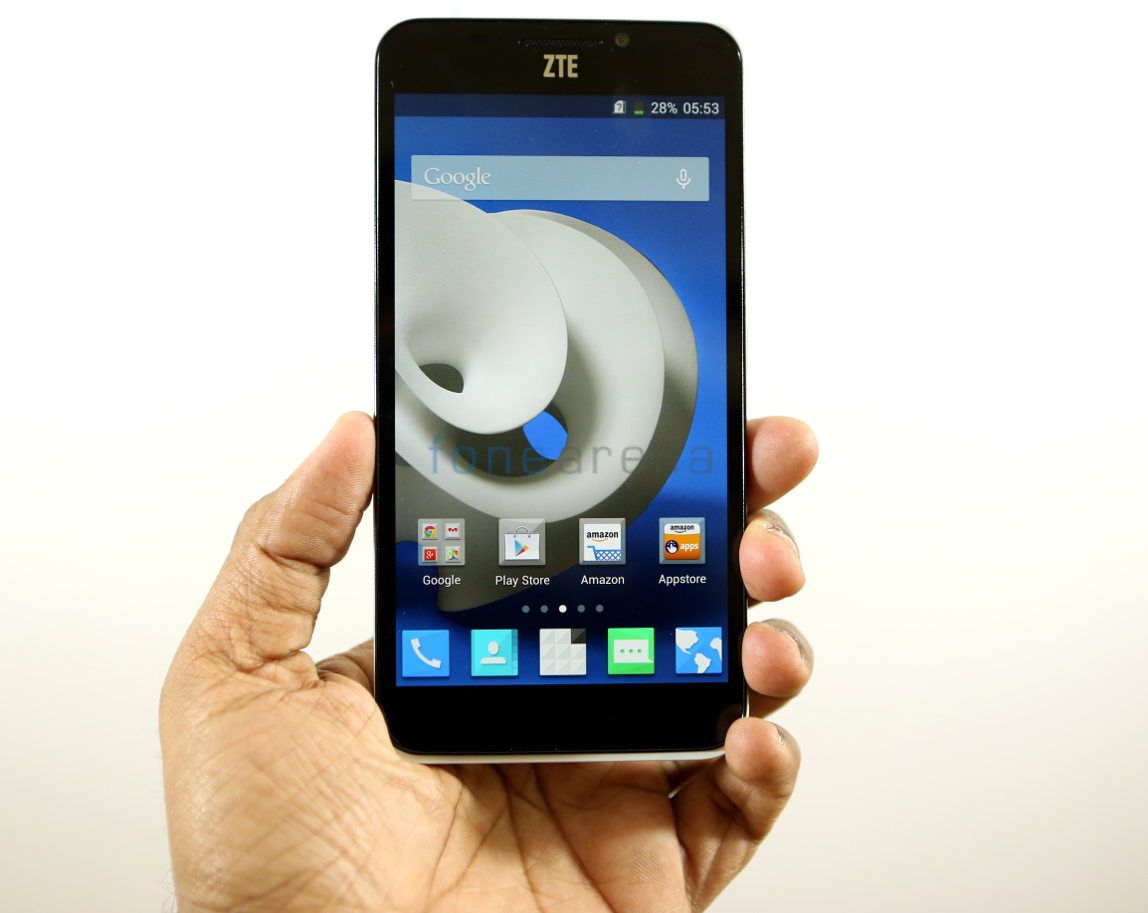 ZTE launched Grand S II smartphone in India in December for Rs 13,999. We already went hands on with the phone at CES in January last year. The phone has a 5.5 inch full HD display and comes with motion gestures. Let’s check out the all the aspects and features of the phone in out review and see if it is worth the price. 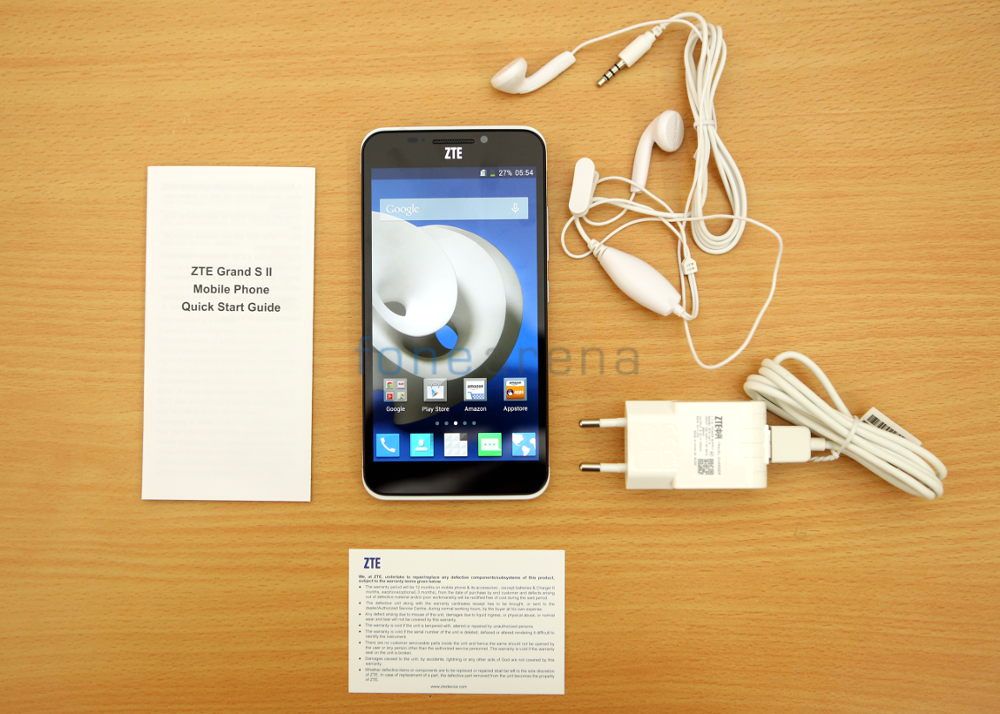 Check out the unboxing of the ZTE Grand S II here. 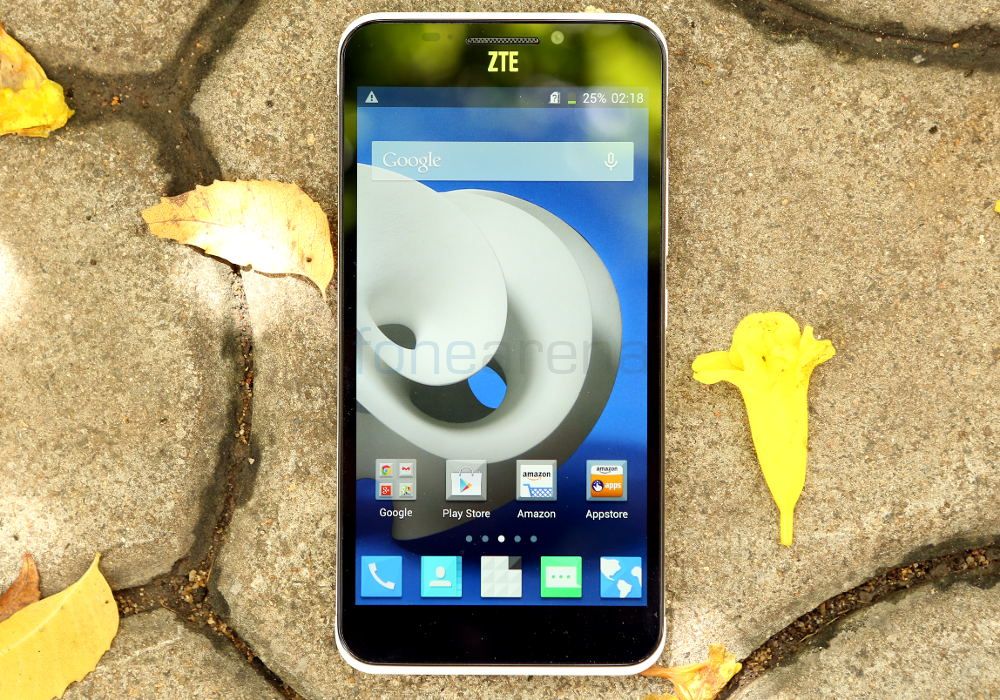 The ZTE Grand S II sports a 5.5 inch (1920×1080) IPS display that is bright and shows vibrant colors. Viewing angles on the phone are good however the sunlight visibility is poor. Also, the display is glossy and prone to fingerprint smudges but overall it is surely good for the price. The 5.5 inch screen of the phone does make it big for people with small hands. One hand operations are not easy as it becomes quiet clumsy to handle the phone. 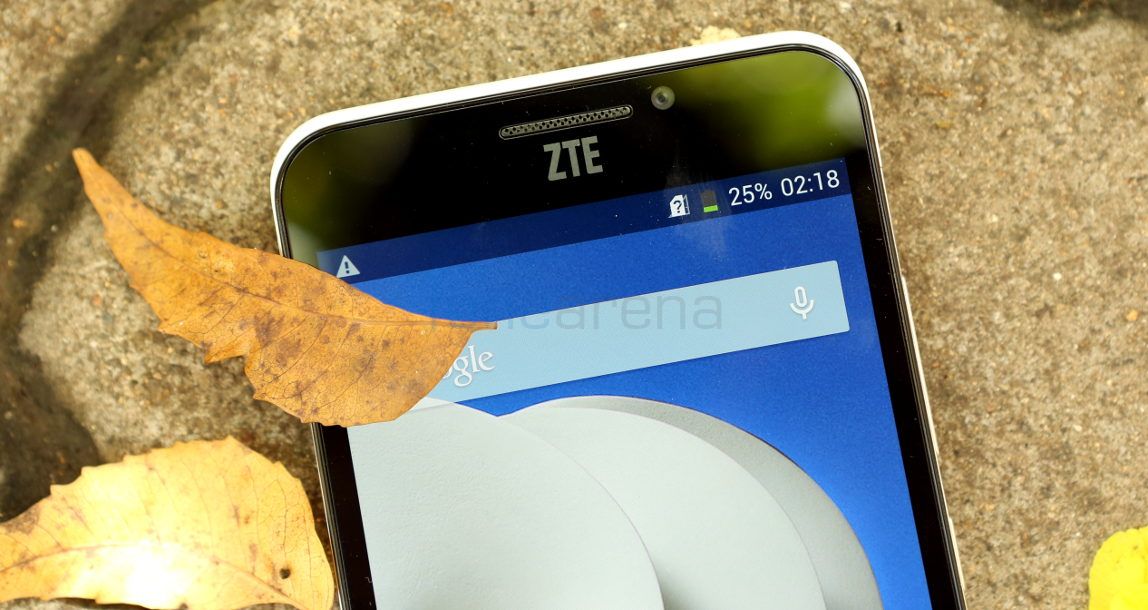 The phone has a 5MP front facing camera and takes pretty good selfies. It offers beauty and smile mode options where the former enhances the image and the latter automatically detects a smile and captures a photo. There is the ZTE branding in the center along with earpiece and LED notification on the left that is hardly noticeable. 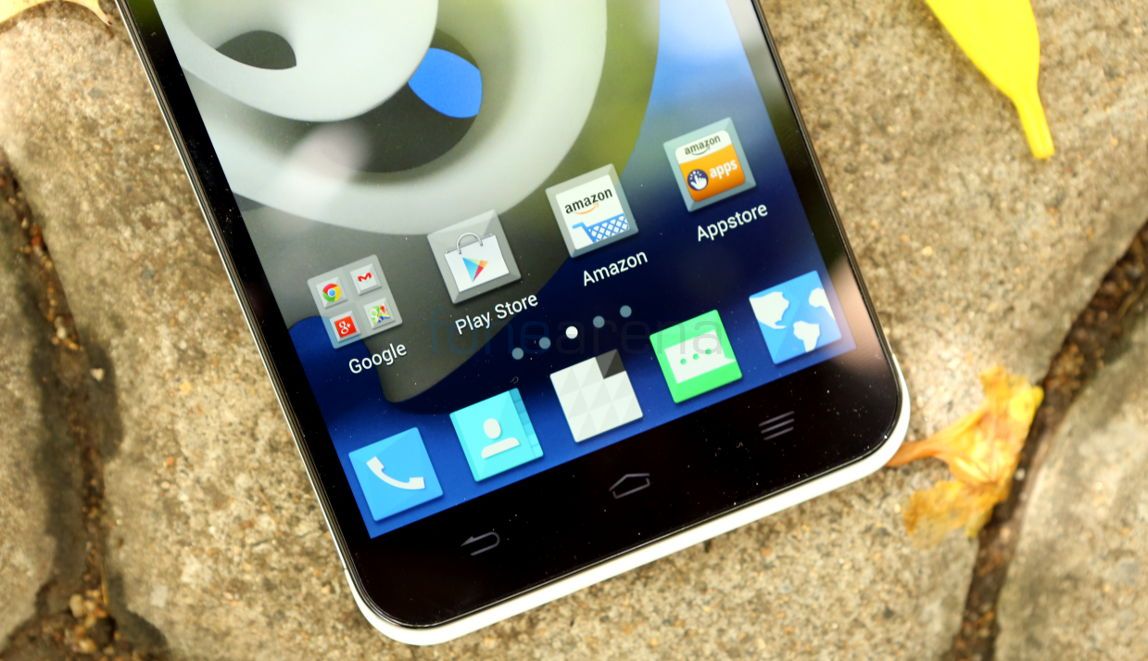 It has the usual set of capacitive buttons below the display. The phone is curved at the edges and has a decent build.. 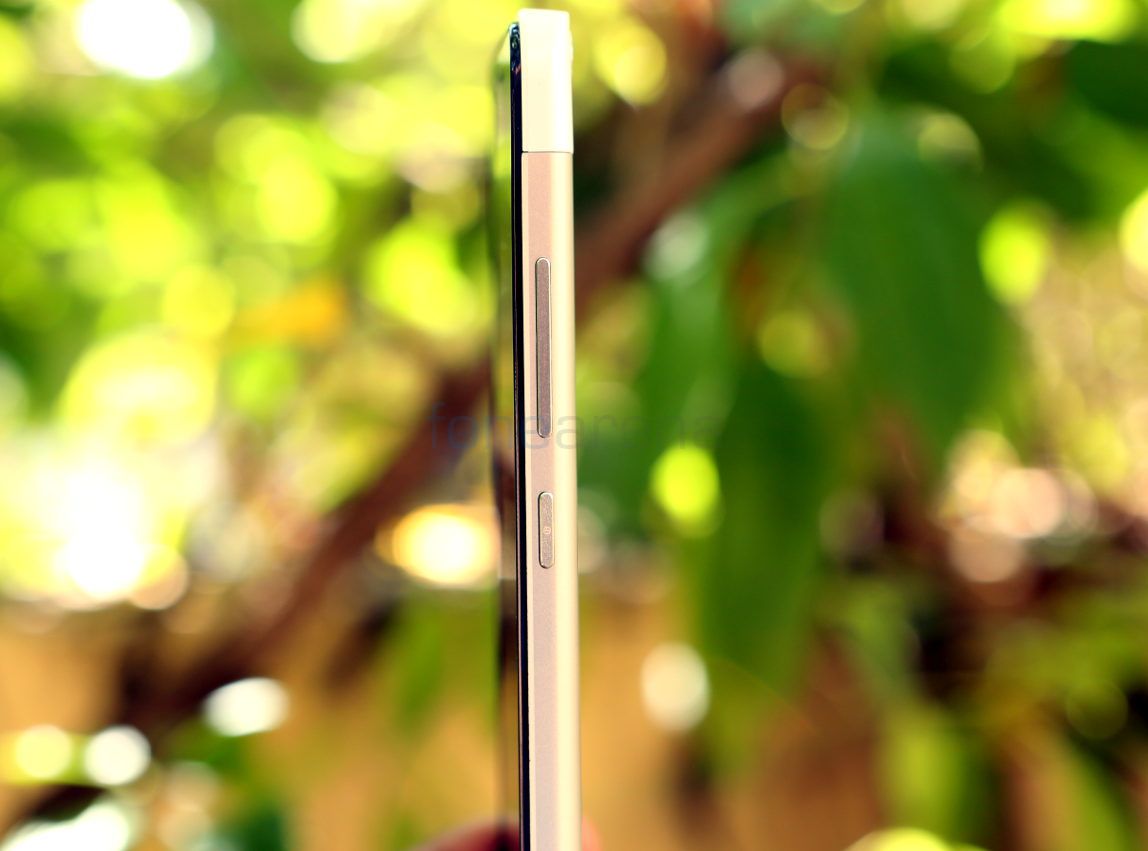 The volume rockers and power button are present on the right side along with the micro SD card slot. The left side has the SIM card slot while the 3.5mm audio jack is present at the top and the microphone and micro USB port are present at the bottom. The phone is 7.7mm thick and weighs 118 grams. 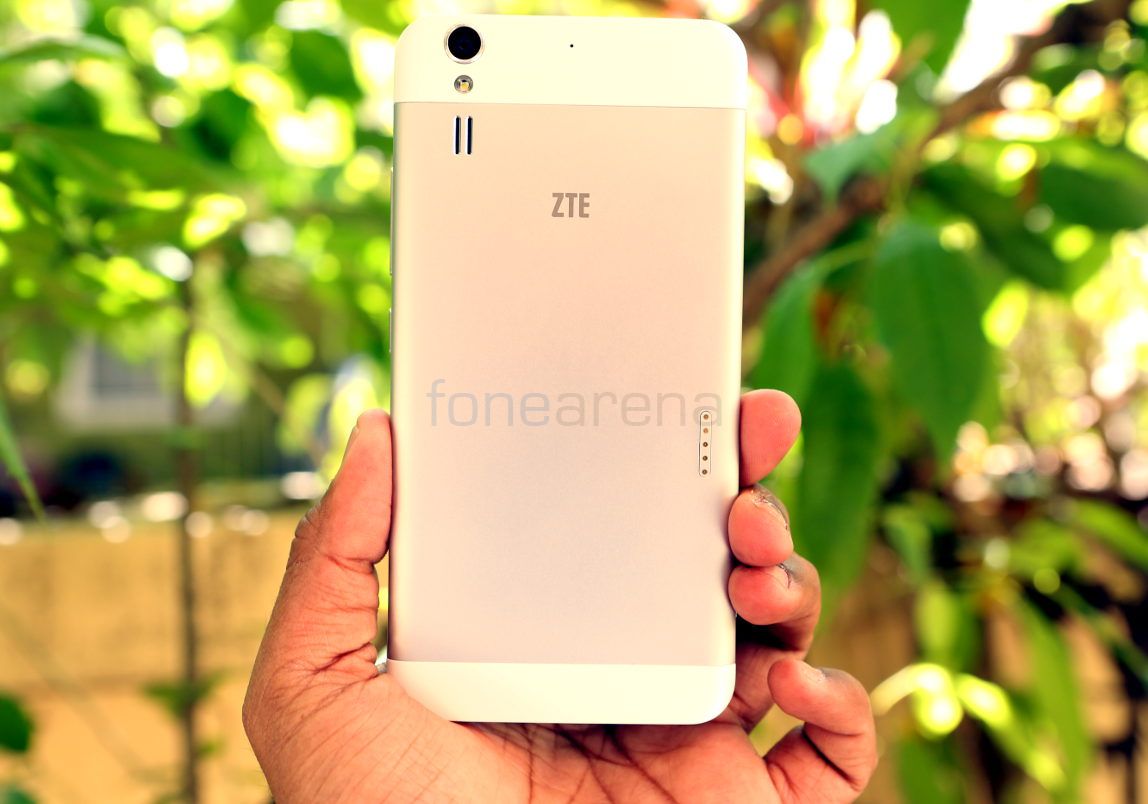 The ZTE has a non-removable metallic back cover that does not attract fingerprint marks also the plastic body of the phone feels bit cheap. It also has pogo pins for docking and charging. The 13MP rear camera with LED Flash and the secondary microphone are present on the back. There is a loudspeaker grill is present on the metallic part of the back cover below the flash. 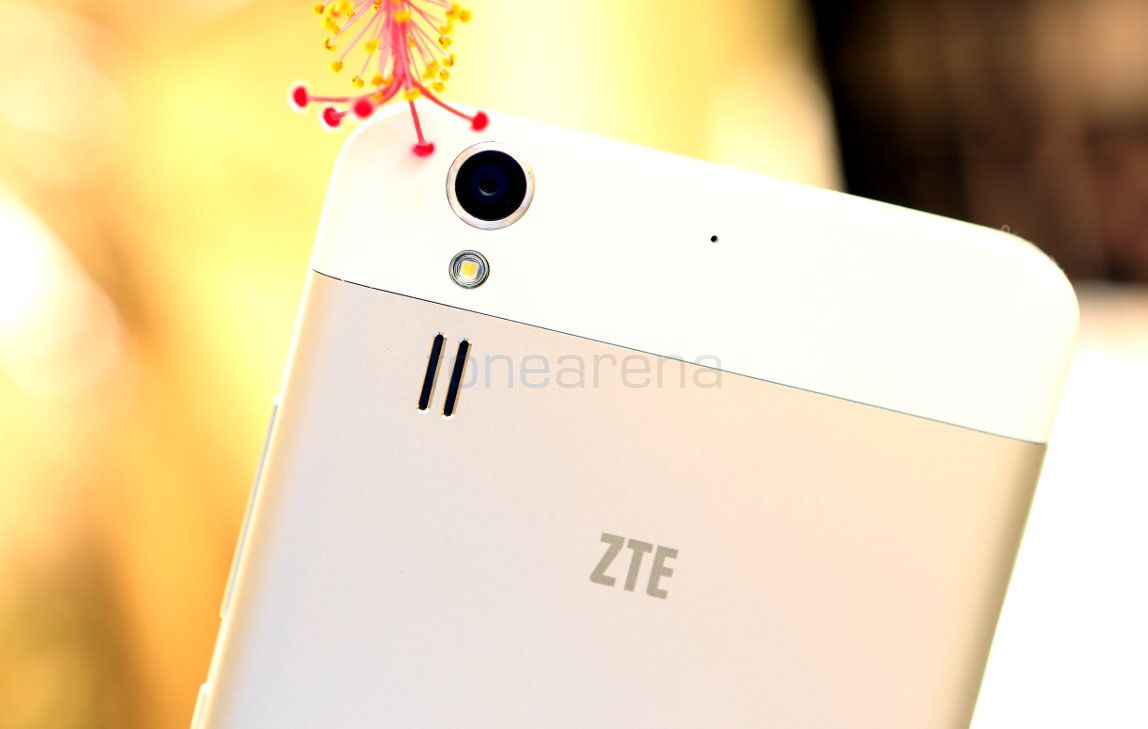 The 13MP rear camera with LED Flash does take good pictures. The daylight and close up shots were bright and crisp. There are several modes in the camera that are divided into Basic and Pro. The former has modes like Auto, Normal, HDR, Beauty, Panorama, Low Light while the latter has modes like Photo Clear, Smile, Reprojection and Group Shot. Low light images has a lot of noise came out blurry without any sharpness. Finally, images with flash are good and tries not to overdo it.

Check out the camera samples (click to view these images in full resolution) below. 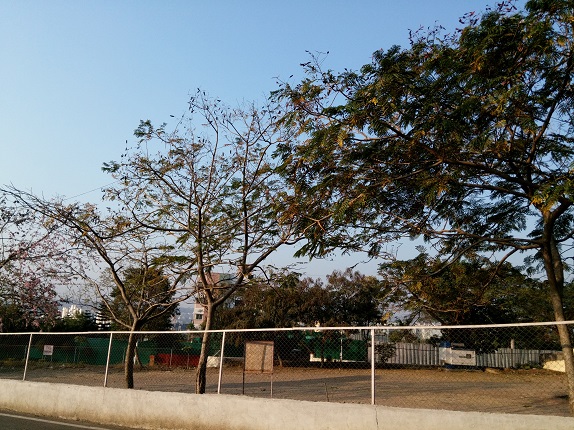 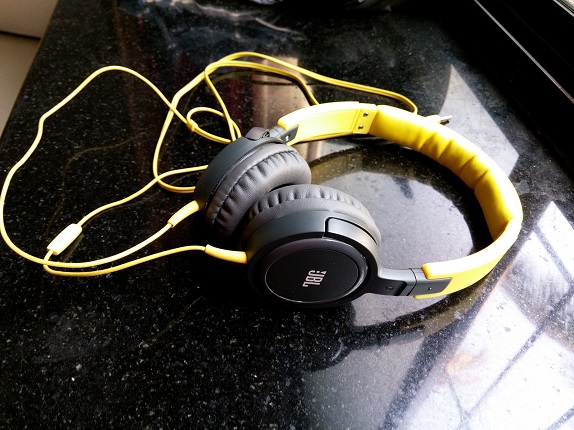 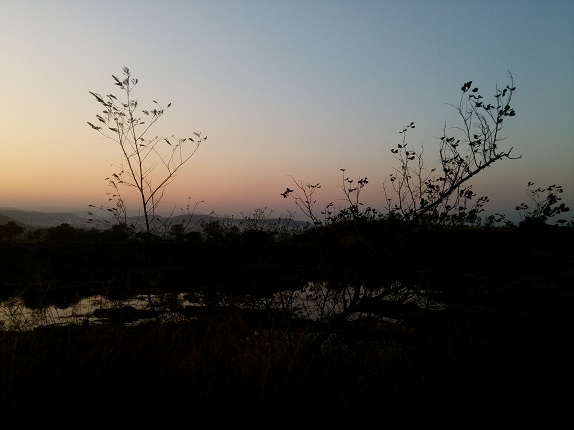 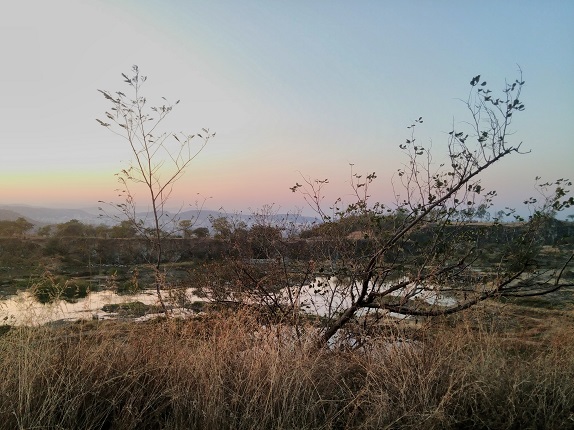 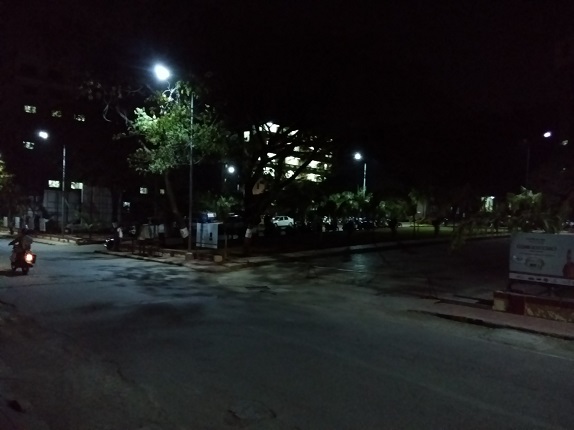 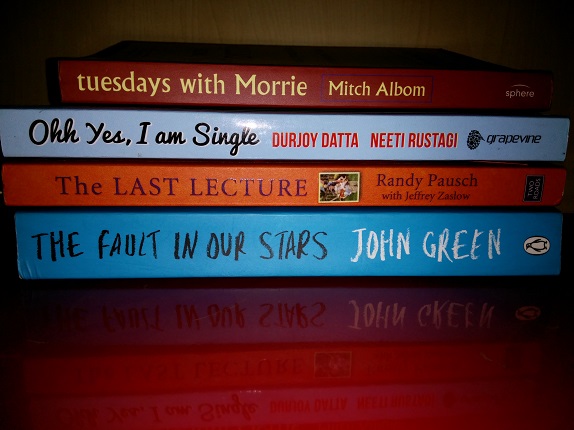 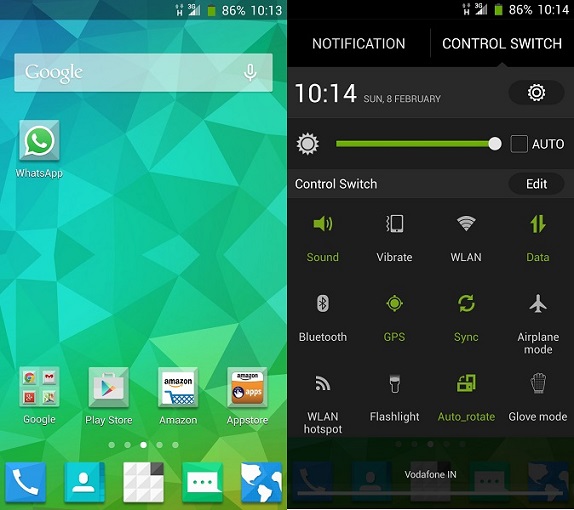 The phone runs on Android 4.2 Jelly Bean and has ZTE’s Mifavor UI running on top. The UI is pretty standard but smooth. You can choose from three types of screen effects like natural, colorful and gorgeous. The notification center and home screen has basic functions that can be customized as per your needs. 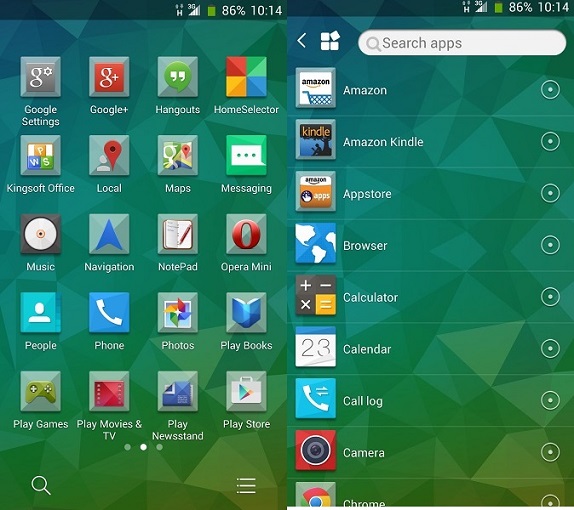 The app icons are quiet big and square in shape. They appear vertically when at the time of searching. However, ZTE does not offer any additional inbuilt apps except for the usual lot from Google. 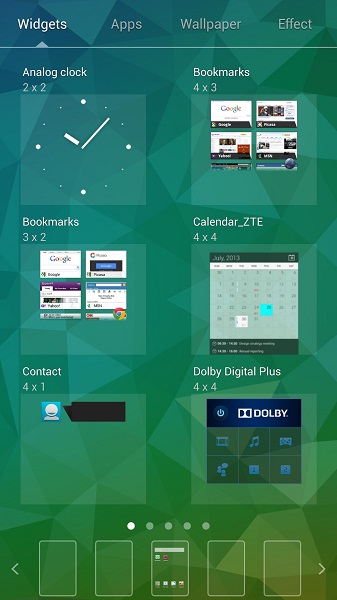 There are several widgets that can be added to multiple screens on the phone. 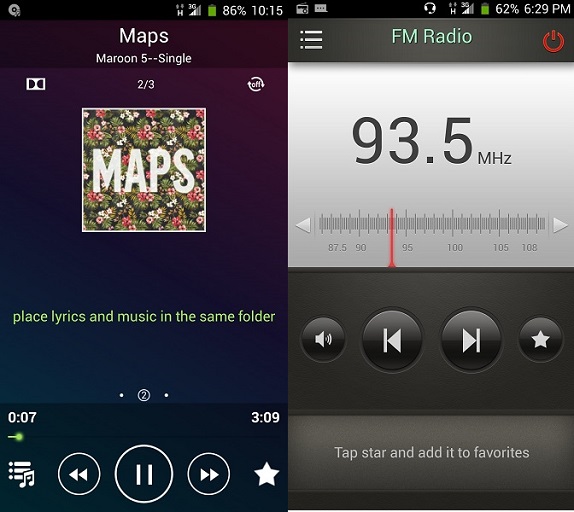 The audio listening experience on the phone is pretty decent and offers good quality music via earphones. However, the loudspeaker sound could have been better. It is low and does not deliver crisp clear sound. The radio functionality is also good and you can add a number of radio stations as favorite. 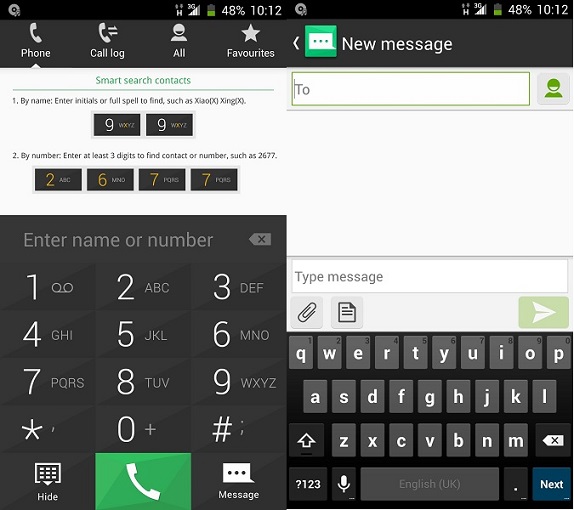 The dialer screen is pretty standard and you can search for a contact by typing either a initials or numbers. The keyboard of the phone is also traditional and you can add third-party keyboards like Swype or Swiftkey for better results. 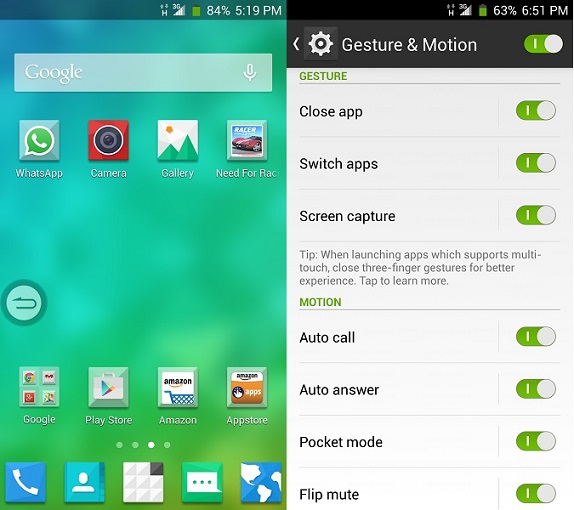 One of the key features of the phone is the gesture motion functionality that allows you to control certain functions of the phone with hand gestures. Once enabled, there are several functions where you can use gestures to access the phone like close running apps by sliding three fingers down, switch apps one by one by sliding three fingers left or right and taking a screenshot by pinching three fingers together. In case of motion functionality, the phone can automatically call a contact that you are messaging as soon as you put the phone close to you ear. On the other hand motion features include answering a call immediately by putting phone close to ear, turning over phone to silence the ringer during an incoming call and others. We tried all the gesture and motion and they were accurate and neat. However, we feel the gesture functionality is more useful than the motion one.

In addition, there is a Mi Pop feature that once enabled adds a button on the screen that lets you perform one hand operations. This button can be moved as per you convenience on the screen. Also, it is a nice addition that will allow users with small hands to navigate the phone easily. 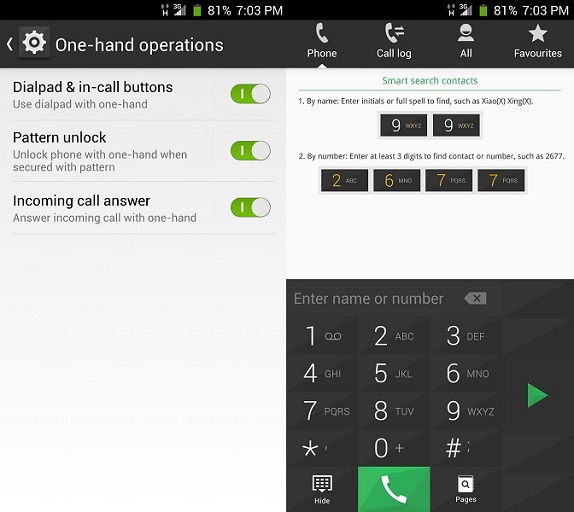 Moreover, the phone also includes a feature called One hand operations that lets you access certain aspects of the phone with one hand. Once enabled, the dialpad and in-call buttons will display in small size and you can type the green arrow on either side to shift the dialpad. This is also applicable for pattern unlock and at the time on answering an incoming call. There is also a glove mode on the phone that allows users to use the phone even with gloves on their hands. 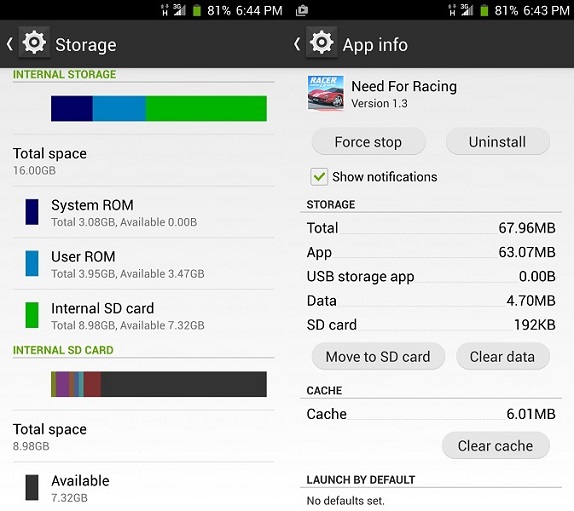 The phone has 16GB internal memory out of which system ROM is 3.08 GB while user ROM is 3.95 GB, out of which available is 3.47 GB and the internal memory is 8.98GB for mass storage. Also, apps that are compatible can be shifted to external SD card. The ZTE Grand S II is a single SIM phone and supports connectivity options like 3G HSPA+, EV-DO Rev.B, Bluetooth, Wi-Fi and GPS. 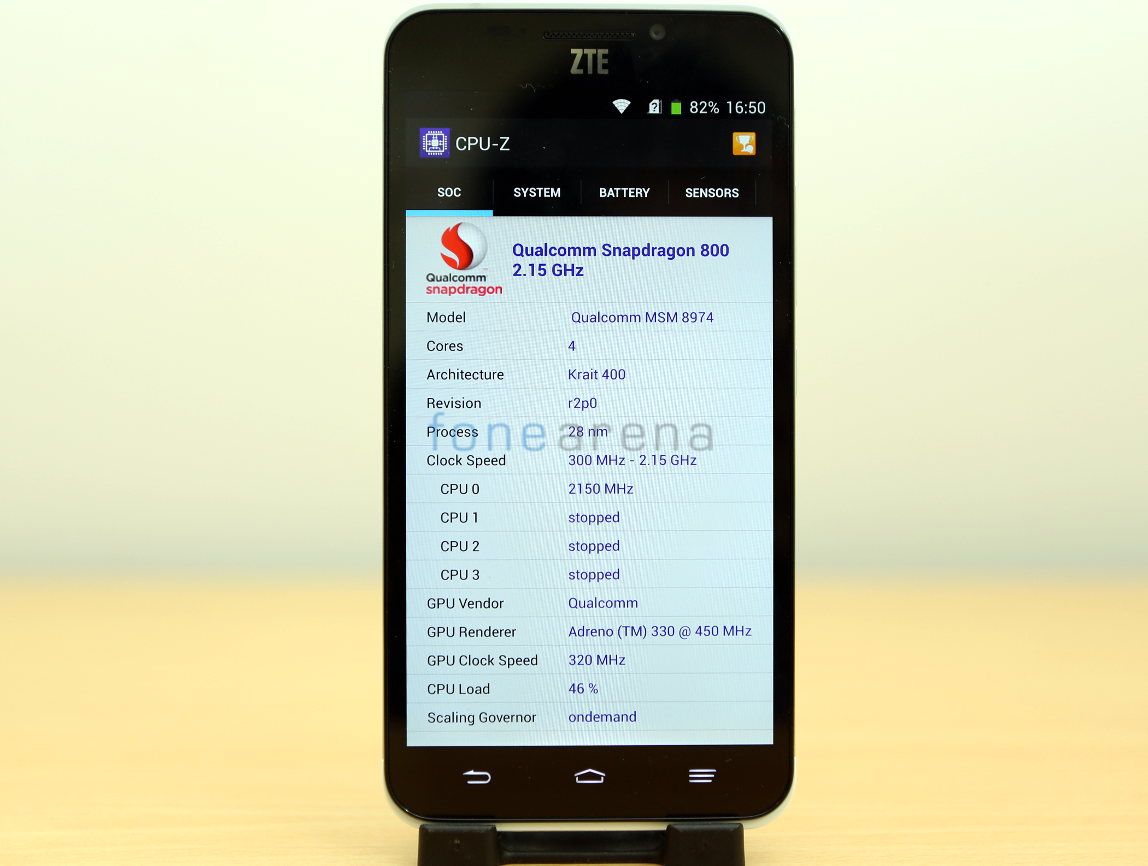 The ZTE Grand S II is powered by 2.2GHz Qualcomm Snapdragon 800 processor and has 2GB RAM. The performance of the phone is good and it did not lag or hang at the time of testing. The touch is also smooth and feels responsive. We even tried a couple of games on the phone like Real Racing and it did perform well. We will soon bring you the complete gaming review of the phone.

Check out the benchmark results here

The ZTE Grand S II has a 2500mAh battery. The phone’s battery does not drain easily when kept idle and lasts for more than 15-17 hours on a single charge depending about medium to high usage. We will bring you the battery test results soon for the device.

The ZTE Grand S II is a decent phone that has a bright display which gives justice to the 5.5 inch screen. One of biggest downsides of the phone is that it runs on Android 4.2.2 Jelly Bean and not even Android 4.4 KitKat. Also, ZTE’s Mifavor UI is not very attractive as compared to the ones we have seen on the phones from other smartphone makers. The camera on the device takes good pictures and offers various modes. The gesture motion functionality feature gives an extra edge to the phone. Overall, ZTE Grand S II is a smartphone that offers smooth performance along with good specs at the price of Rs. 13,999.