Samsung Exyos 7420 has made a visit to Geekbench 3.0 site. The upcoming Galaxy S6 is said to run on the Exynos 7420 processor under the hood. 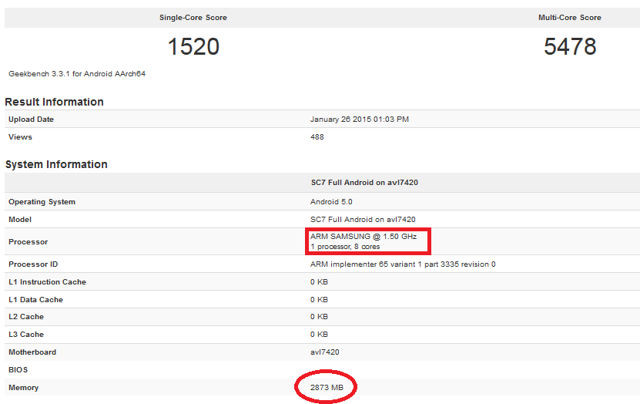 It is touted that the Exynos 7420 chipset was tested on a prototype of the Galaxy S6. As per the benchmarking site, the tested device is sporting 3GB RAM whereas previous reports had stated that the Galaxy S6 will be available in 4GB RAM. In addition, the listing also shows that the phone runs on Android 5.0. Samsung Galaxy S6 featured in AnTuTu benchmark last month. The Galaxy S6 is tipped to be launched at MWC in March.