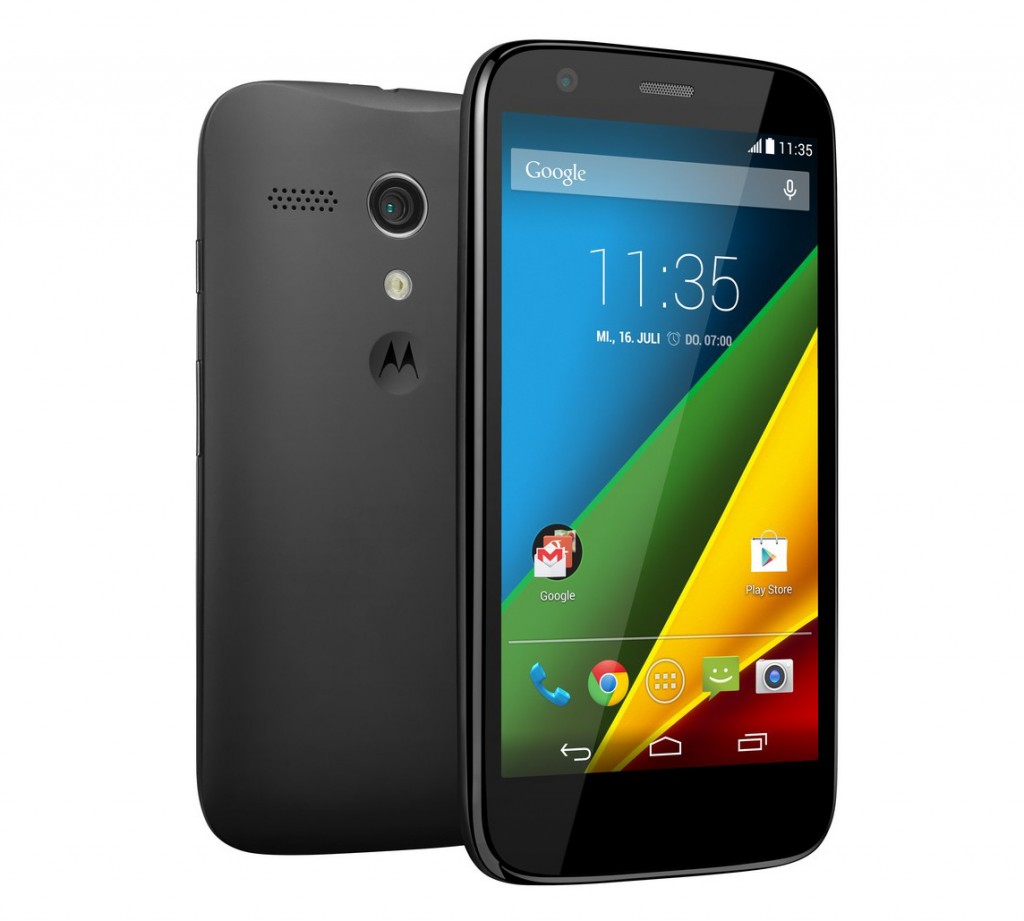 Motorola’s budget Moto G handset was one of the best value-for-money devices when it was announced back at the end of 2013 but came without support for the next-generation 4G LTE network. The Moto G 4G was announced six months later with some feature upgrades and this handset is now available in the UK from network Three.

All of Three’s plans come with unlimited text messages and free 0800, 0808 and 0500 calls and have a minimum 24 month contract. All of Three’s handsets come unlocked which means if you choose you to buy the Moto G 4G on Pay As You Go for £129.99 from Three, you’ll be able to use any network SIM card in the handset.

The Moto G 4G picks up where the Moto G left off and sports a 4.5 inch 720p HD display protected by Gorilla Glass 3. The handset runs on Android 4.4.4 KitKat with the Android 5.0 Lollipop update just around the corner whilst under the hood, the Moto G 4G is powered by a 1.2GHz quad-core processor with 1GB RAM and 16GB internal storage. On the back is a 5MP camera with 1080p video recording whilst the front facing snapper is a 1.3MP unit and the whole package is powered by a non-removable 2070 mAh battery.