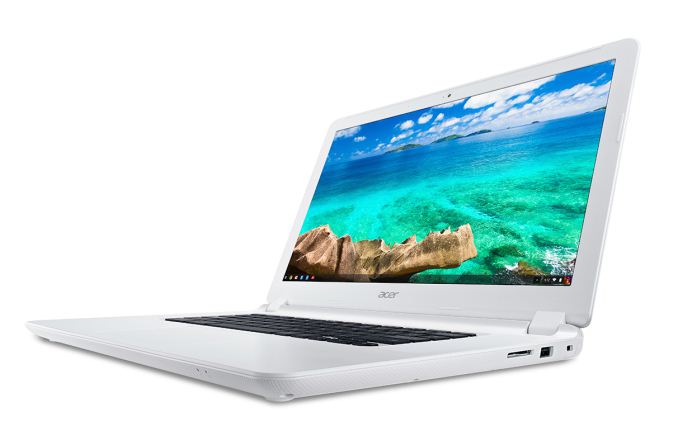 The Chromebook 15 will also feature Intel’s new fifth-generation Core i3 or Celeron processor. Acer says these new Broadwell-based chips will allow the laptop to reach 8 hours of battery life on a single charge. Storage options range from 2GB or 4GB of RAM or either a 16GB or 32GB SSD. The Chromebook weighs 4.85 pounds and measures 15.4 x 10.08 x 0.95 inches. It has the largest touchpad available on any Chromebook device.

Other features of the Chromebook 15 are dual-band, MIMO 802.11ac Wi-Fi and Bluetooth 4.0. As for hard connections, this model offers one USB 3 and USB 2 port each, along with HDMI and an SD card reader. The Acer Chromebook 15 will be available in several configurations in the U.S. and price start at $249.99.

In addition, Acer has also updated its current Chromebook 13 with touch screen. It will start at $329.99 and be available later this month. Acer will display its new Chromebook at CES 2015 this week.
via