HTC has teased a new image that hints at a smartphone launch at CES 2015. The Taiwanese manufacturer has shared an image with the tagline “Always Desire more” on its social media channels in China, along with a reveal date of January 6. 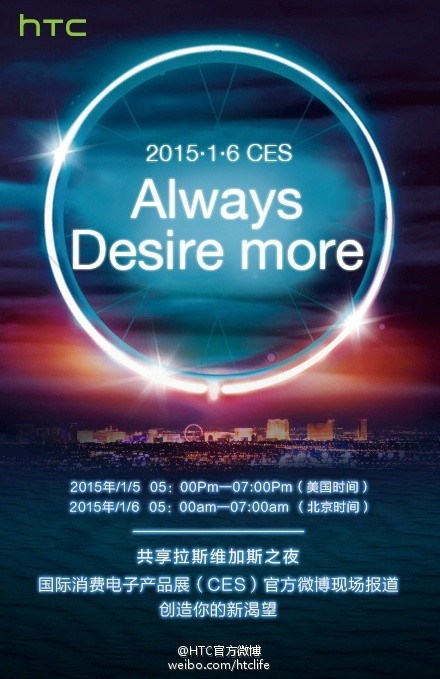 Specs about the upcoming Desire phone are not available at present. As HTC has recently launched the Desire 820, it is not likely that it will launch its successor so soon. Popular leakster @upleaks has also stated that the next Desire which is touted as “selfie phone” is codenamed A-52 and will likely have a 13MP front facing camera. The phone will support Dual SIM and will hit Asian markets like India, Singapore, Indonesia and so on.

Meanwhile, specs of HTC Hima has been leaked and appeared on AnTuTu benchmark with all the specs. The phone is also tipped to be announced at CES 2015.
via