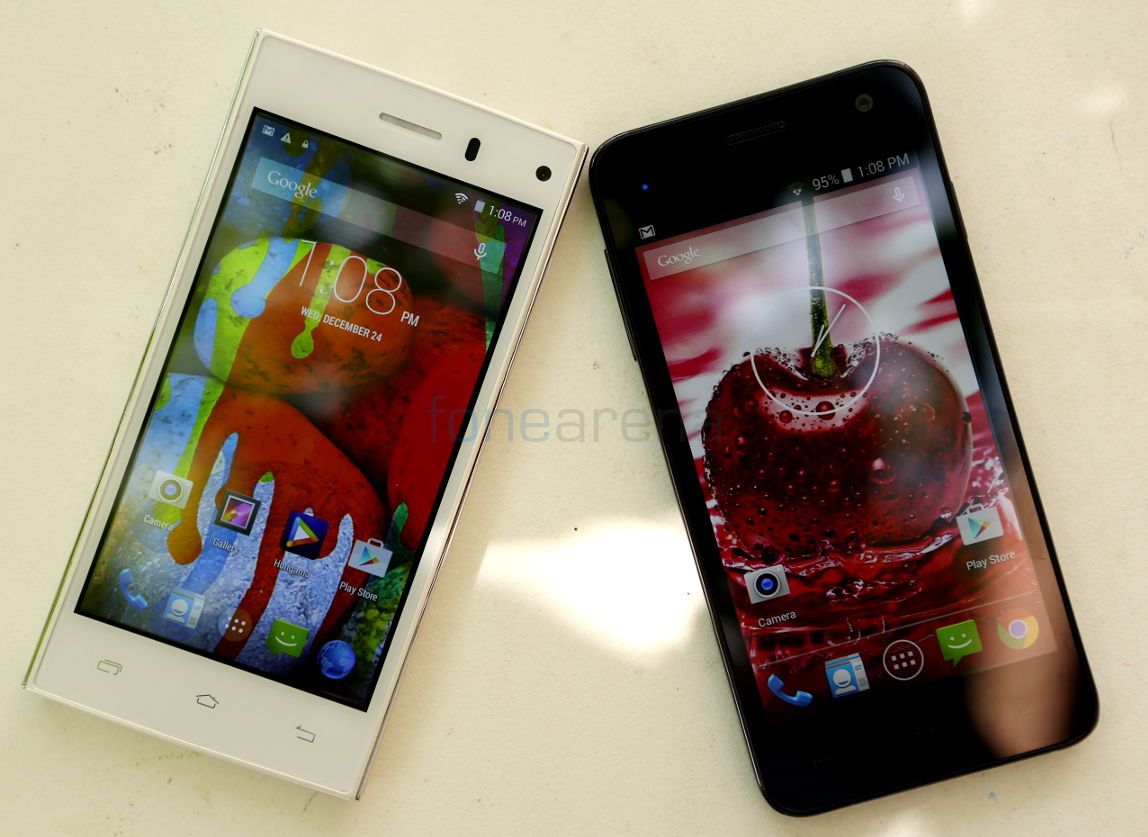 In recent months several Indian smartphone manufacturers have targeted low-mid range segment. Smartphones in this category are compact, offer a small screen that is less than 4.5-inches, and offer specifications usually seen in mid-range smartphones that are priced over Rs. 10,000. The Obi Alligator S454 and Lava Iris X1 belong to this category, so we decided to compare these smartphones. The Obi Alligator S454 was launched last month for Rs. 6,450 and the Lava Iris X1 was originally launched back in May for Rs. 7,999 and the company relaunched the smartphone in August in 8GB variant for the same price. 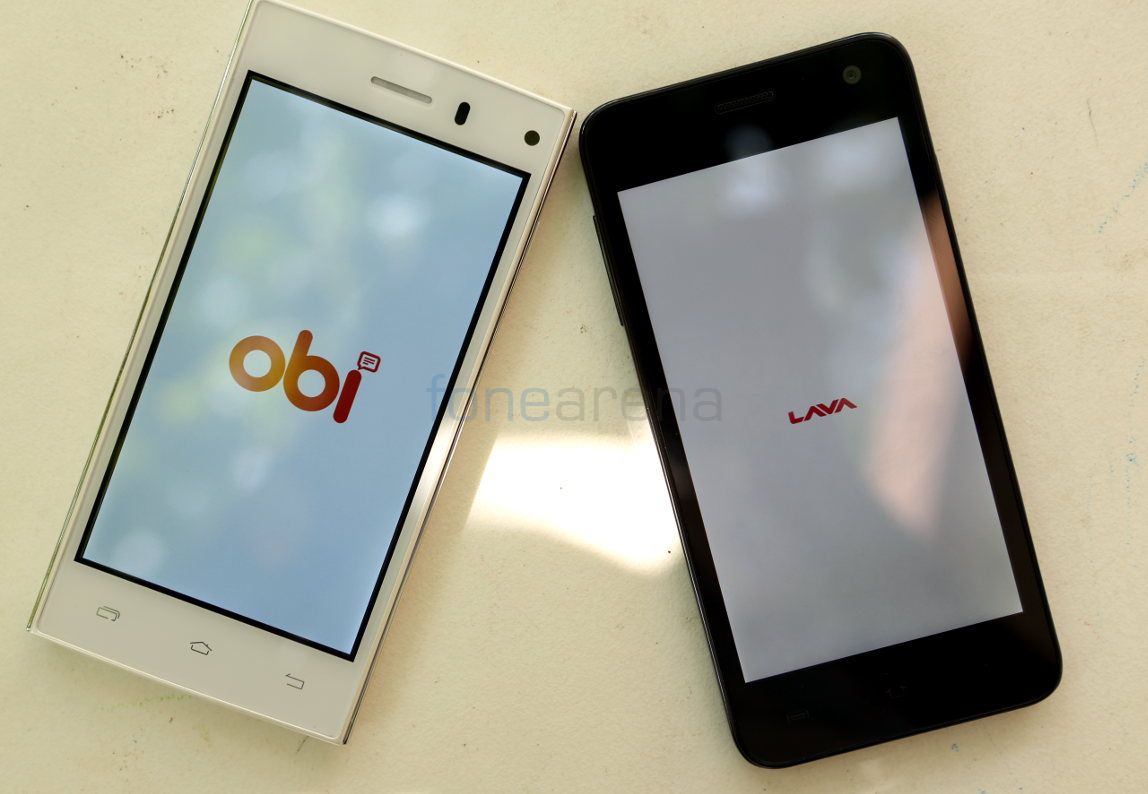 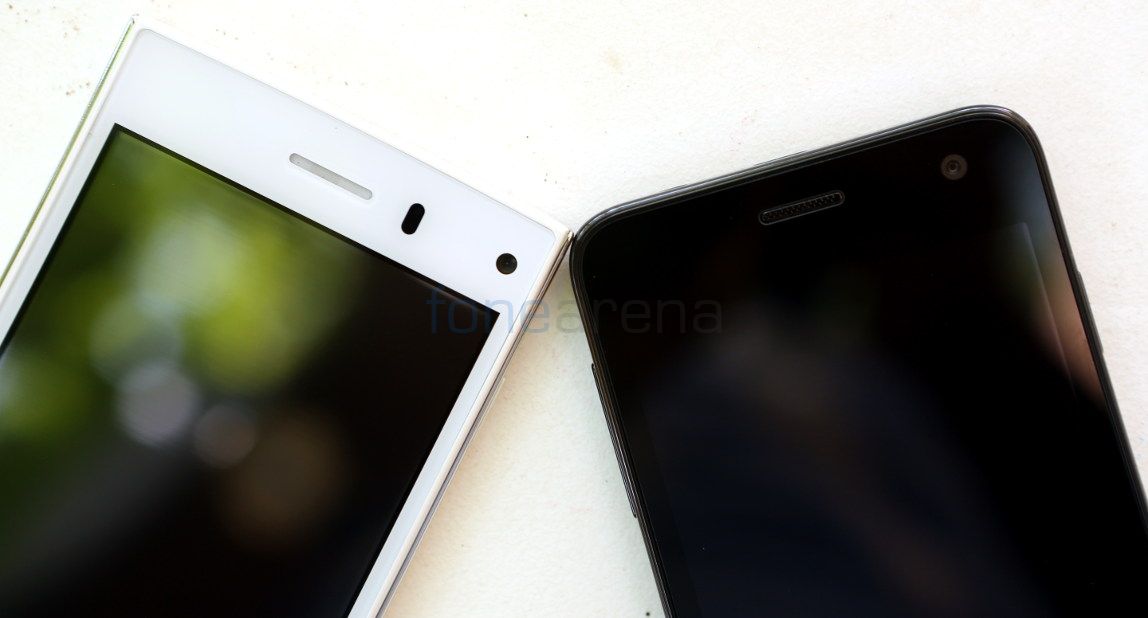 Both the smartphones have a 2-megapixel fixed-focus front-facing camera and have the usual set of proximity and ambient light sensors. 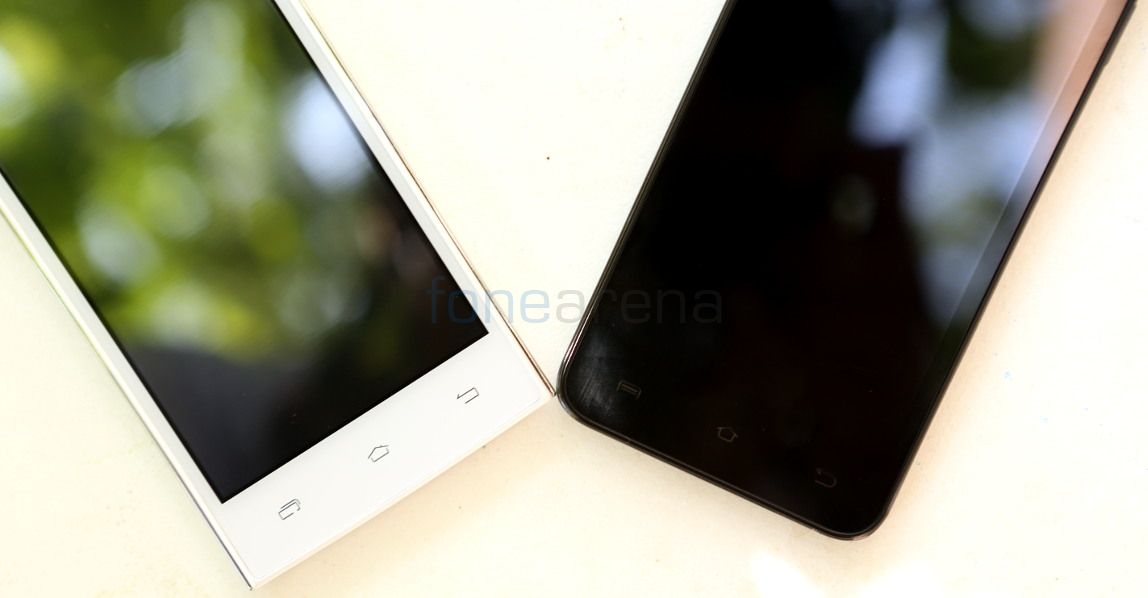 These also have the usual set of capacitive touch buttons below the display. 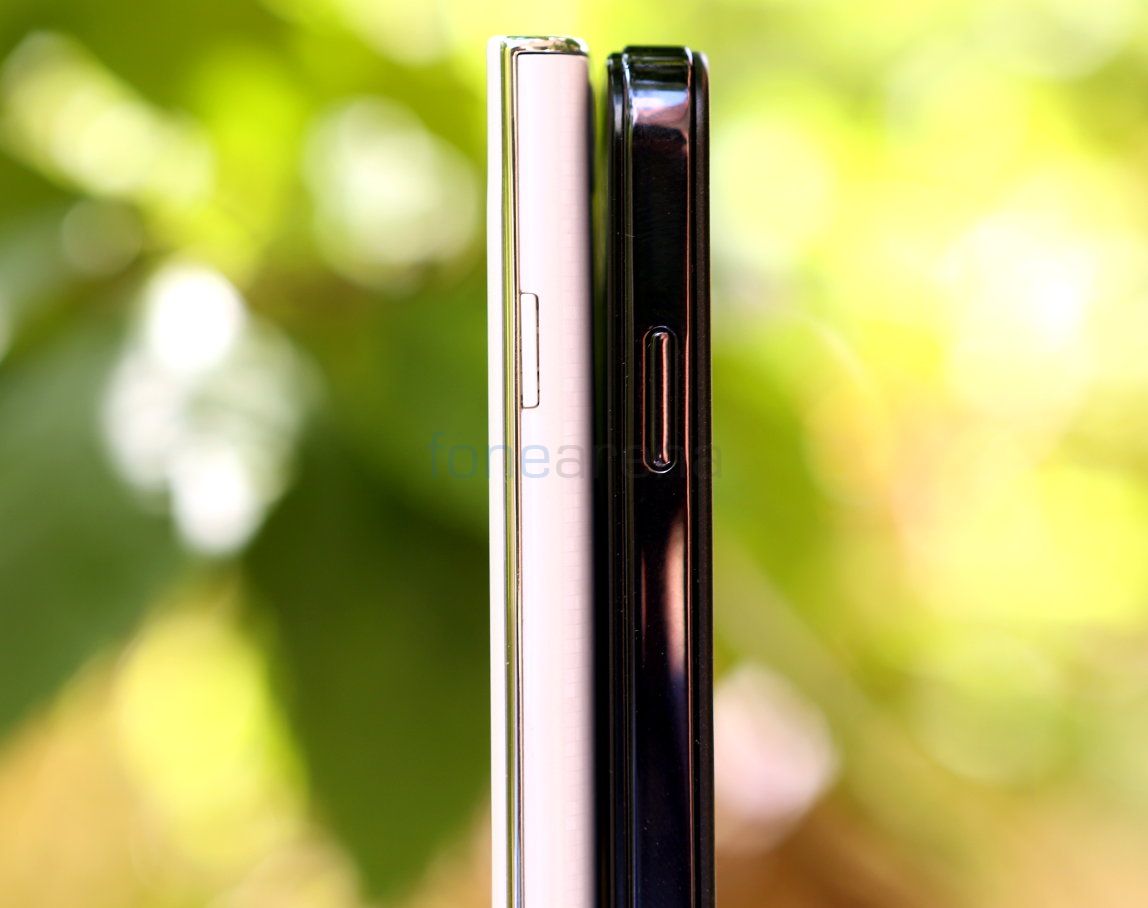 The Iris X1 has a glossy finish on the sides that makes the device slippery, while the Obi’s textured back cover extends to the sides and it has a shiny rim running on the sides. The Obi Alligator is just 8.2mm thick, slightly thinner than the Lava Iris X1 that is 8.9mm thick. All the slots and the button placements are similar in both the smartphones. 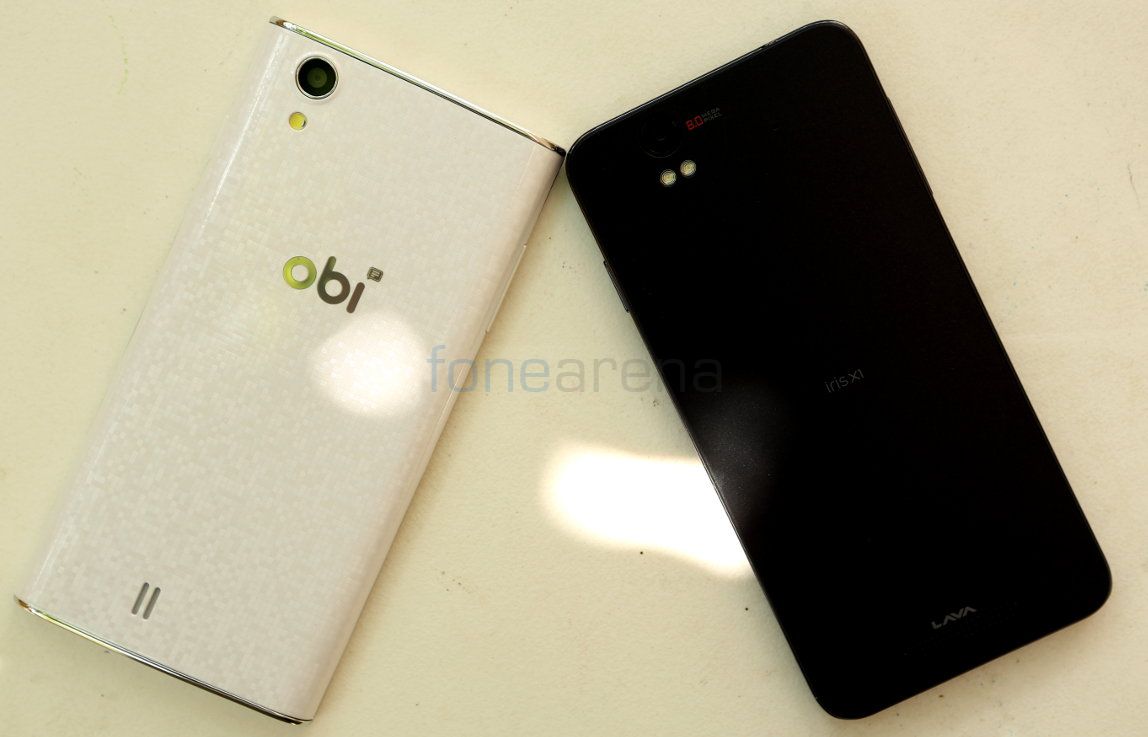 The back cover on the Obi Alligator S454 has a unique pattern, similar to the Nexus 4, while the Iris X1’s removable back cover has a matte finish and the design of the smartphone is similar to the iPhone. Coming to the build quality, both the smartphones have a solid build quality and feels premium. Even though the Obi Alligator looks huge, it weighs just 120 grams, compared to the Lava Iris X1 that weighs 138 grams. 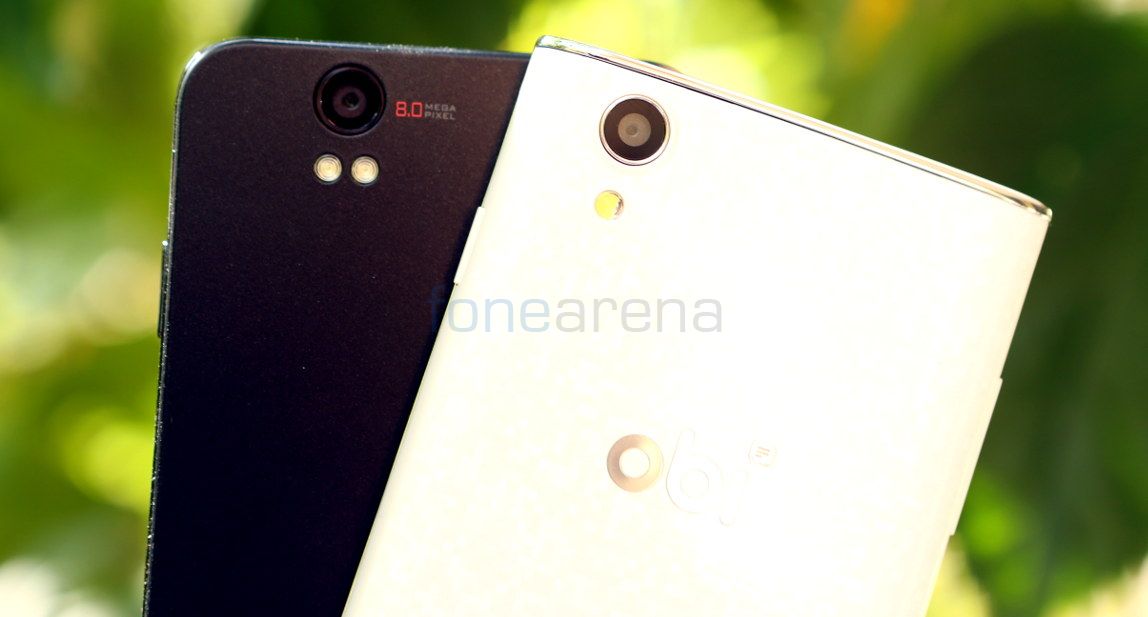 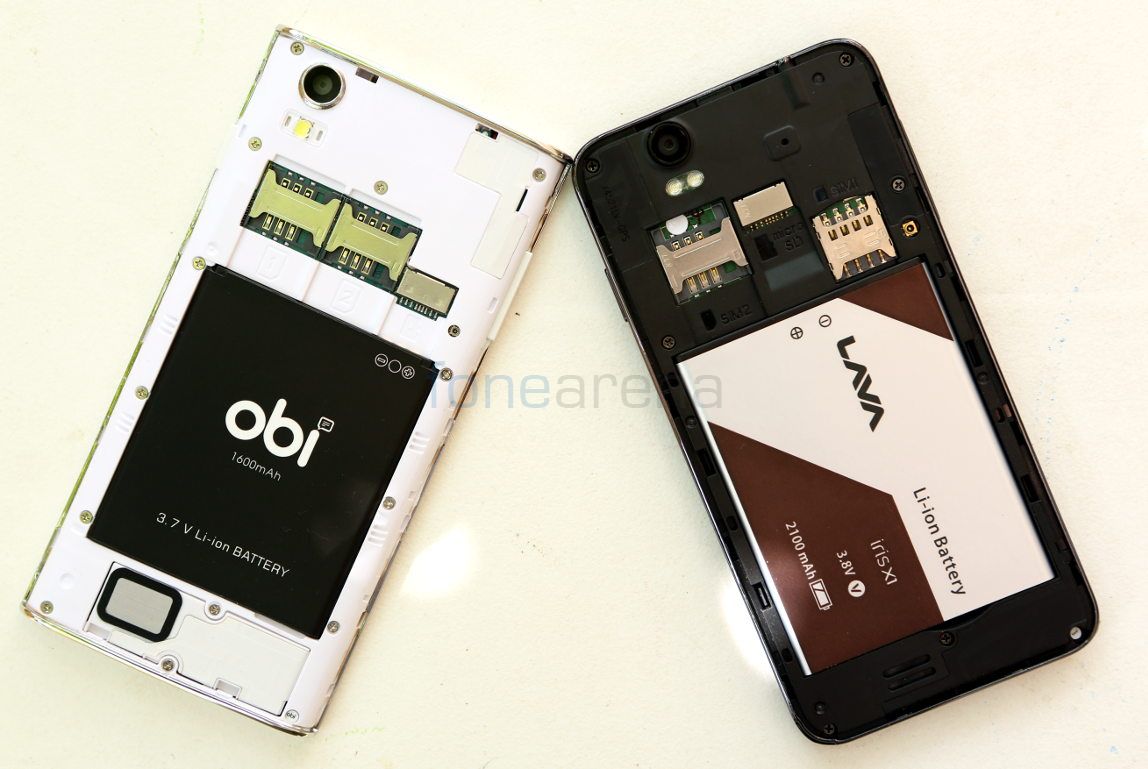 Both the smartphones have Dual SIM support, microSD expansion slot and a removable battery, which is commonly seen on smartphones in this price range. The Obi Alligator has a 1600mAh battery and the 8GB variant of the Iris X1 has a 2100mAh battery. 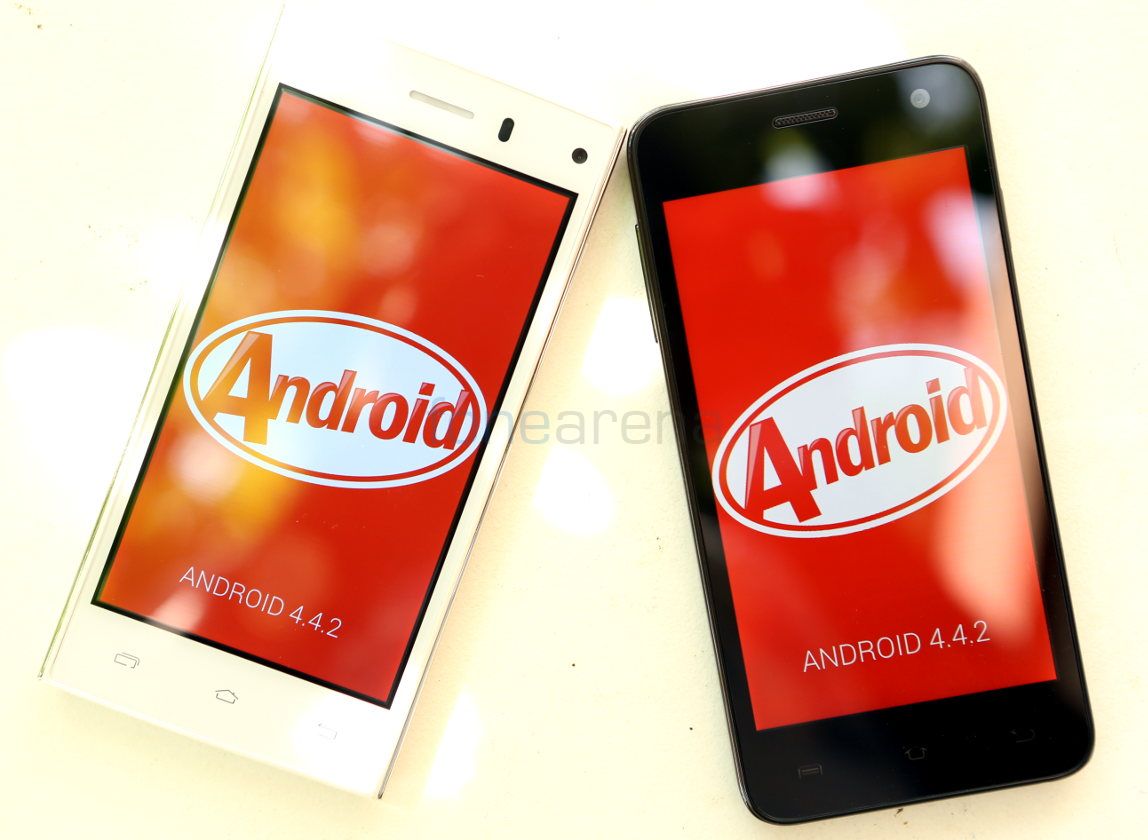 Both these run on Android 4.4.2 (KitKat). The Obi Alligator has a mild skin on top of Android and has a custom skin on notification area, while the Lava Iris X1 is almost stock. 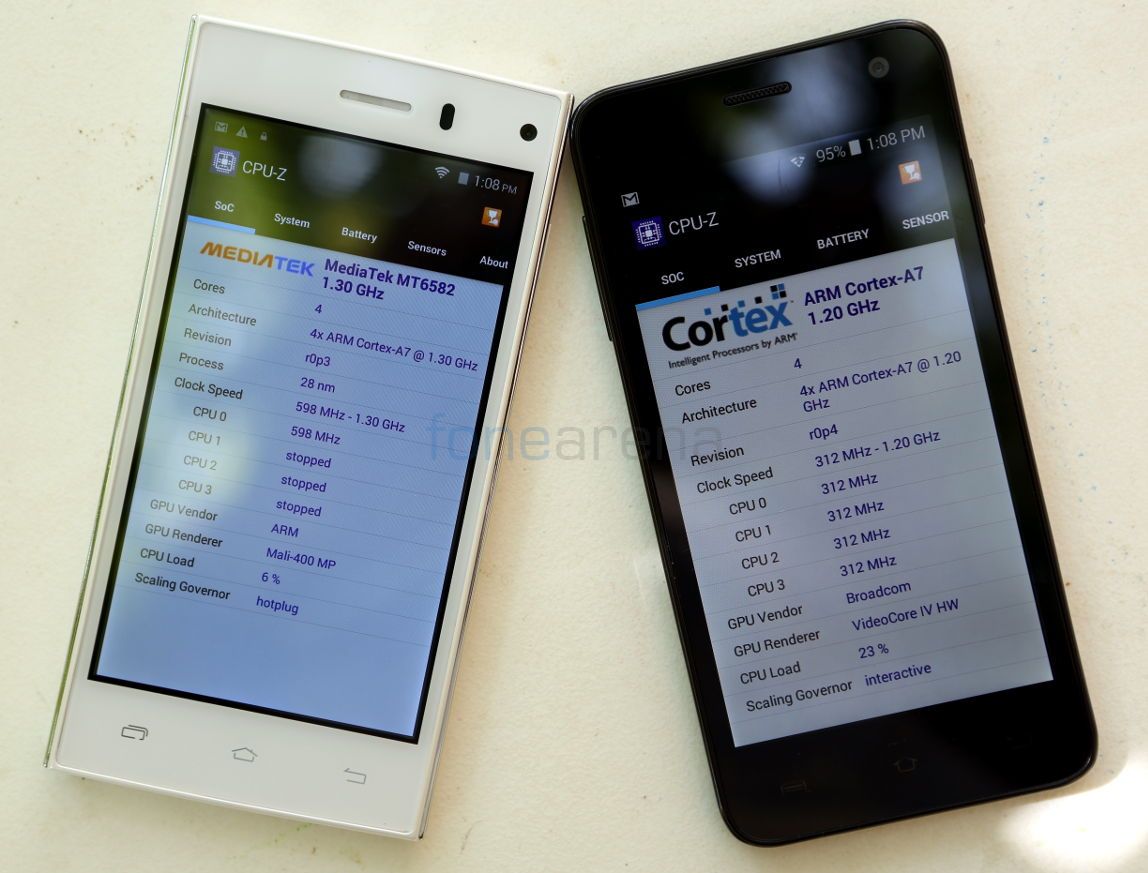 The Obi Alligator is powered by a Quad-Core MediaTek MT6582 processor which has four ARM Cortex-A7 cores clocked at 1.3 GHz per core and has 1GB of RAM. The Iris X1 is powered by a Quad-Core Broadcom BCM23550 processor which also has four ARM Cortex-A7 cores, but this is clocked at 1.2 GHz per core. It also has 1GB of RAM. The Obi Alligator’s performance is good, and the UI is smooth without any lags. As we had already mentioned in the Lava Iris X1 review, the BCM23550 chip from Broadcom is not as powerful as its competitor from MediaTek, hence performance is below average and the UI is laggy.

The Obi Alligator has Mali 400 MP2 GPU, which offers better performance and graphics in gaming, while the Videocore IV GPU is not the best since most high-end games had frame drops and are laggy. 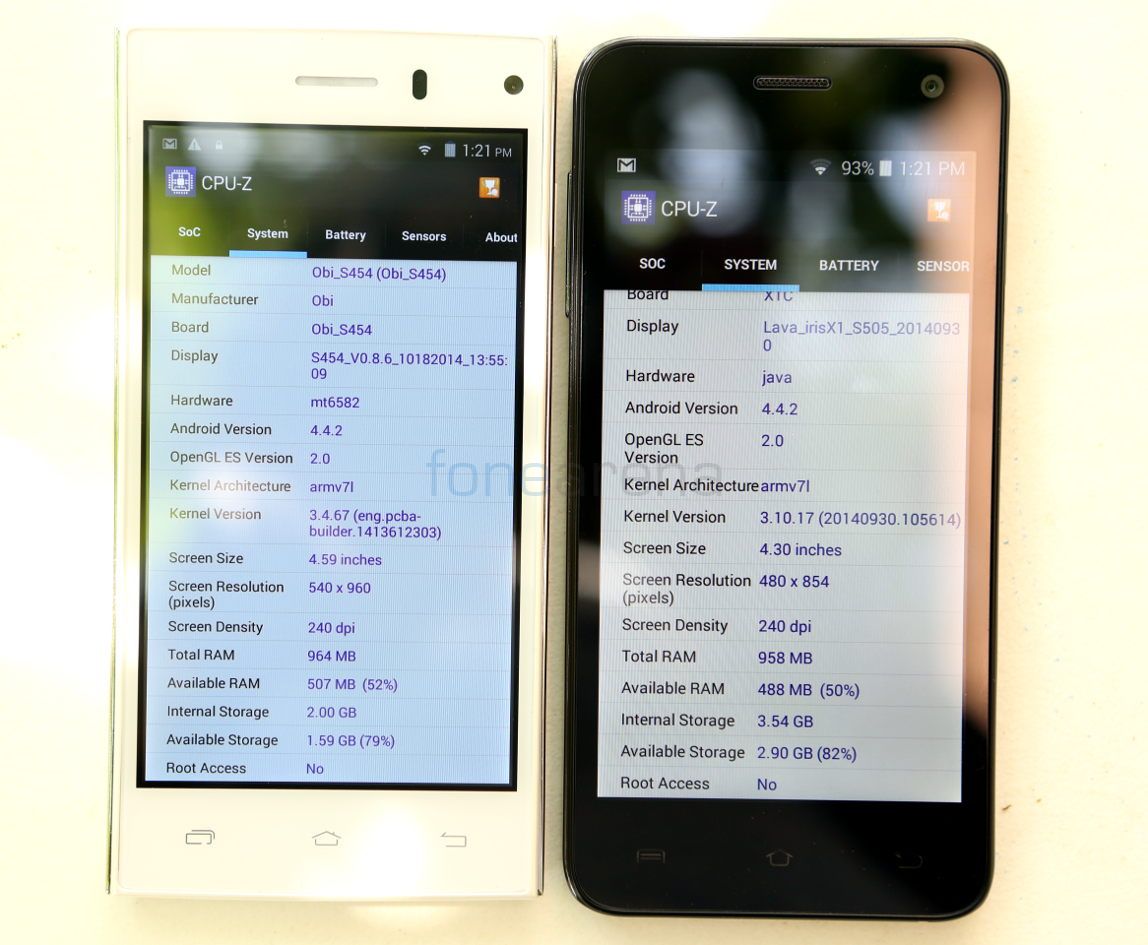 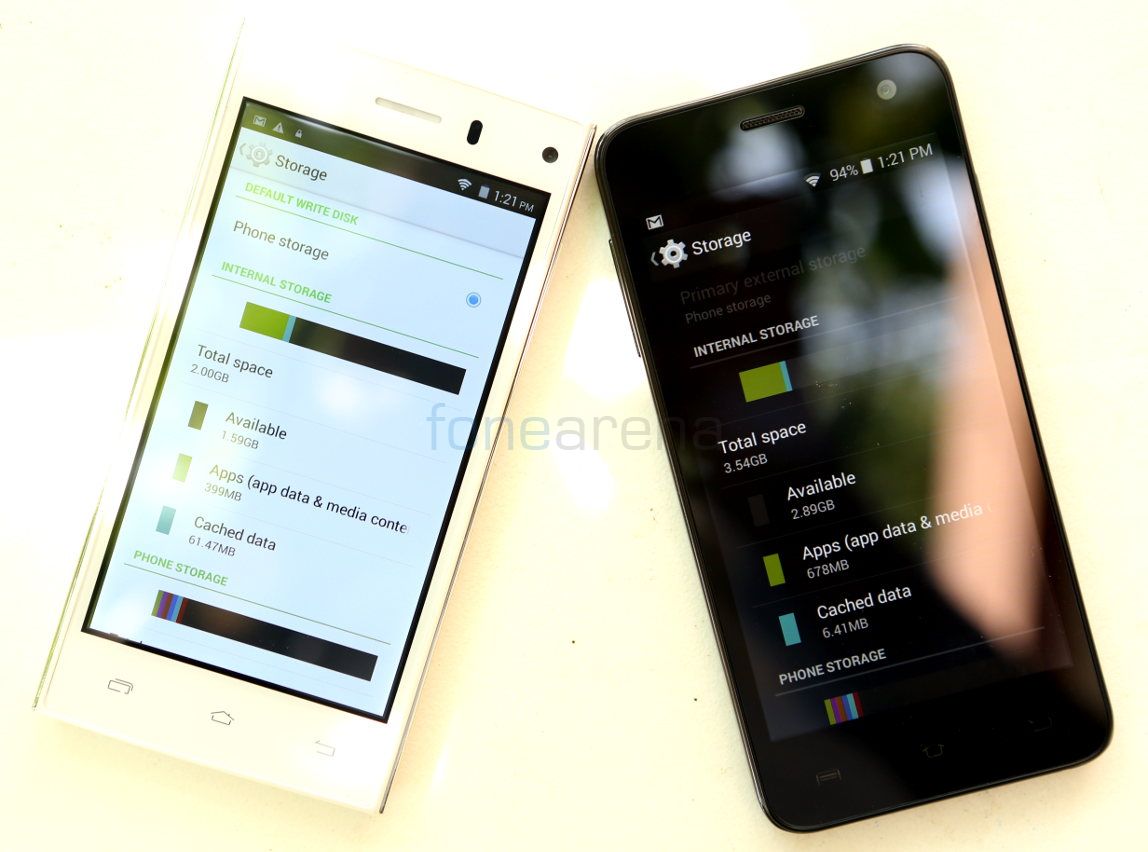 In the end, the Obi Alligator is better in several aspects compared to the Lava Iris X1 and is also cheaper. It is definitely a good value for money smartphone.