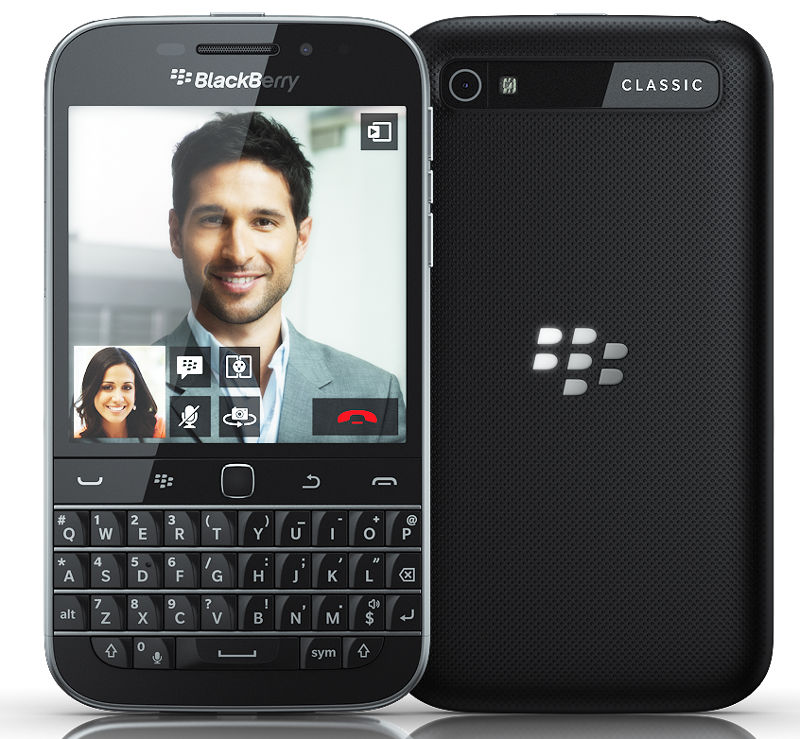 BlackBerry just launched the BlackBerry Classic, their latest smartphone with a full QWERTY physical keyboard at an event in New York. It comes with a 3.5-inch (720 x 720 pixels) touch screen display at 294 PPI pixel density. This is the largest ever on a BlackBerry QWERTY smartphone, larger than the BlackBerry Q10 that was launched last year. It has a 35-key QWERTY physical backlit keyboard with wider layout and larger sculpted keys and navigation keys. It is powered by a 1.5 GHz dual-core Qualcomm Snapdragon S4 processor, packs a 2GB RAM, 16GB of inbuilt memory and supports microSD cards up to 128GB. The 2515 mAh battery promises of up to 22 hours of mixed battery life.

It has a 8-megapixel auto focus rear camera with LED Flash and 1080p full video recording. There is a 2-megapixel front facing camera with that supports 720p HD recording. It runs on 10.3.1 that adds updated icons and an instant action bar. Apart from the BlackBerry World app store, it comes with Amazon Appstore so that you can add Android apps directly.

The BlackBerry Classic went on pre-order last month for US$449 / CA$499 / 349 GBP / 429 Euros in the US, Canada, UK, France and Germany, respectively. All the pre-orders will be shipped by next week. BlackBerry says that the Classic will be available starting today through local carriers around the world. It will also be available unlocked through BlackBerry and Amazon’s online stores. New orders will ship over the coming weeks since there is a huge demand, says BlackBerry.