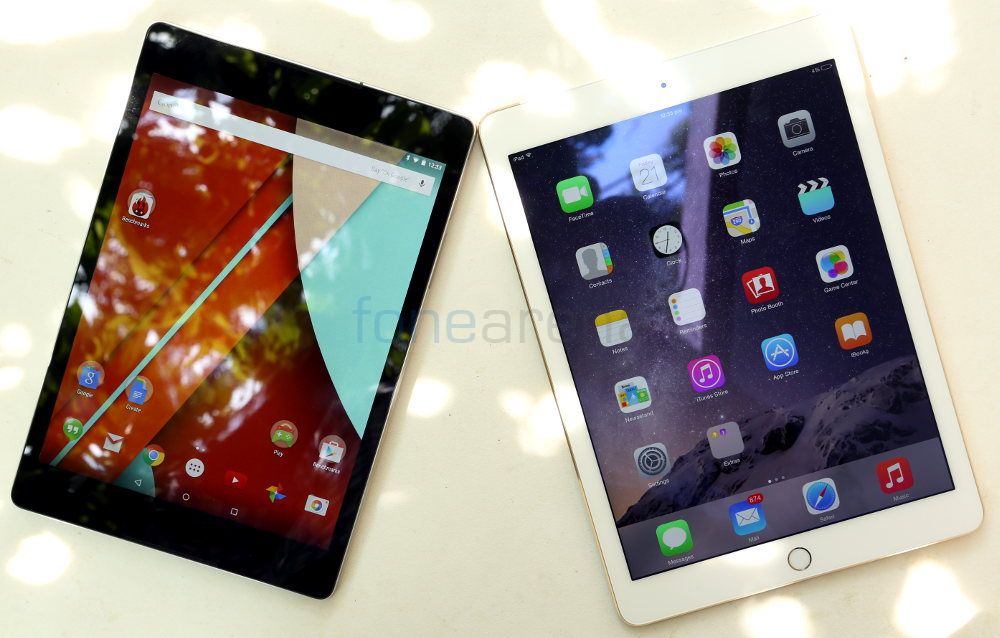 Google announced the Nexus 9 tablet made by HTC last month. We brought you the hand-on and the photo galley of the Nexus 9 followed by the unboxing. Now lets compare the Nexus 9 with recently announced Apple iPad Air2.

Nexus 9, the successor of the Nexus 7 has a 8.9″ (2048×1536 pixels) IPS display with Corning Gorilla Glass 3 protection. It is powered by a 2.3GHz Dual Denver Nvidia Tegra K1 64-bit processor with 192-core Kepler GPU and comes with 2GB of RAM. On the other hand iPad Air 2, the successor of the iPad Air has a 9.7 inch Retina Display with 2048×1536 resolution at 264 ppi and comes with anti-reflecting coating. It is powered by a faster A8 chip based on 2nd gen 64-bit architecture and a M8 motion coprocessor. 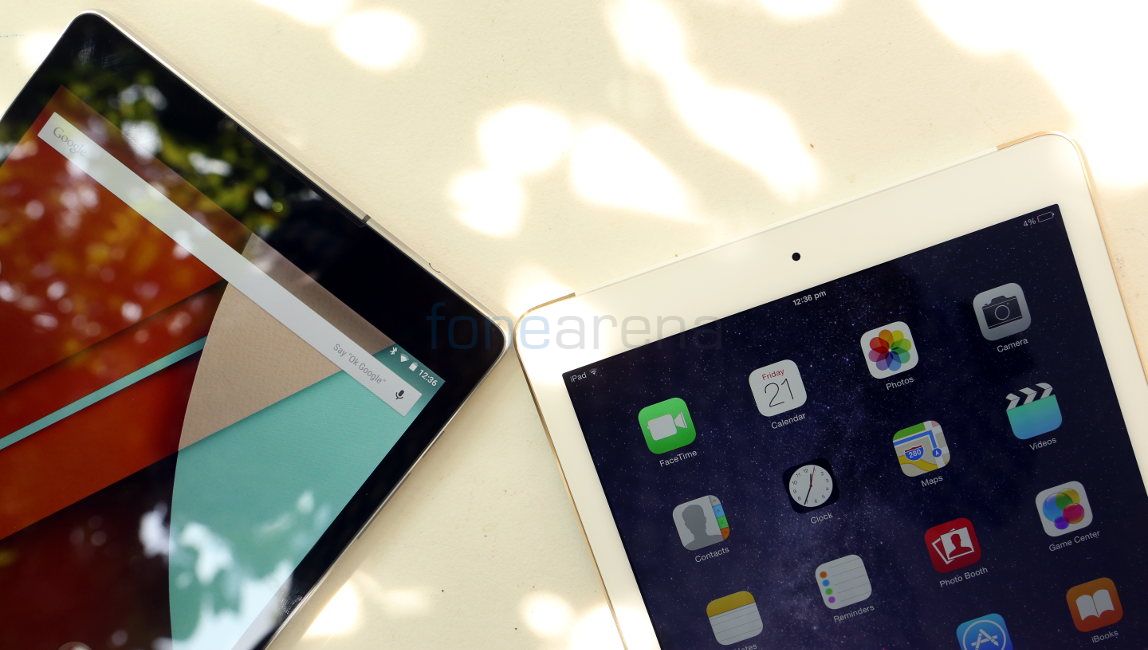 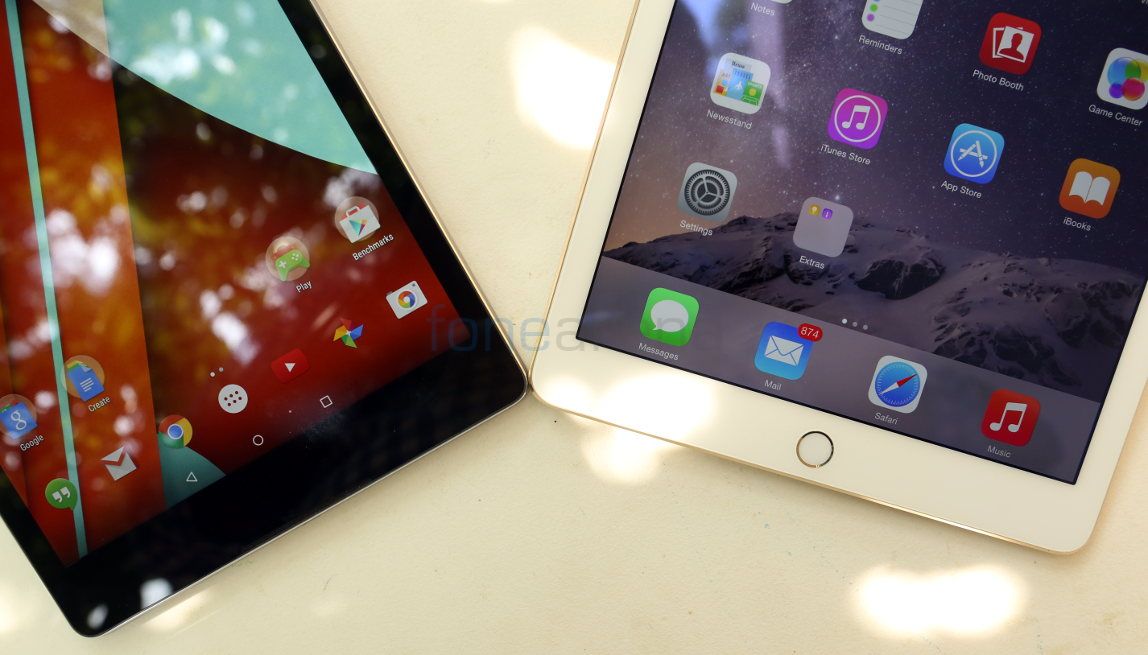 The Nexus 9 has three on screen touch buttons. The front facing speaker is also seen on the Nexus 9 below the bezels. While the iPad Air2 has trademark physical home button on the center which is also Touch ID finger print scanner. 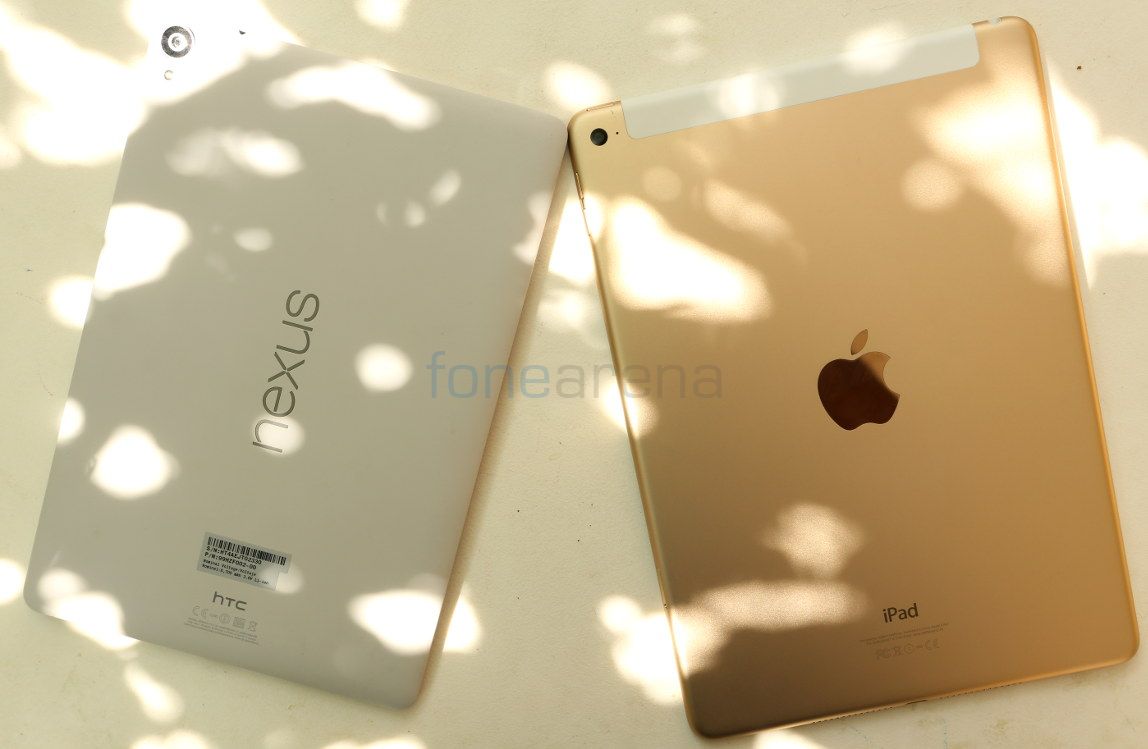 The back cover on the Nexus 9 has soft matte finish, similar to the Nexus 5. There is a large Nexus branding in the centre and a HTC branding on the bottom.  iPad Air 2 comes in a brushed metal case and has the Apple logo in the center. 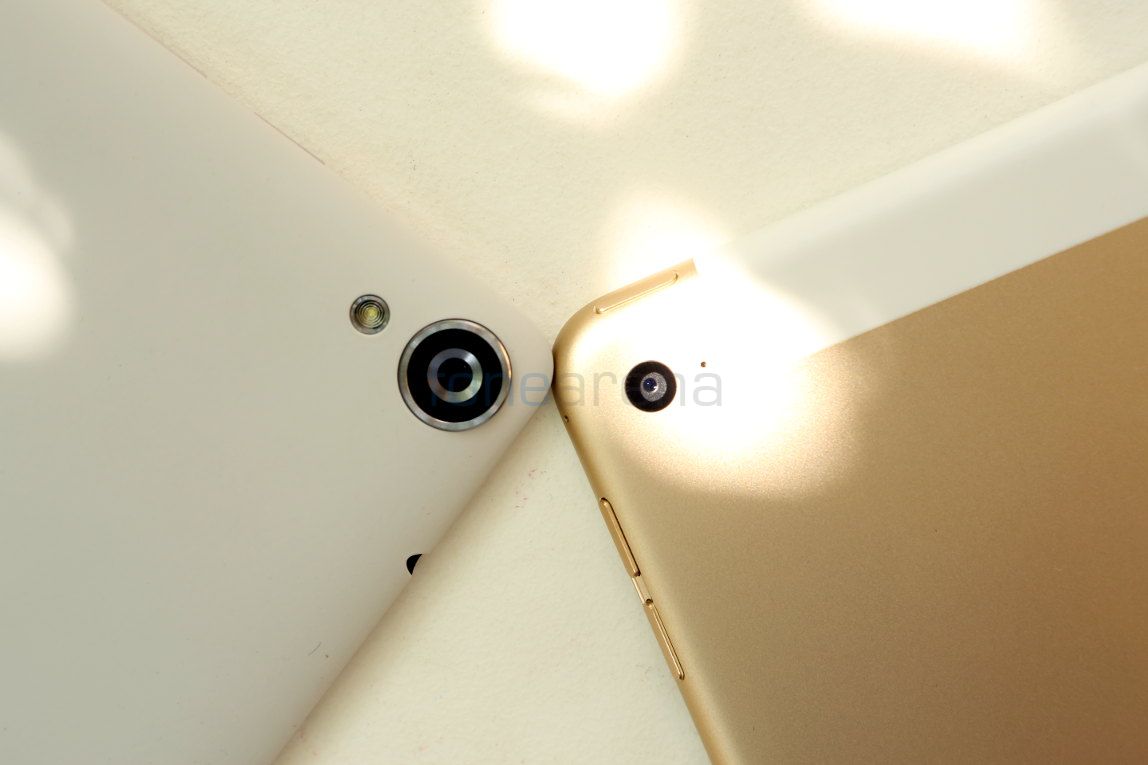 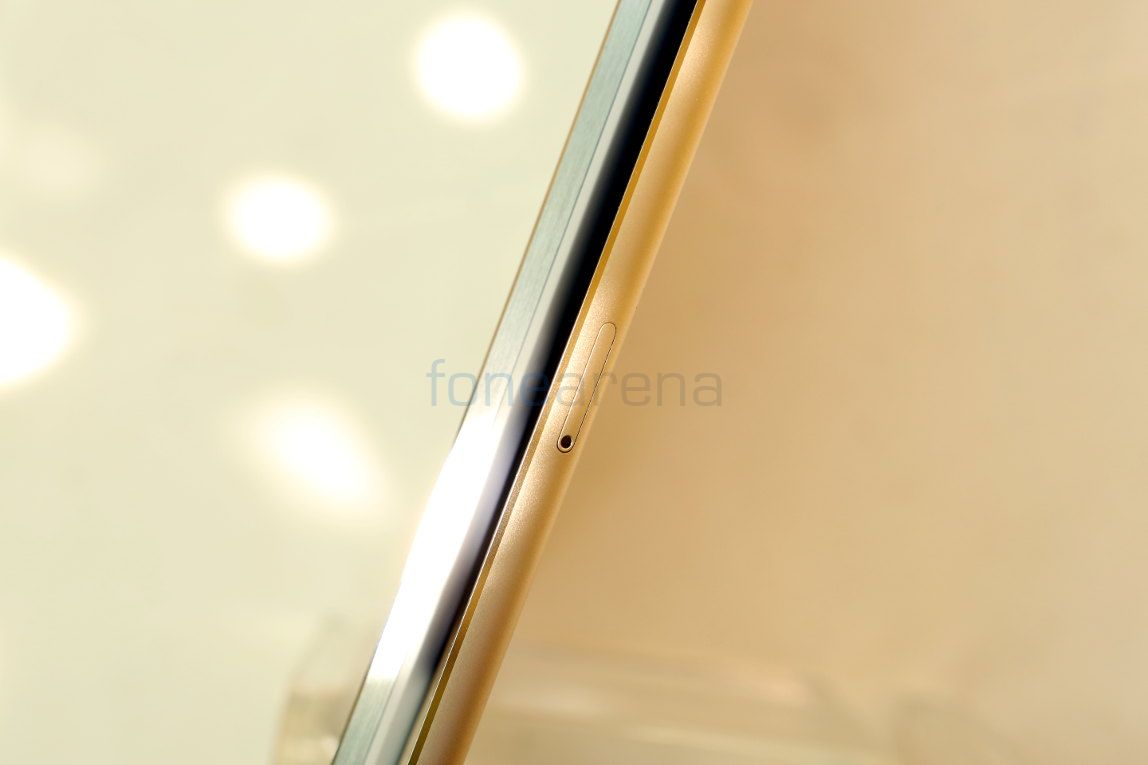 On the left side the Nexus 9 has no buttons while the iPad Air 3 has micro SD card slot. 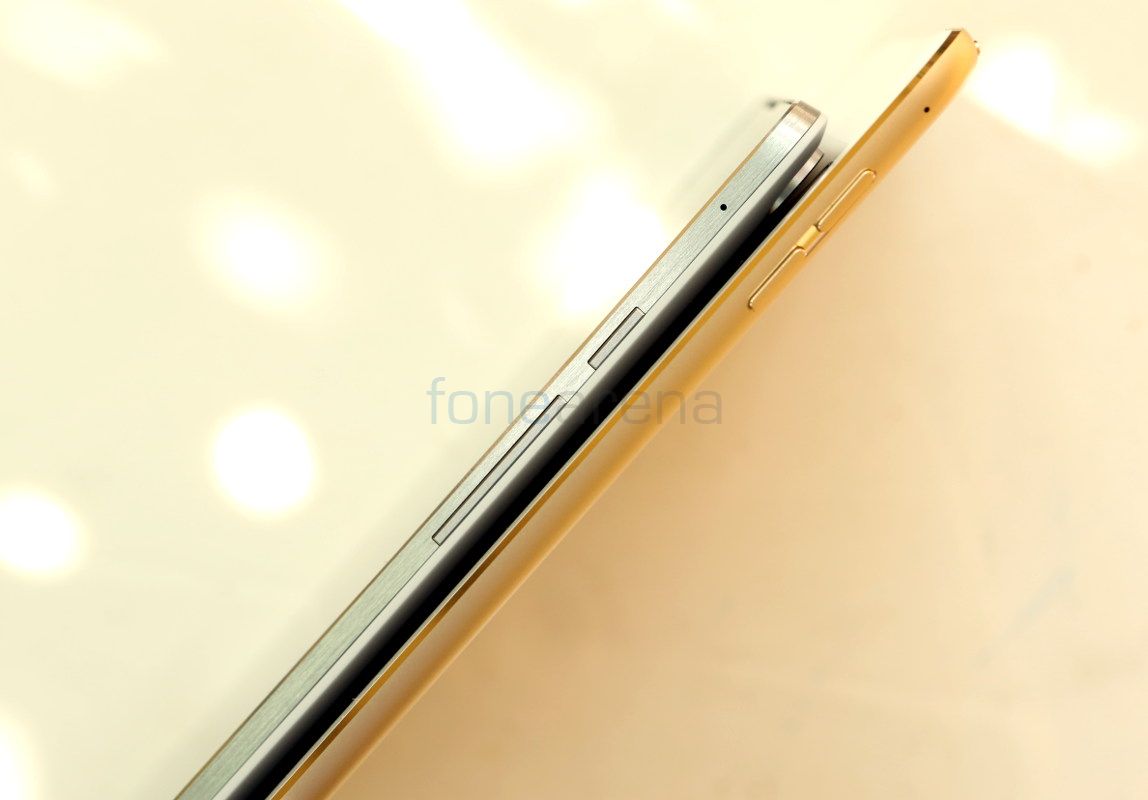 At the bottom, the Nexus 9 has the microUSB port and the iPad Air 2 has the lightening connector along with the speakers.