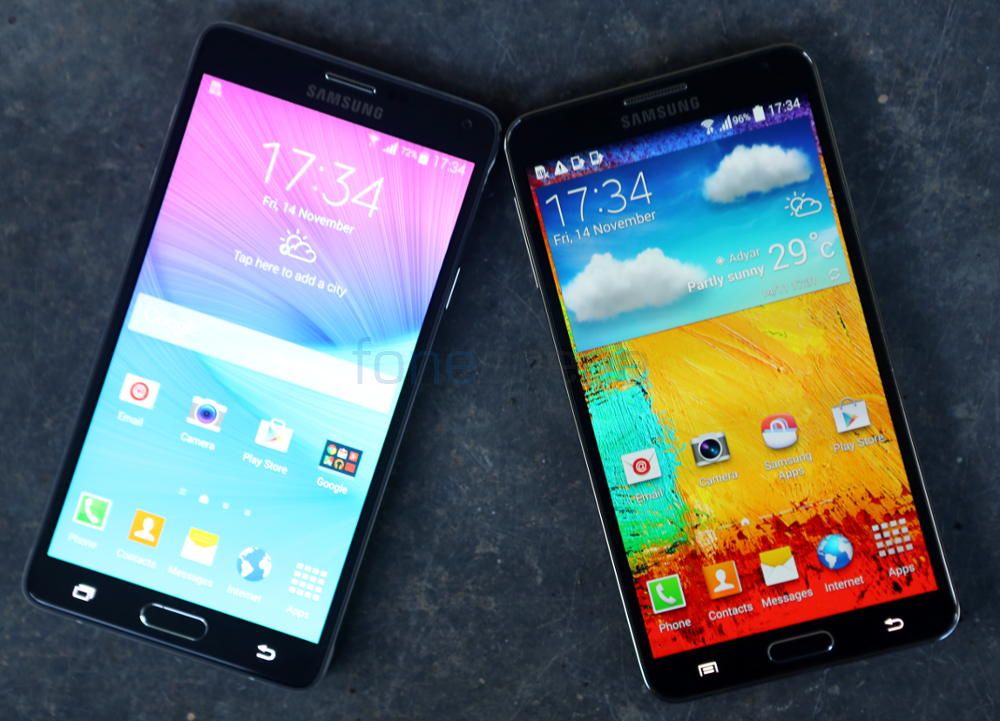 Samsung announced the Galaxy Note 4 in September at IFA Berlin and it went on sale in India last month for Rs 58,300. We already went hands on with the Note 4 at IFA and also seen the photo gallery, now lets compare the Note 4 with Galaxy Note 3 that was priced at Rs 49,900 at the time of launch in September last year. 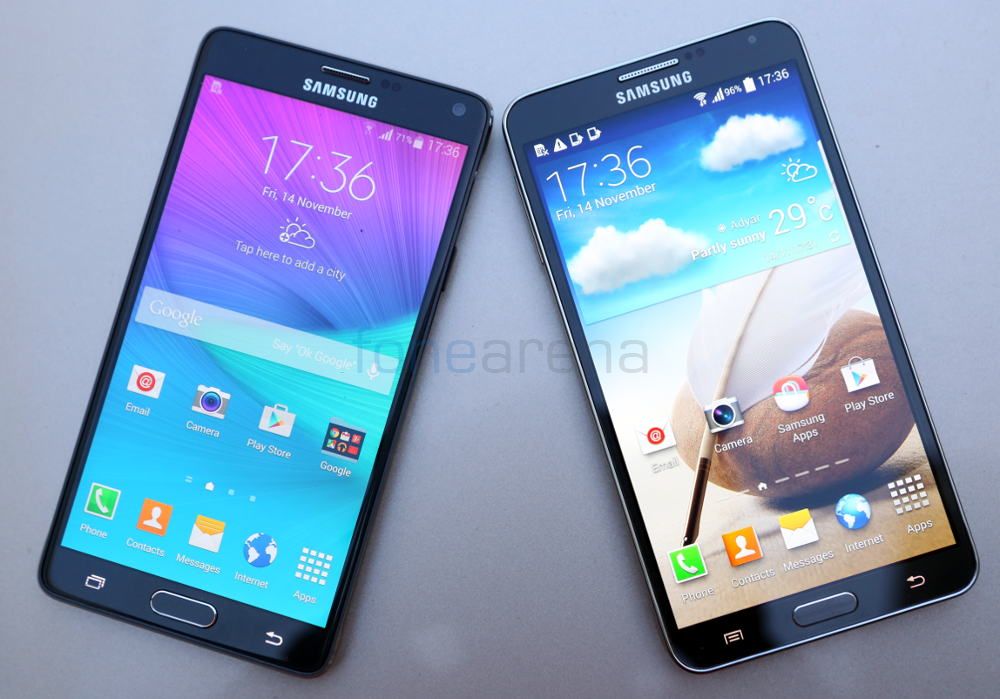 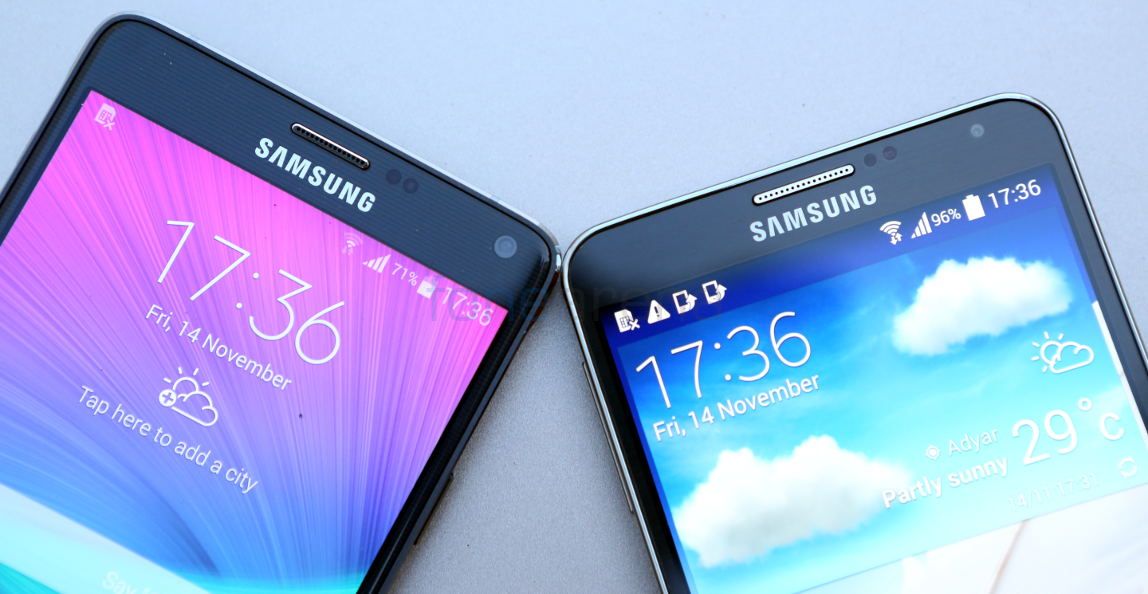 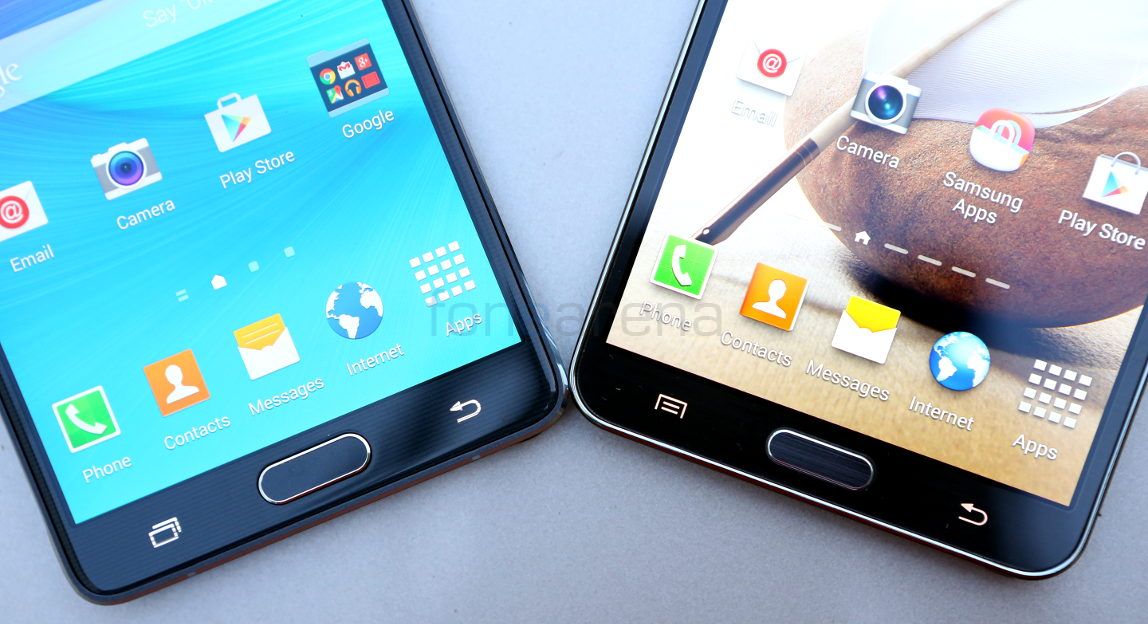 Both the devices have Samsung’s signature home button with built-in fingerprint sensor. It has backlit capacitive touch buttons on either sides. 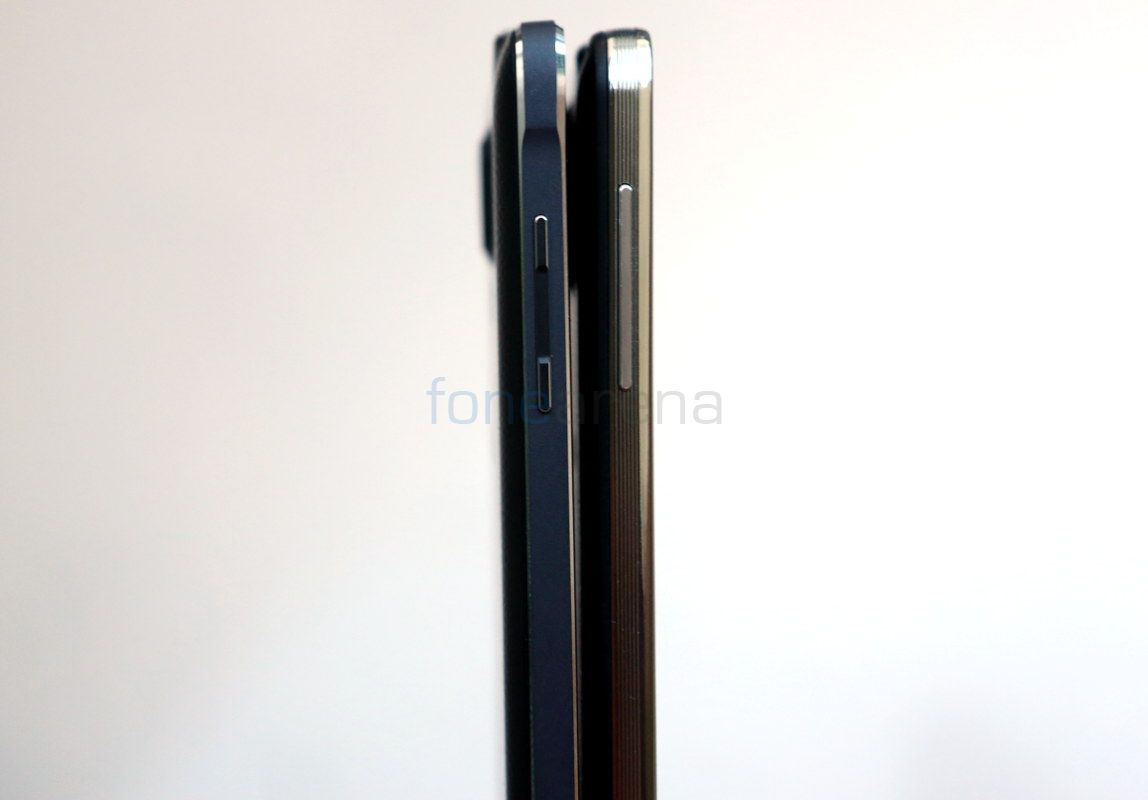 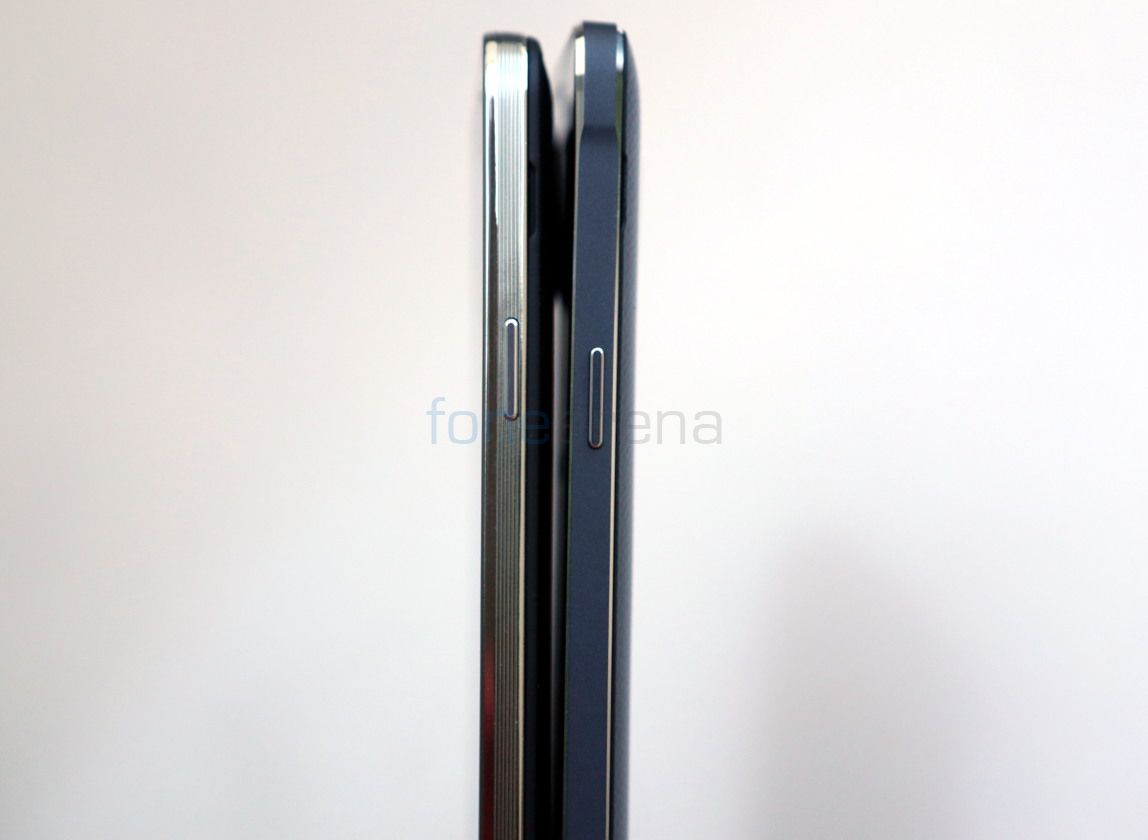 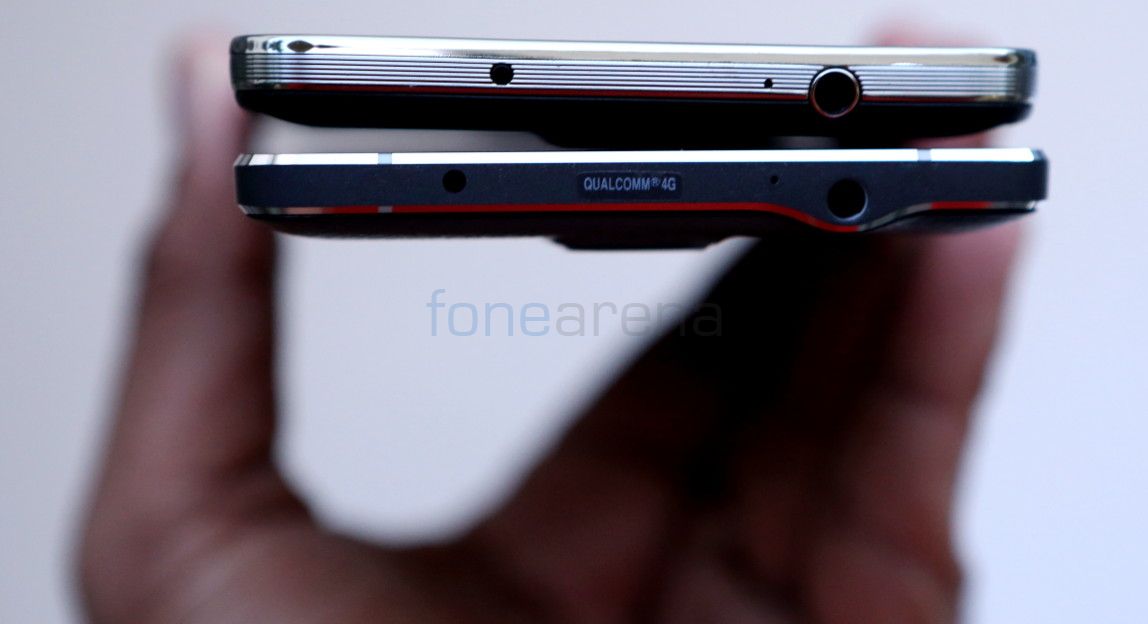 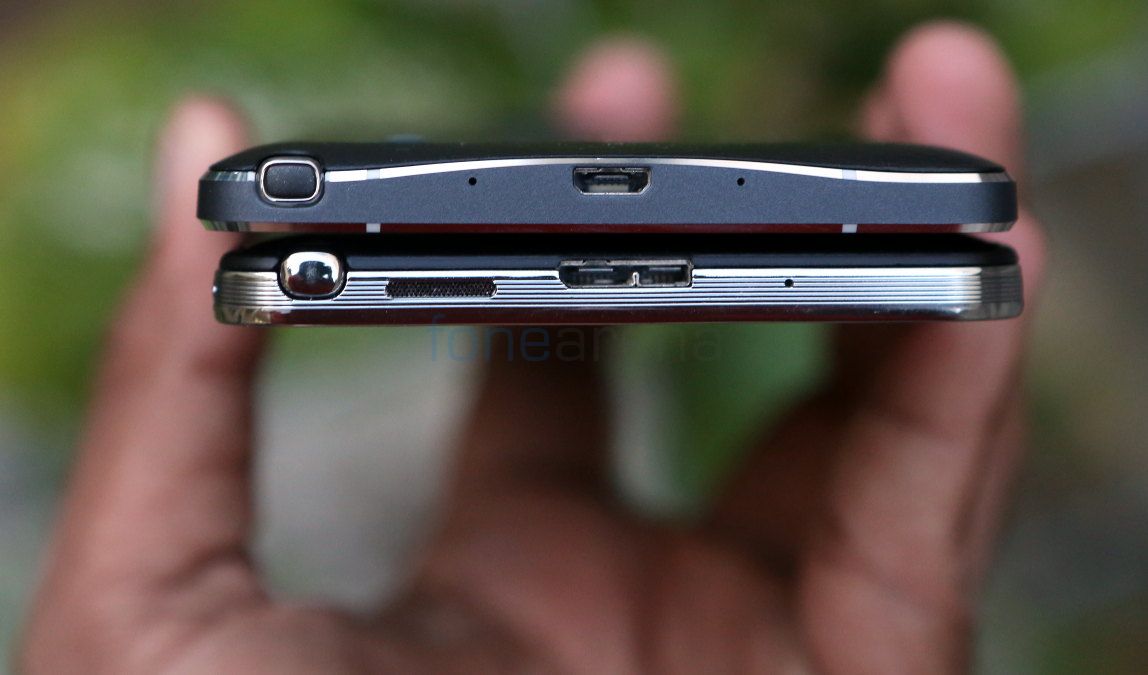 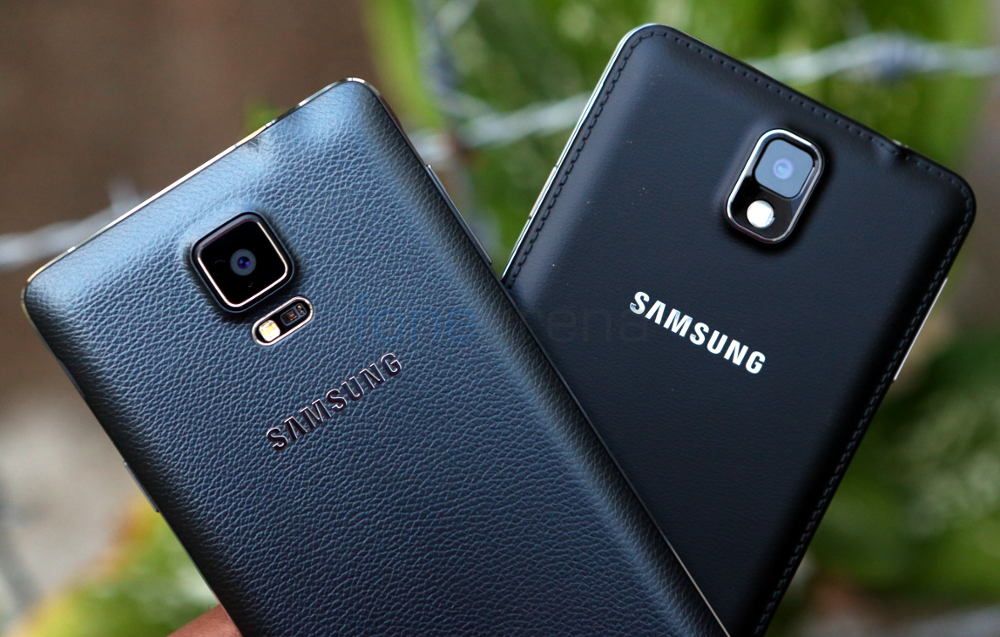 The removable back cover on the Note 4 has leather-like finish and that on the Note 3 has a faux leather plastic finish. The camera on Note is  16-megapixel rear camera with Smart OIS, LED flash and 4K video recording. The heart rate sensor is present below the camera. While the Note 3 only has a 13 megapixel camera and the single LED flash. 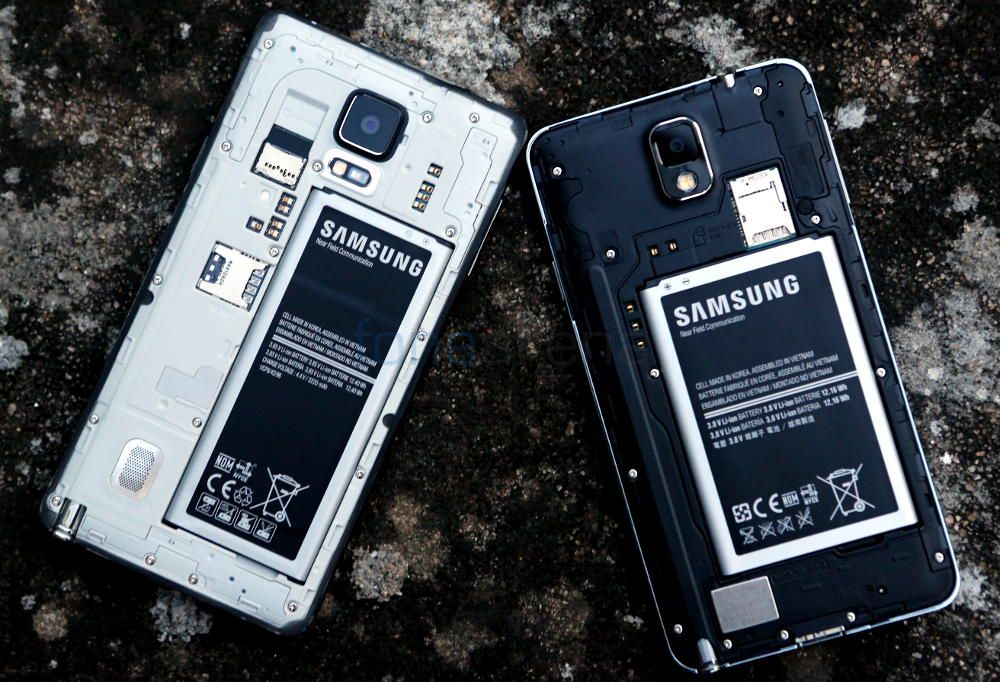 Along with the back cover, the batteries on both the devices are also removable. Both the phones have large 3200mAh battery and SIM and microSD slots. 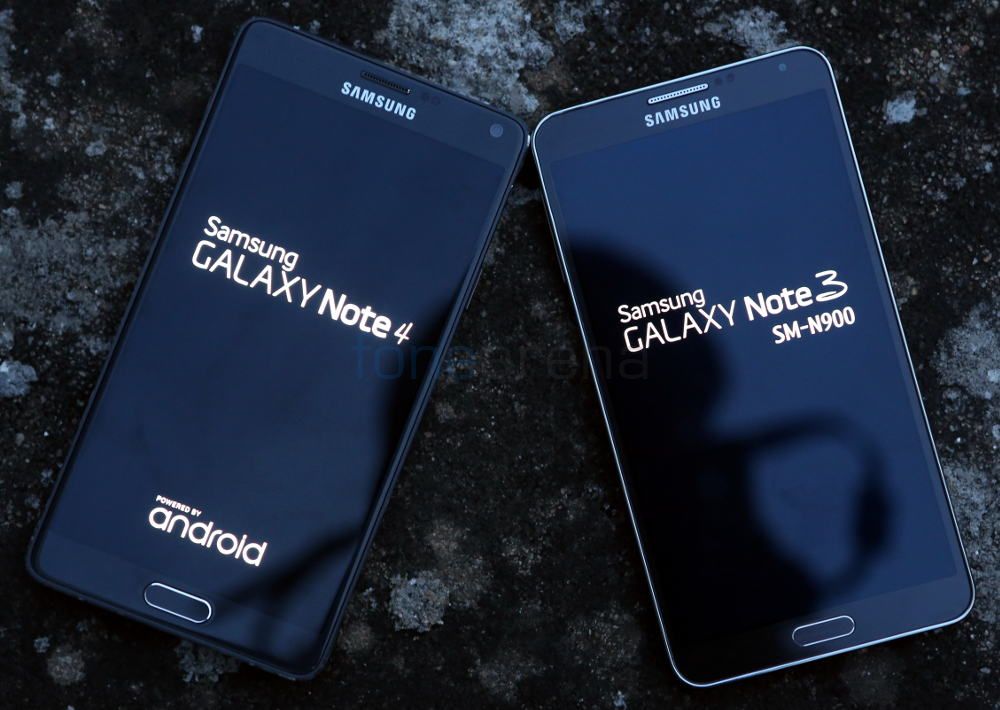