It looks like the Galaxy A series smartphones are inching closer to its official announcement. Photos of the Galaxy A5 and Galaxy A3 have leaked yet again with aluminium unibody design. 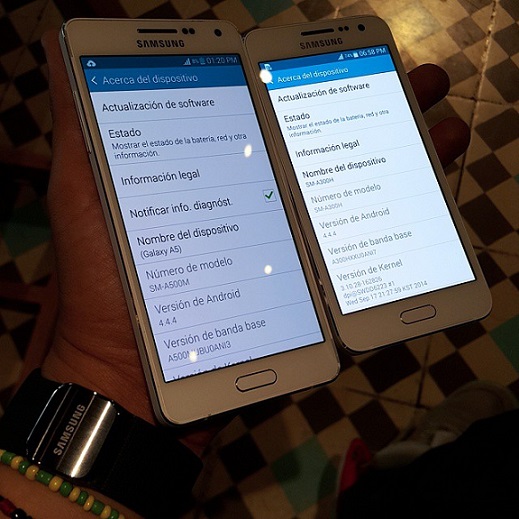 The latest photos that were leaked by Mexican website AndroidMx shows the two devices placed besides the Galaxy Alpha. They sport an aluminium rim around the device that has been rumored earlier as well. The Galaxy A 5 has been leaked previously in images and is expected to have a 5-inch (1280 x 720 pixels) HD Super AMOLED display and a 1.2 quad-core Snapdragon 400 processor. SamMobile further reports that the A5 will feature an aluminium unibody with chamfered edges, a non-removable back cover and a Nano-SIM card slot. 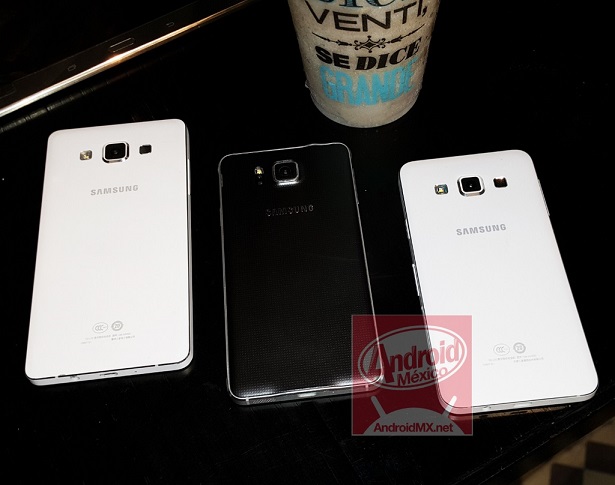 Other features of the A5 are 16GB storage, 13-megapixel primary camera, 5-megapixel front-facing camera and a 2,300mAh battery. It is expected to be priced between $400-$450. Meanwhile, the A3 which is the low end device among the three phones is also seen in these photos. Priced between $350-$400, the device will have a 4.8 inch (960×540 pixels) qHD display, run on Android 4.4.4 KitKat, come with 1GB of RAM, 8GB of internal storage, 8-megapixel rear camera and a 5-megapixel front-facing camera. 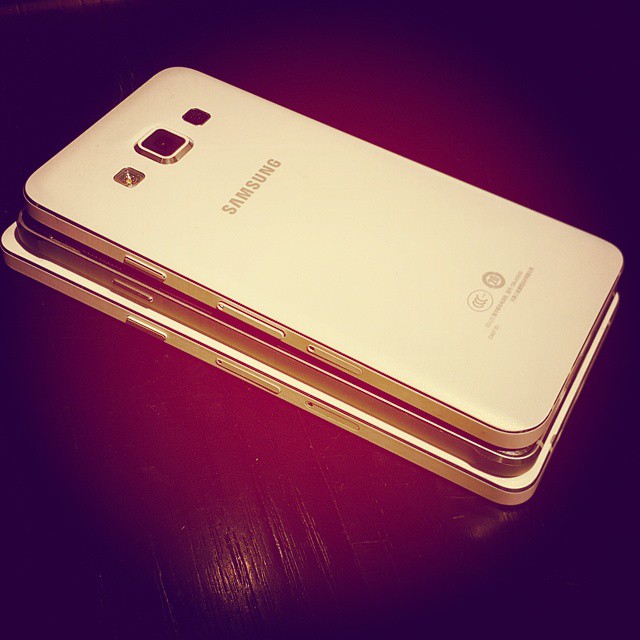 All the three phones in the A series will have LTE connectivity  and the Galaxy A5 and A3 might be launched in coming months, said the report.