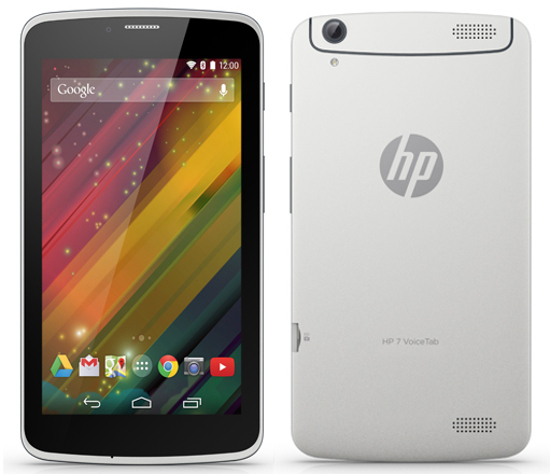 HP has launched the HP 7 VoiceTab, the company’s latest phablet in the VoiceTab series as it promised. It has a 6.95-inch  (1024 x 600 pixels) multi-touch display, powered by a 1.3GHz quad-core MediaTek MT8382 processor and runs on Android 4.4 (KitKat). It has a 5-megapixel rear camera with LED flash and a VGA front-facing camera. It has 3G support with a single micro SIM card and has voice calling capabilities.

It has dual speakers on the back, packs 1GB RAM, 8GB of internal storage with expansion slot and a 3000mAh battery.

The HP 7 VoiceTab comes in white color and is priced at Rs. 10990. It is available from the official HP Online Store and other retailers across India.