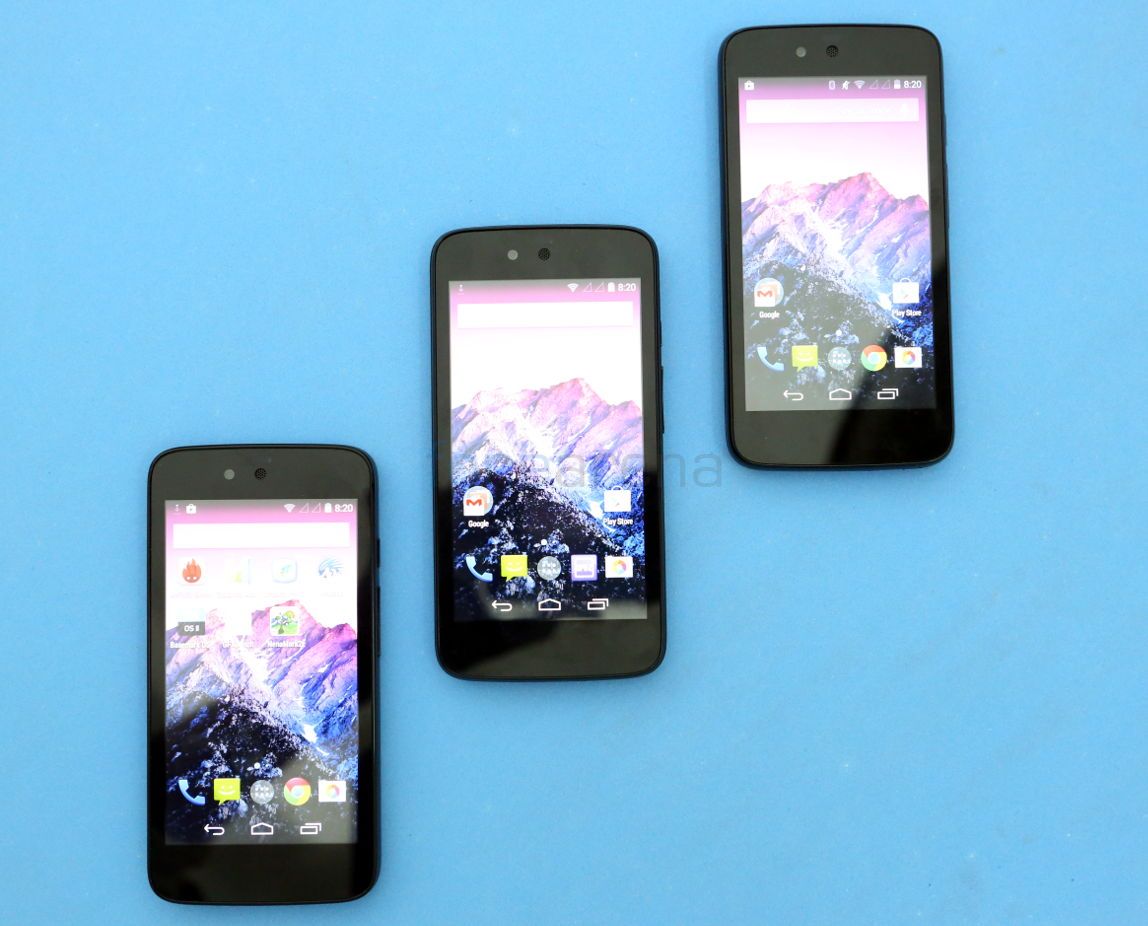 Google launched Android One smartphones in India last week with three homegrown smartphone makers. The handsets under this ambitious program announced back in June is based on Android One reference hardware, comes with stock Android KitKat software and will get software updates directly from Google.

Karbonn Sparkle V, Micromax Canvas A1 and Spice Dream UNO are the first batch of Android One smartphone in India. We have already seen separate photo galleries and unboxing of these phones. Now we are bringing you a three way photo gallery of all the Android One devices. 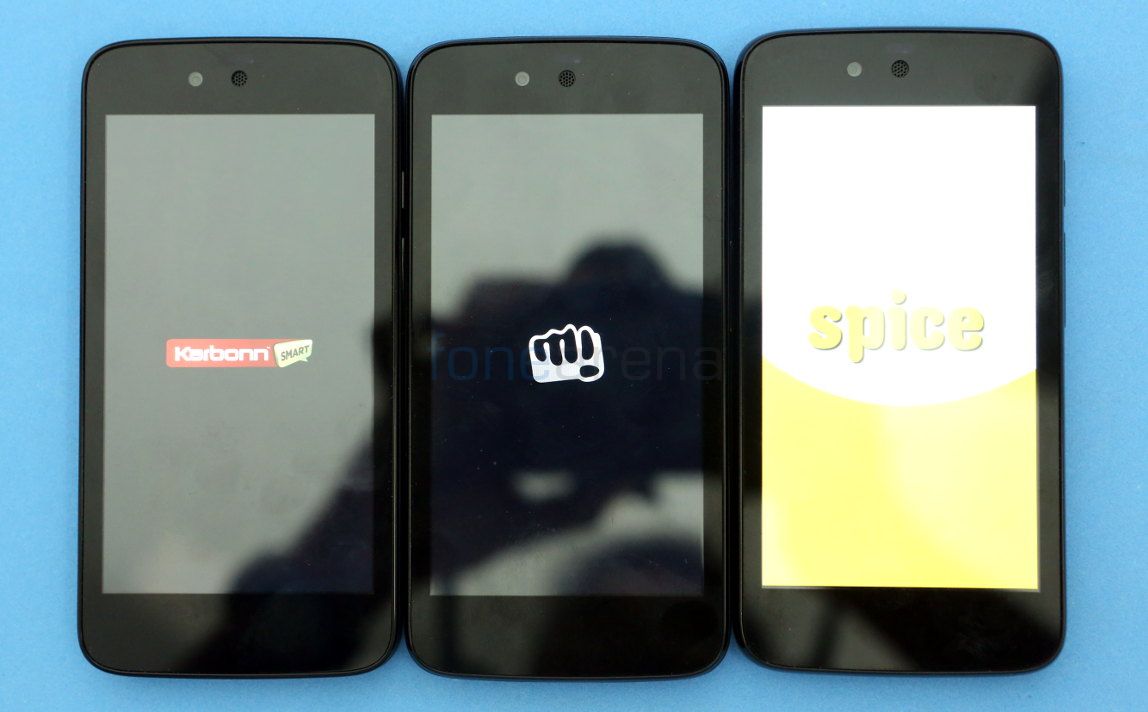 All three smartphones sport a 4.5-inch (854 x 480 pixels) IPS display and are powered by 1.3 GHz quad-core processor with Mali-400 GPU. Running on Android KitKat 4.4, the devices have 1GB RAM, 4GB internal memory, 32GB expandable memory with MicroSD. On the front all these look the same. 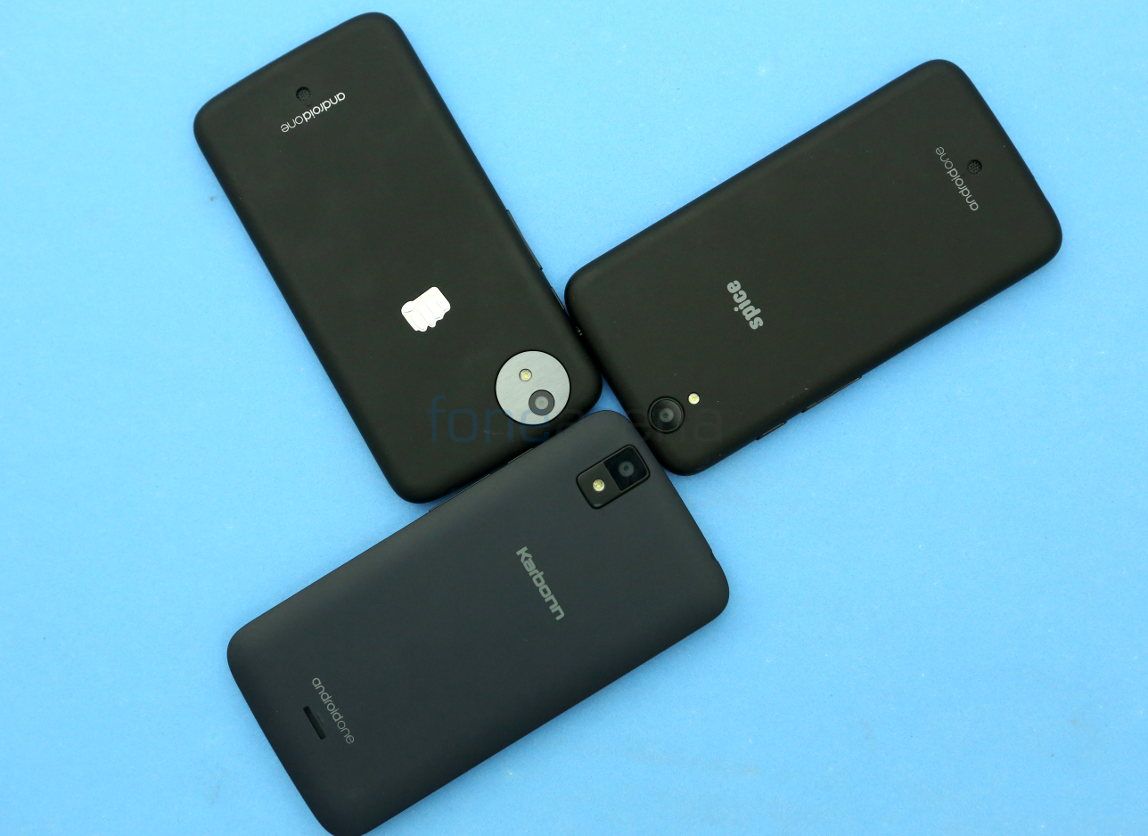 The three devices have similar build and design with respective branding at the center. The Karbonn Sparkle V is 10.4mm thick while the Spice Dream UNO is 9.15mm thick and Micromax Canvas A1 is 9 mm thick. 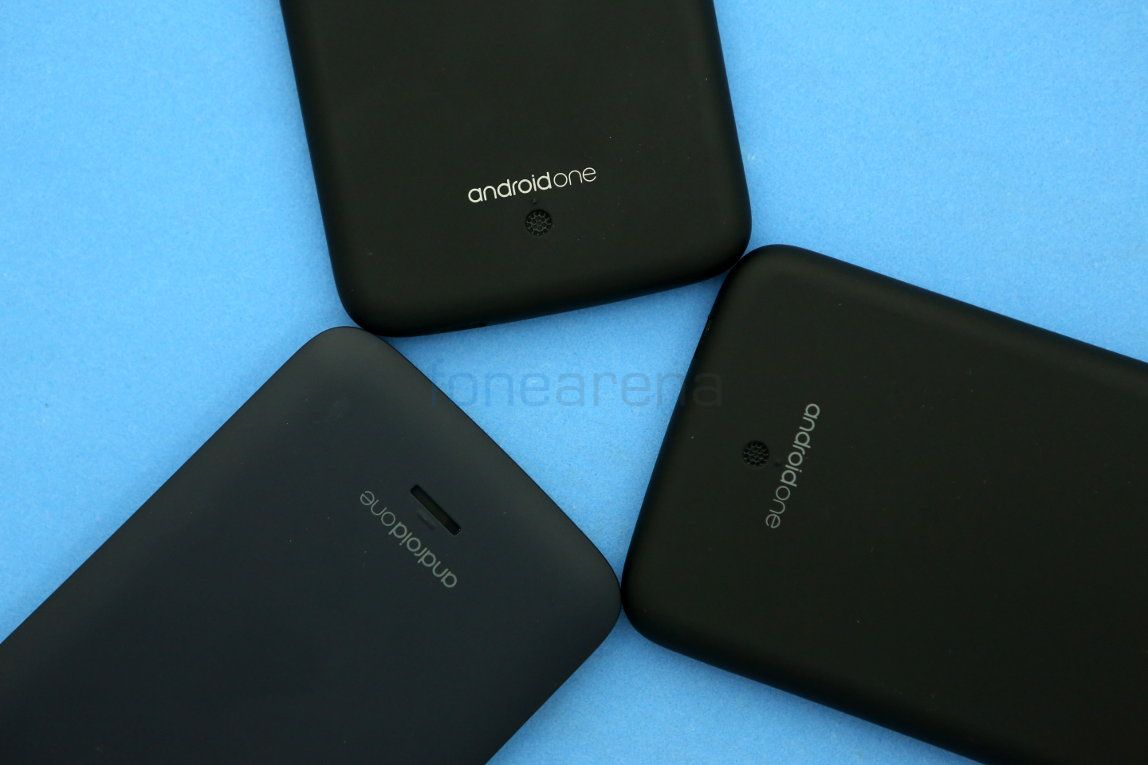 They all boast of the Android One branding at the lower back. However, Karbonn sports a rectangular loud speaker grill while Micromax and Karbonn have a circular loudspeaker grills. 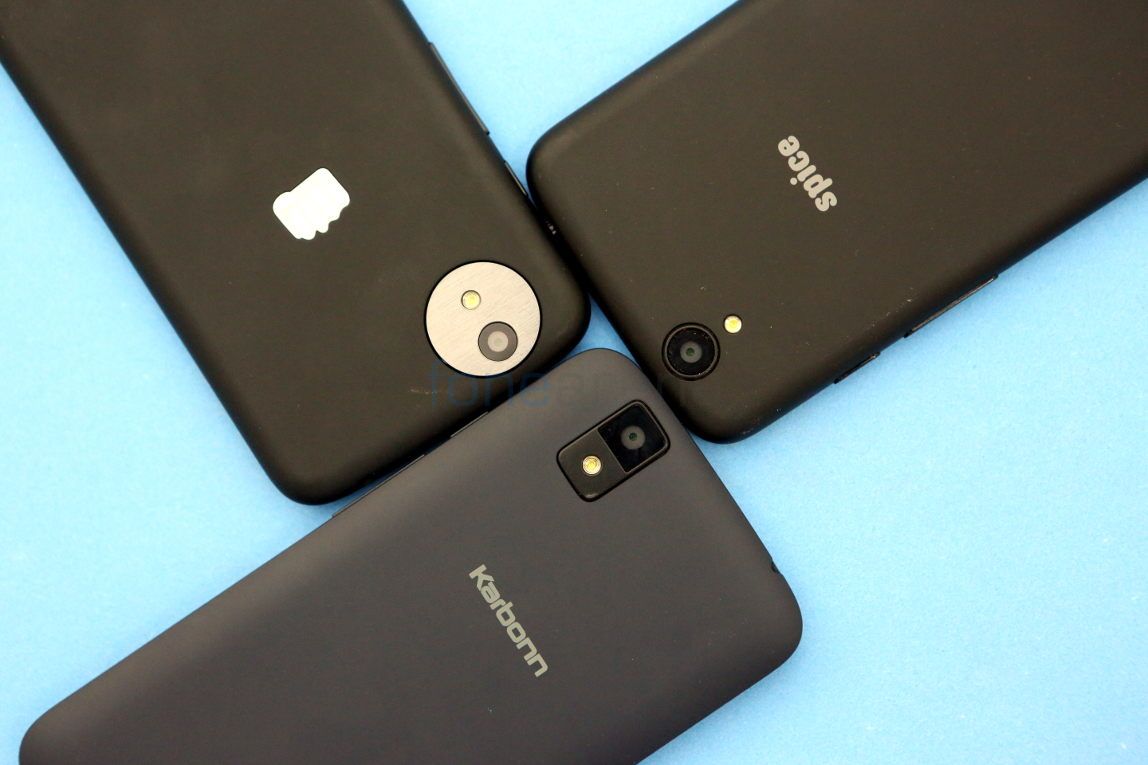 Although all the three handsets feature a 5MP rear camera with LED flash, each of them have a different design on the outside.  The camera and flash on the Karbonn Sparkle V is fixed into a elongated square while that of the Micromax Canvas A1 is encompassed in a circular patch. Finally, the camera and flash on the Spice Dream UNO are placed below each other individually. 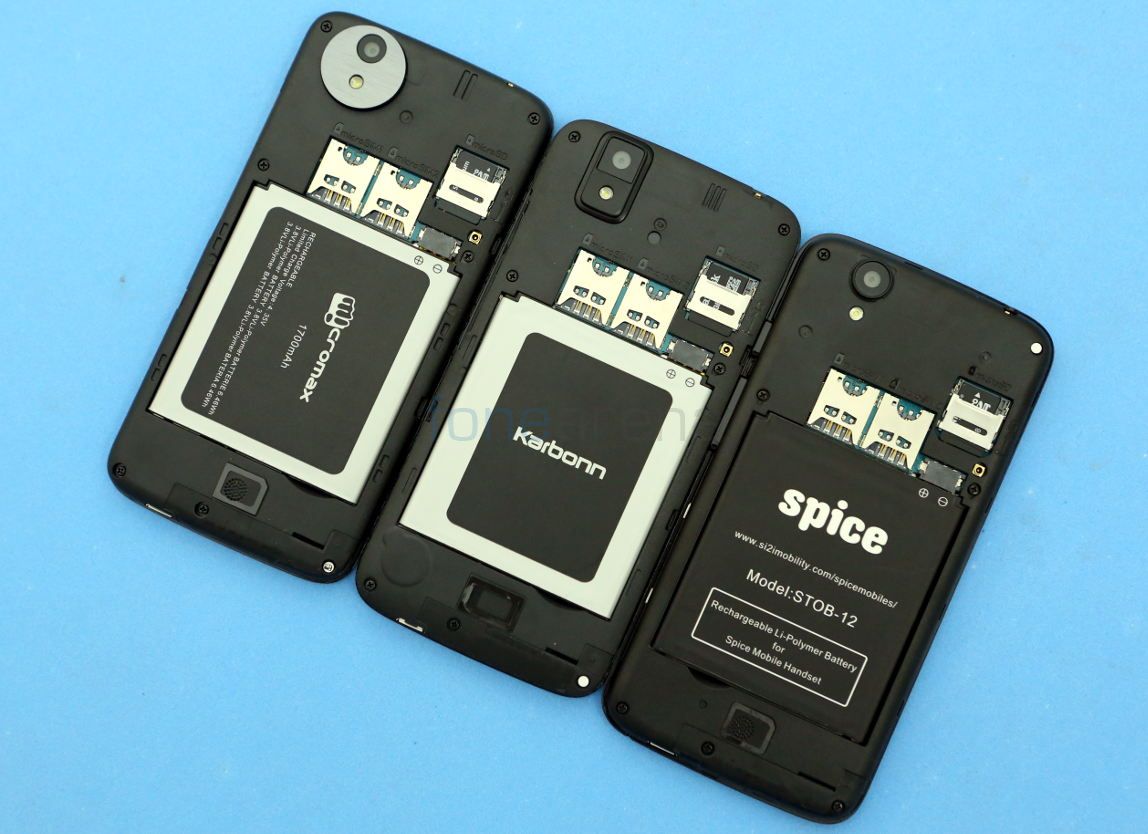 All the three phones have removable back cover. 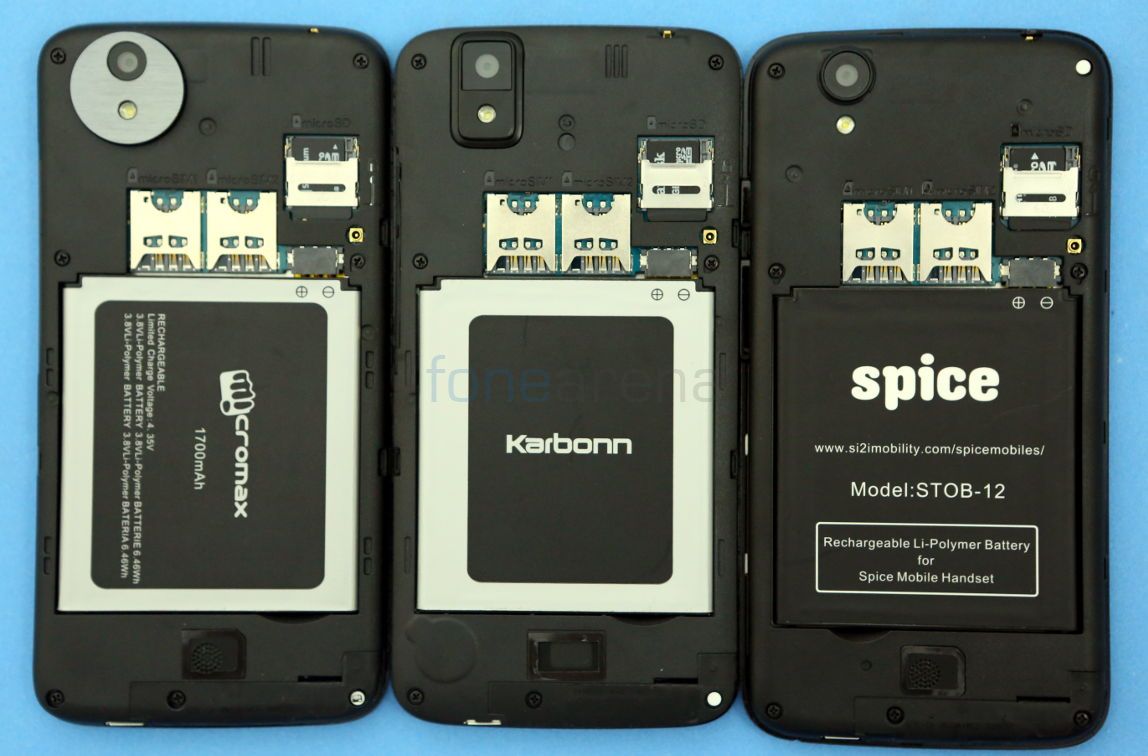 Along with the removable cover, the 1700mAh battery is also removable on all three handsets. They have two micro SIM card slots and a micro SD card for expandable memory.