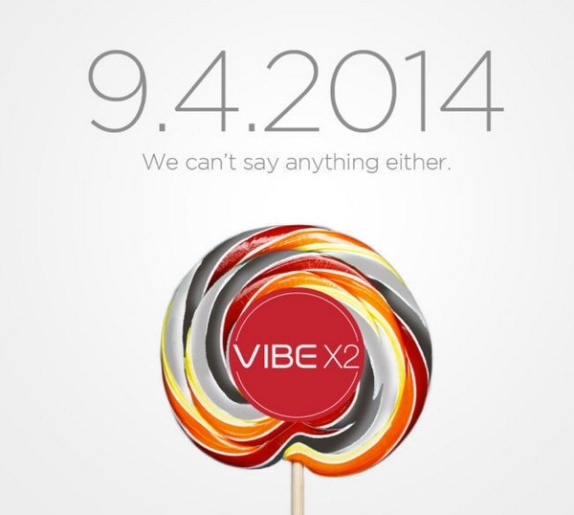 Lenovo’s upcoming flagship smartphone has been rumoured for quite some time now. Today, the company has sent out press invites for an IFA event, which is scheduled on September 4.

The invite reveals that the company will be introducing the Vibe X2. Apart from inviting the media, Lenovo takes a friendly jab at Apple for their recent invite, which had a tagline reading “wish we could say more.”

Another interesting aspect of the invite is the presence of a lollipop that gives us a hint that their latest device might run on Android L. However, these are just speculations and there’s no official confirmation just yet. So, don’t keep your hopes too high.

Lenovo Vibe X2 has already appeared a couple of times in leaked images. The device is said to come in two different versions, one with an octa-core processor and another with a 2.2GHz dual-core CPU. Both the variants are expected to sport a 5-inch Full HD display, 2GB of RAM, 32GB of internal memory, a 13 megapixel rear camera with LED flash and a 5 megapixel front facing shooter.

The IFA 2014 trade show kicks off next and we will be bringing you all the latest updates from the ground as and when it happens. So, stay tuned to your favourite website.