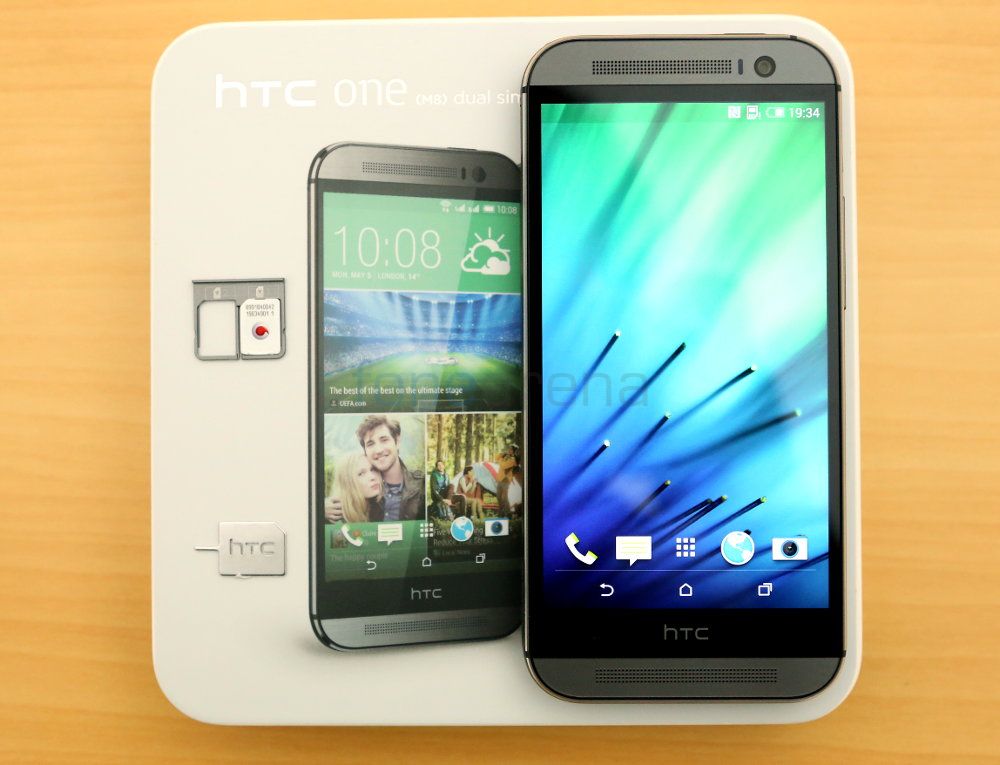 We managed to get the HTC One M8  Dual SIM device here at FoneArena and we decided to unbox it for you. Watch the unboxing video below and let us know if you have any questions about the device.

In terms of the design and specs, The One M8 Dual SIM is exactly the same as the regular single SIM version of the One M8. The main difference of course the ability to have 2 SIM cards on the same awesome hardware without having to compromise to use a cheaper phone as they are the ones which generally offer such functionality.

There is a Dual network manager in the software settings which lets you manage your SIM cards. 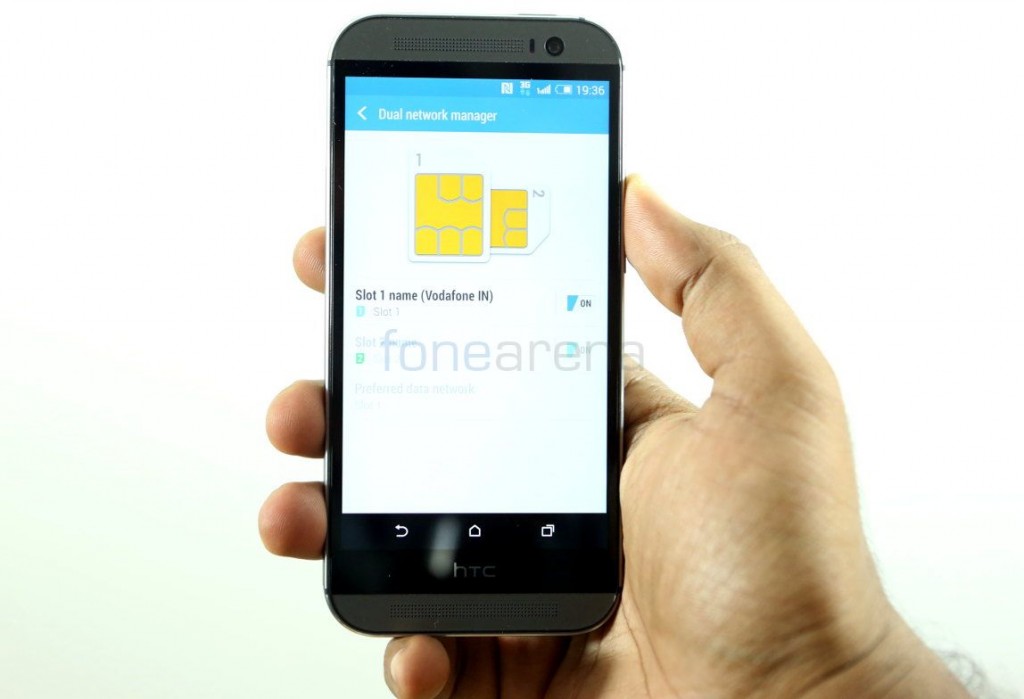 For those of you who have the question about the type of SIM cards used on the M8 dual, you can find the answer in the picture below. As you can see, the device uses nano SIM cards for both the slots which is both good and bad.  And don’t try using your homemade nano SIM on the M8 as the SIM tray might get stuck thereby causing permanent damage to your phone. 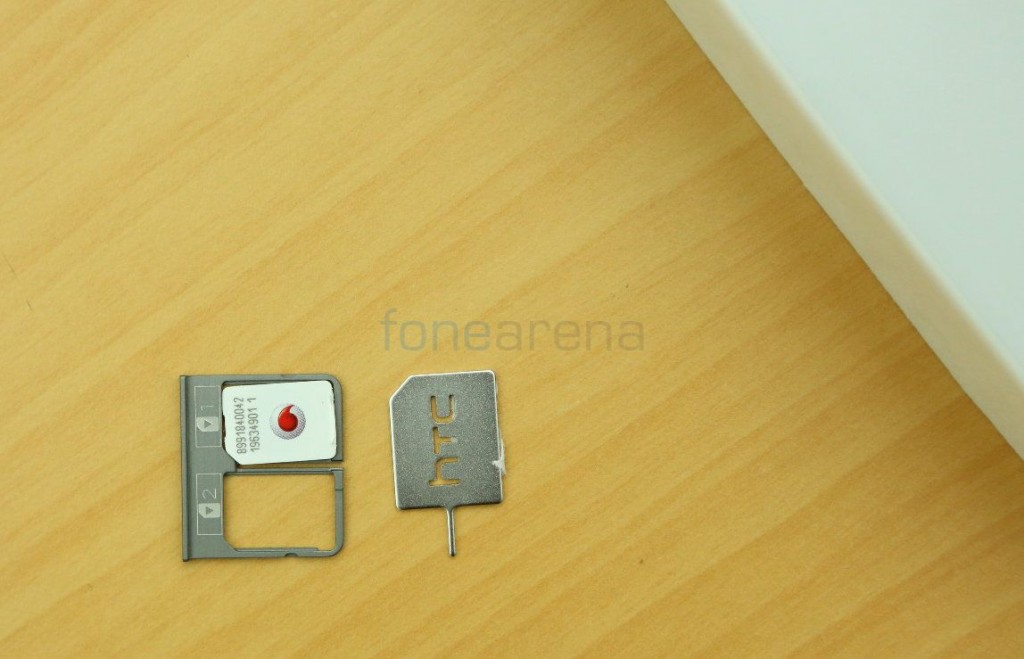 This particular version of the One M8 is only available in select markets currently and we got hold of one from the Middle East for roughly  660 USD/Rs.40,000.

We have also unboxed a Dual SIM version of the Samsung Galaxy S5 which is a similar device.