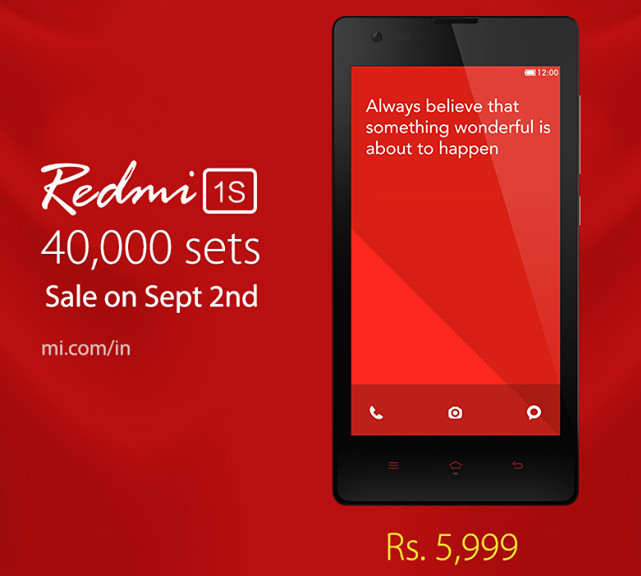 Xiaomi reduced the price of the Redmi 1S to Rs. 5,999 and announced that it would go on sale on September 2nd. Today the company has announced that 40,000 units of Redmi 1S smartphones would be available for purchase in the first batch of sale next Tuesday.

Even though there are 40,000 sets, it could go out of stock in seconds, similar to the previous Mi 3 sale, since there is huge demand. So far over 1 lakh people have registered for sale. Flipkart First subscribers will get early access to purchase the smartphone on September 1st.