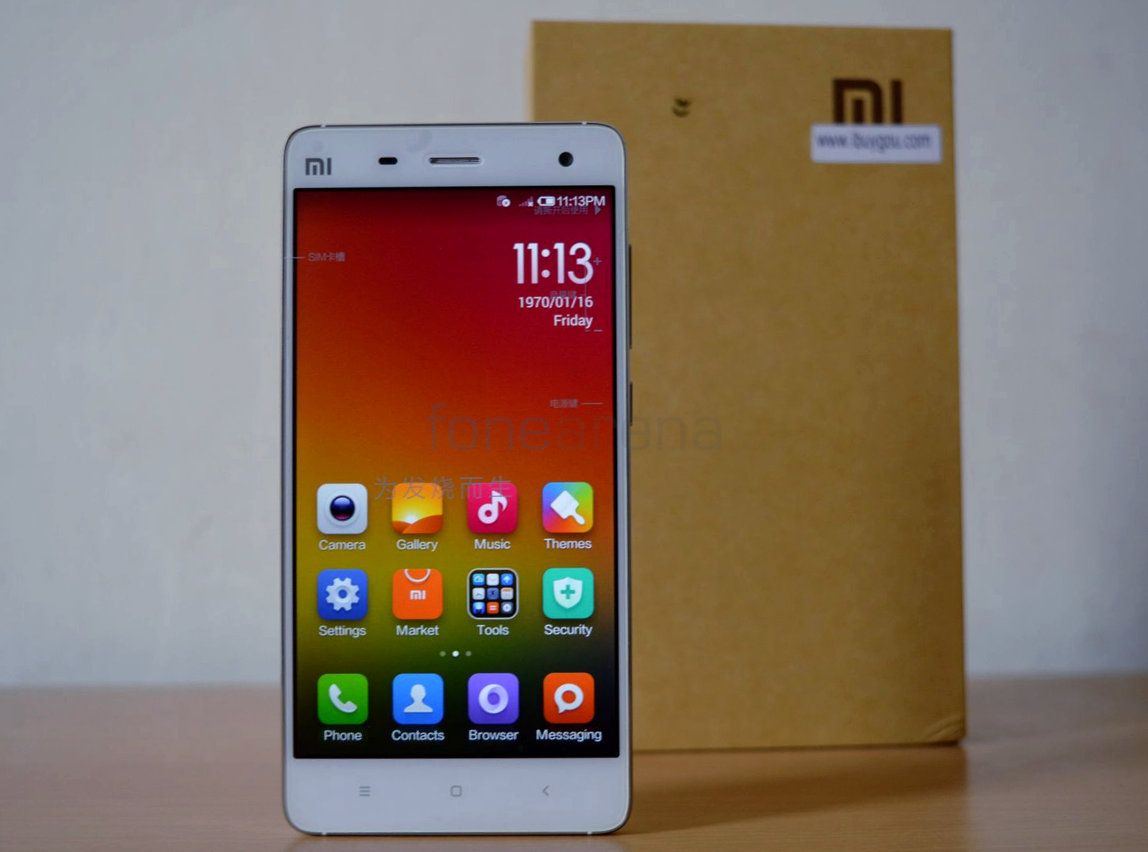 After the most popular Mi 3 smartphone, the Xiaomi Mi 4 is the company’s latest flagship smartphone that was unveiled in China last month. Even though the Mi 4 has the same 5-inch 1080p display, similar to the Mi 3 with  Corning Gorilla glass protection, the design and the internals have been upgraded. We managed to one from China. Check out the hardware walkthrough and the photo gallery of the smartphone. 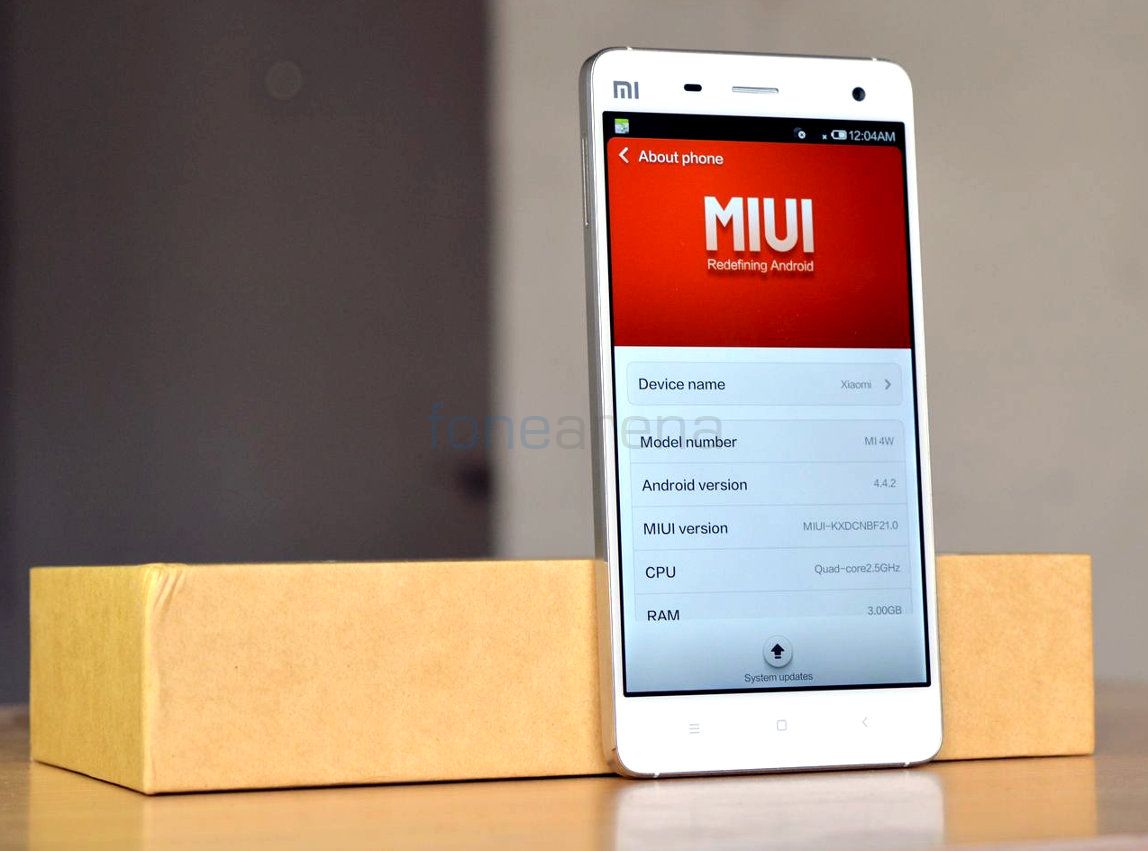 The Mi 4 runs on MIUI v5 ROM based on Android 4.4 (KitKat). Xiaomi has promised to upgrade to MIUI 6 later this year. As you can see, it has 3GB RAM, compared to 2GB RAM on the Mi 3. But it comes in 16GB and 32GB variants without expansion slot, similar to its predecessor. 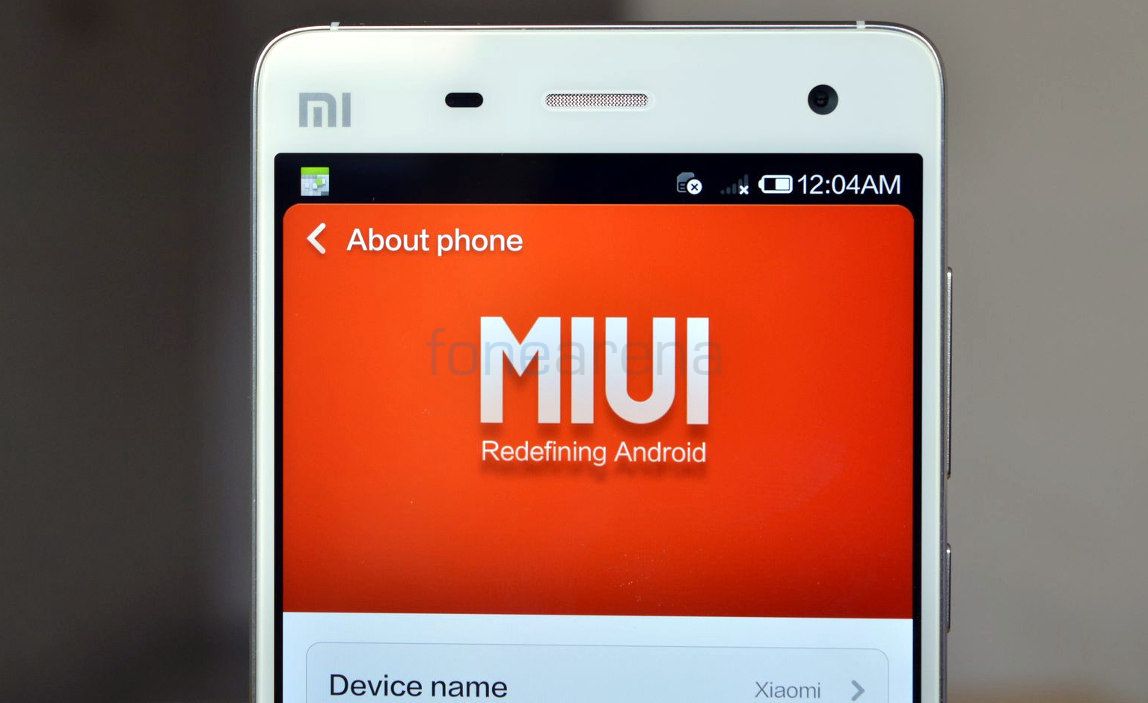 It has an 8-megapixel front-facing camera with Sony Exmor R BSI sensor and f/1.8 aperture for better low-light imaging. It also has the usual set of sensors. 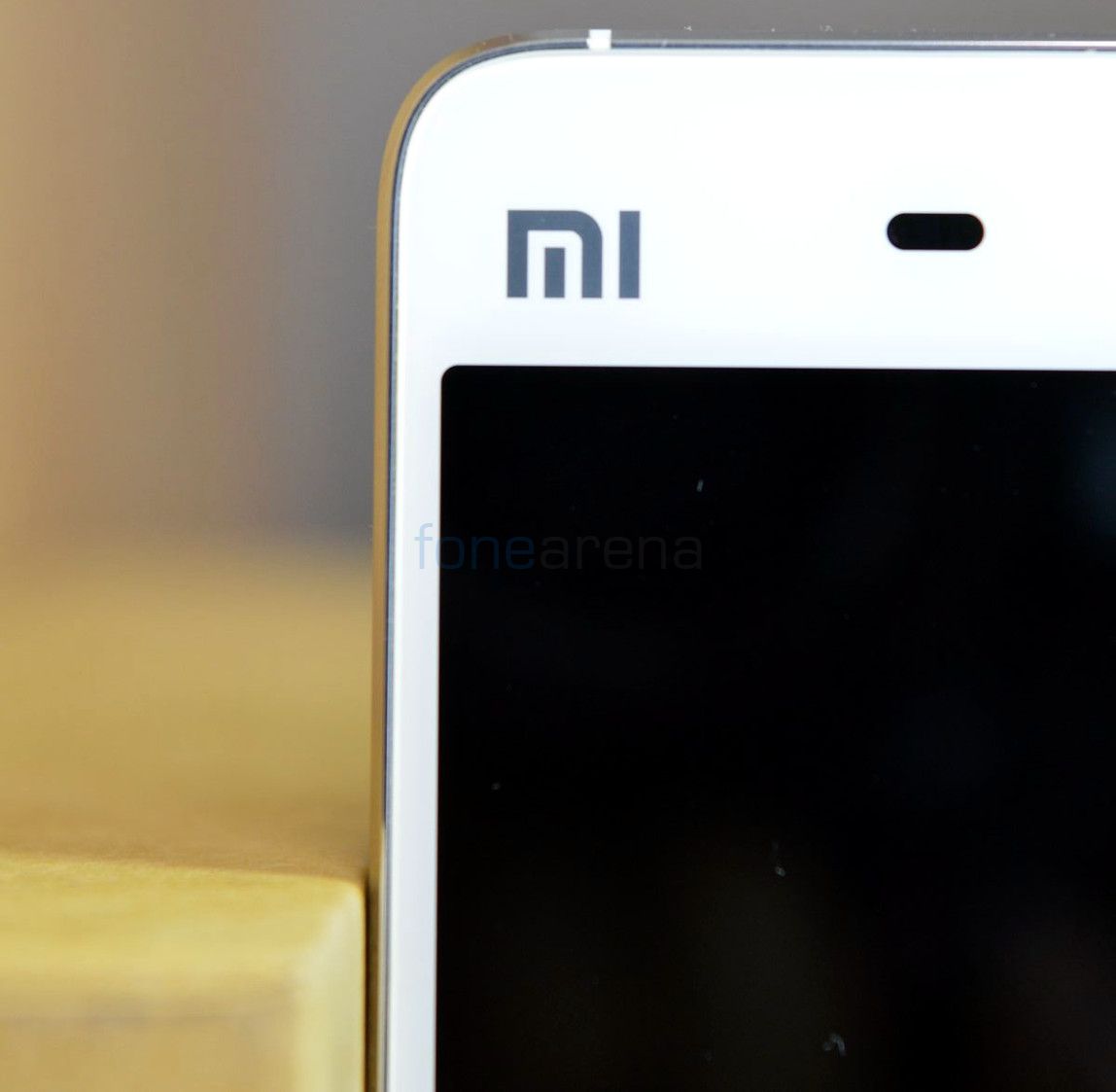 It has a metal frame on the sides that are clearly visible even from the front. 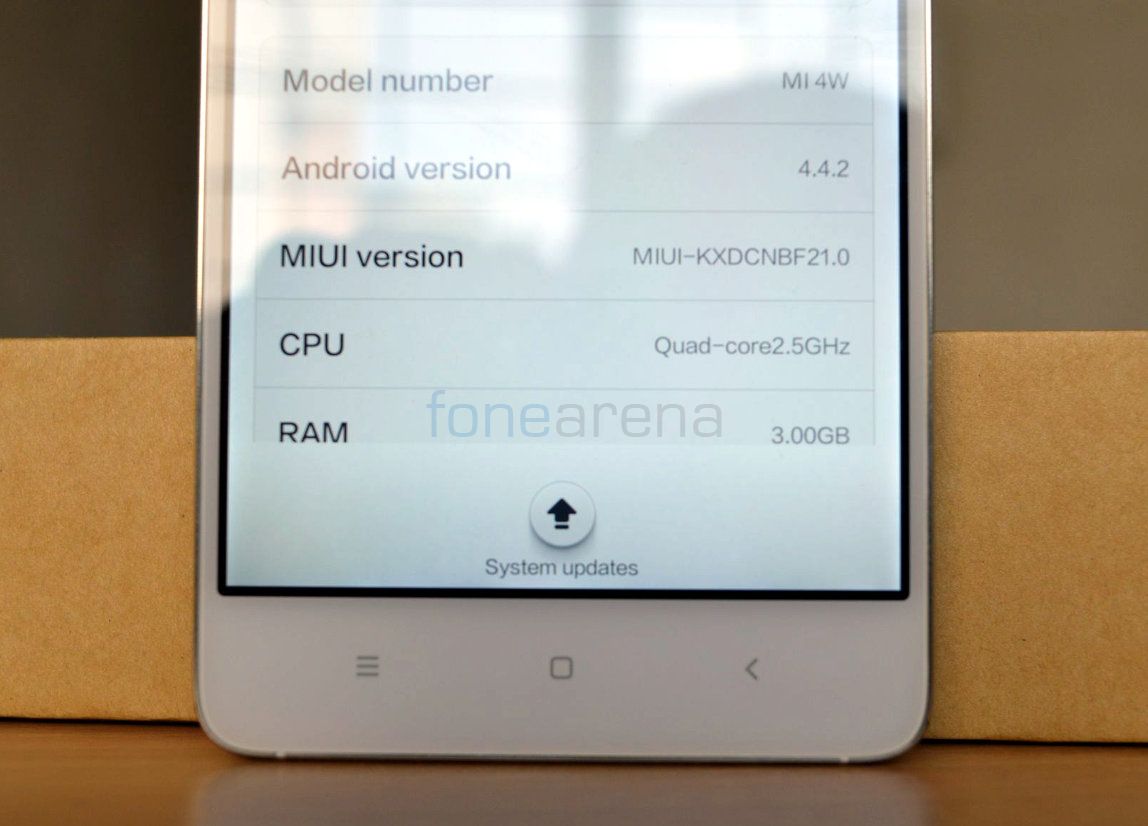 It has the usual set of capacitive touch buttons below the display. It is powered by a quad-core Snapdragon 801 processor clocked at  2.5 GHz and Adreno 330 GPU.

The micro SIM card is present on the left side. As usual, you need a dedicated SIM removal tool to remove SIM tray.

On the right side the power button and the volume rockers are present. The smartphone is 8.9mm thick, slightly thicker than the Mi 3.

On the top there is a 3.5mm audio jack along with a small Infrared LED.

The loudspeaker grill and the micro USB slot are present on the bottom. 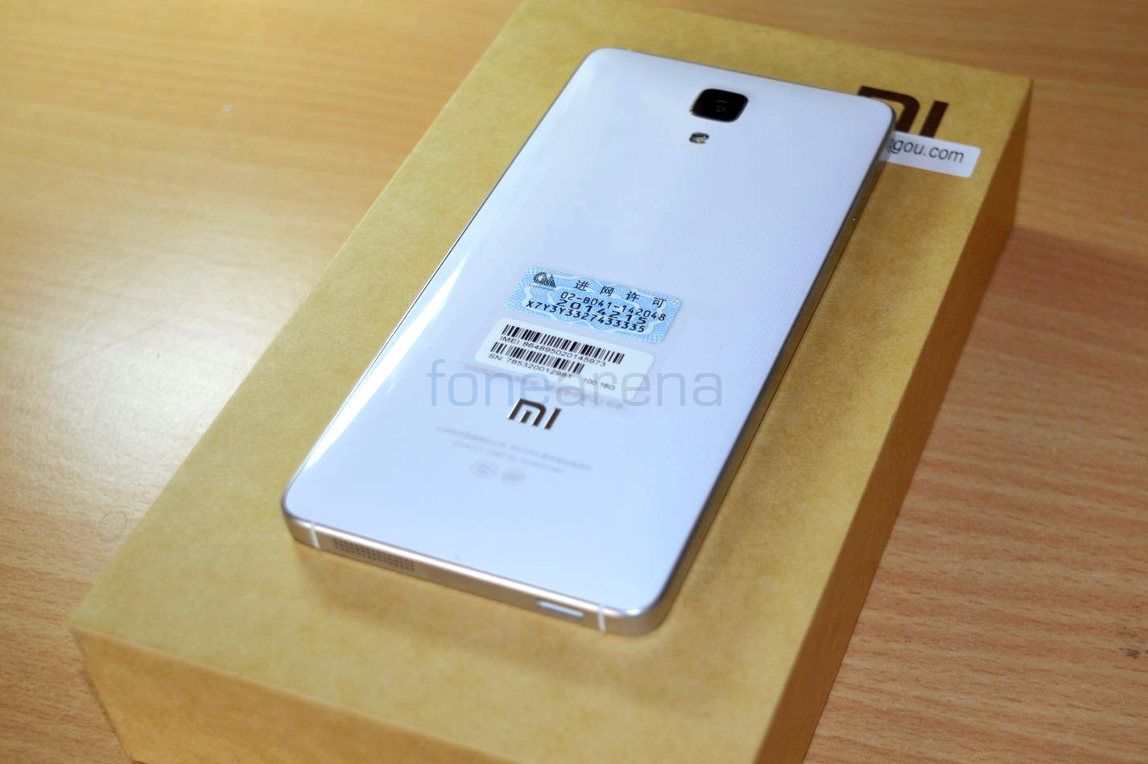 It has a 13-megapixel rear camera with Sony IMX214 BSI sensor, 6-element lens, f/1.8 aperture and 4K video recording. The smartphone comes in black and white colors. Under the back cover, there is a 3080 mAh battery. 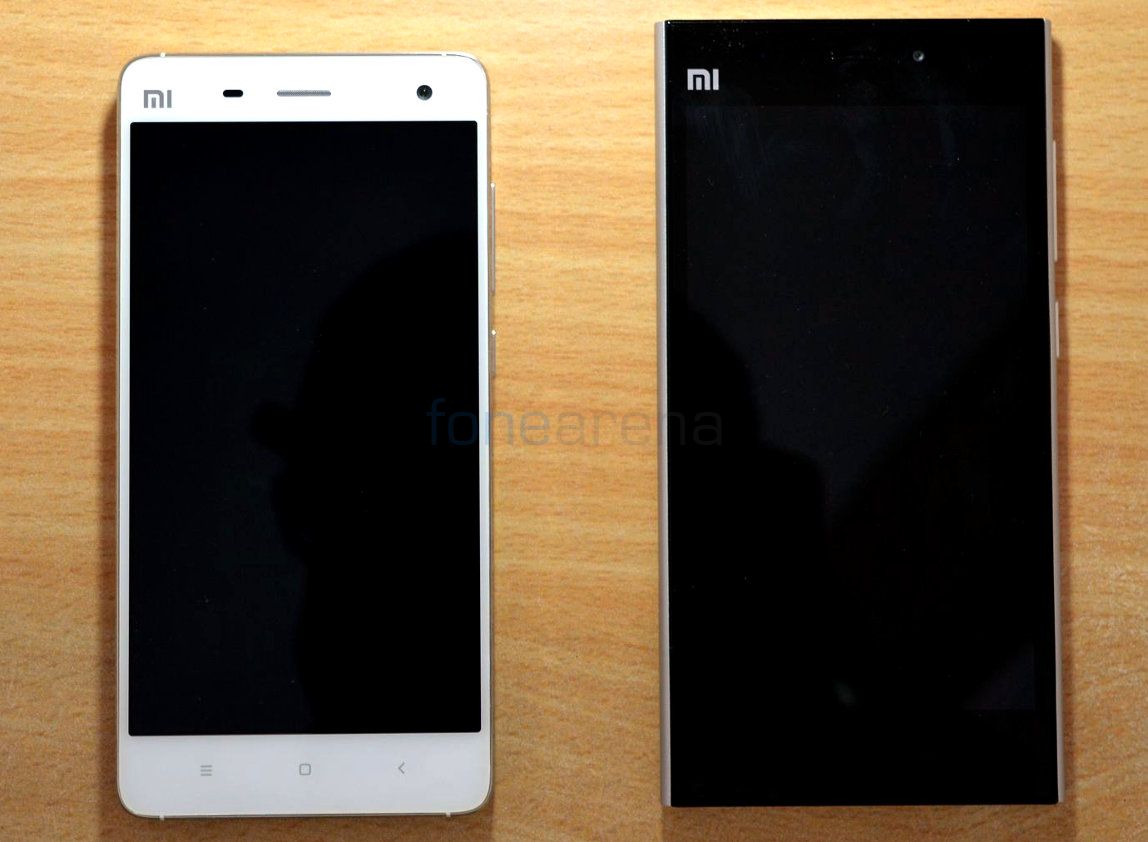 The Mi 4 is smaller than the Mi 3 with height and width of 138.9 mm and 68.5 mm, respectively. The 3G variant of the Mi 4 is currently on sale only in China. Xiaomi plans to launch the smartphone with LTE support in India later this year. We will be bringing you the unboxing, benchmarks and more soon. As you might have noticed from the sticker on the box, we got the device from China through ibuygou.com.