OPPO had been teasing the N1 mini via their social feeds through the past week or so. The N1 mini, as the name suggests, is the mini version of the OPPO N1 that happens to be the Chinese phone maker’s first phone in India, launched back in January. 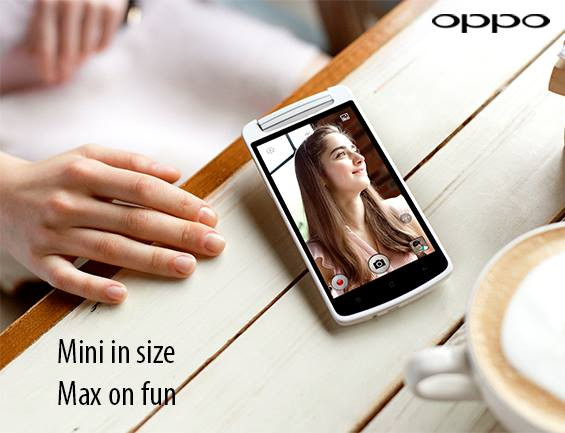 OPPO hasn’t revealed the N1 mini specs set for India, but we assume it won’t be very different from the version OPPO unveiled earlier. Here is what the N1 mini is believed to be having under the hood.

It’s quite clear that the N1 mini will be a camera-centric device with the above mentioned specifications. It is worthy to note that the 1.6GHz Snapdragon 400 SoC that the N1 mini is expected to feature powers the (expectedly) much cheaper Xiaomi Redmi 1S as well.