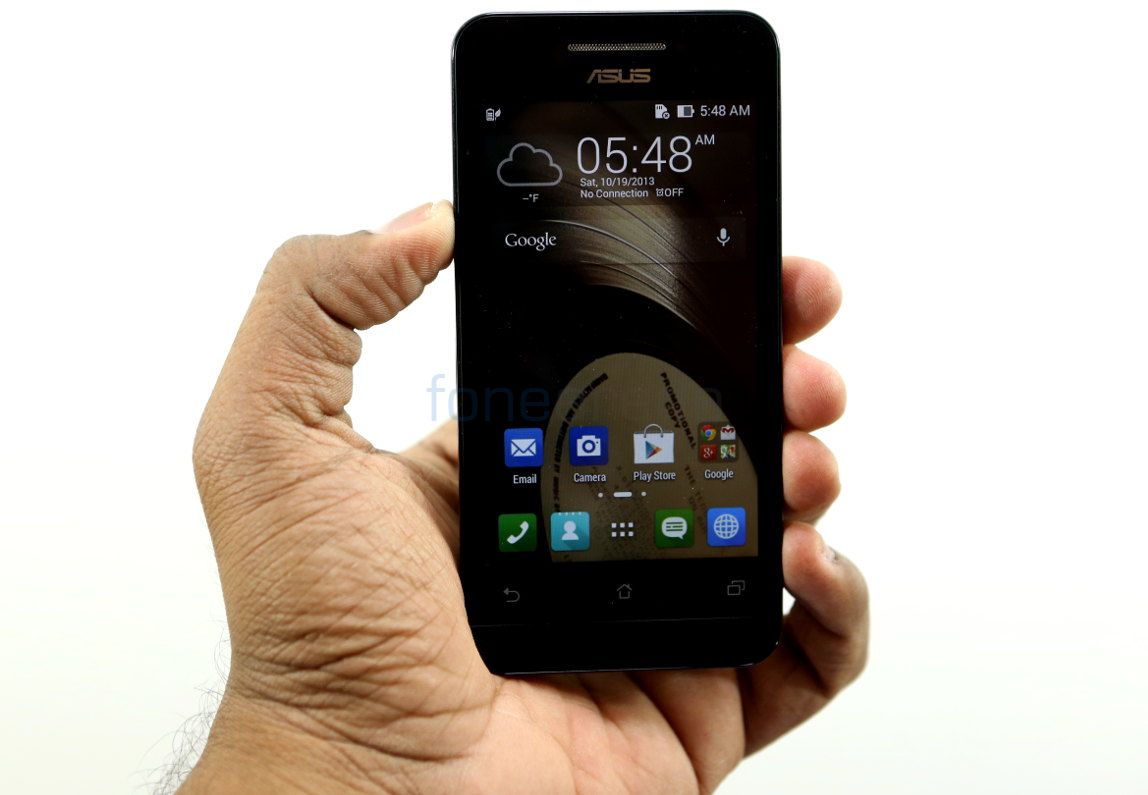 Asus ZenFone 4 is the cheapest of all the three smartphones from the Zenfone series. The entry-level phone, launched in India last month for Rs 5,999, aims to offer great value for the price it comes at. ASUS has launched the phone in two versions viz, the A400CG and A450CG. The former has a 4 inch screen and a 5-megapixel camera, whereas the latter, which is not available for sale in India yet, has a 4.5-inch screen and an 8-megapixel camera. Let’s take a detailed look at the Asus Zenfone 4, A400CG black color model in our review. 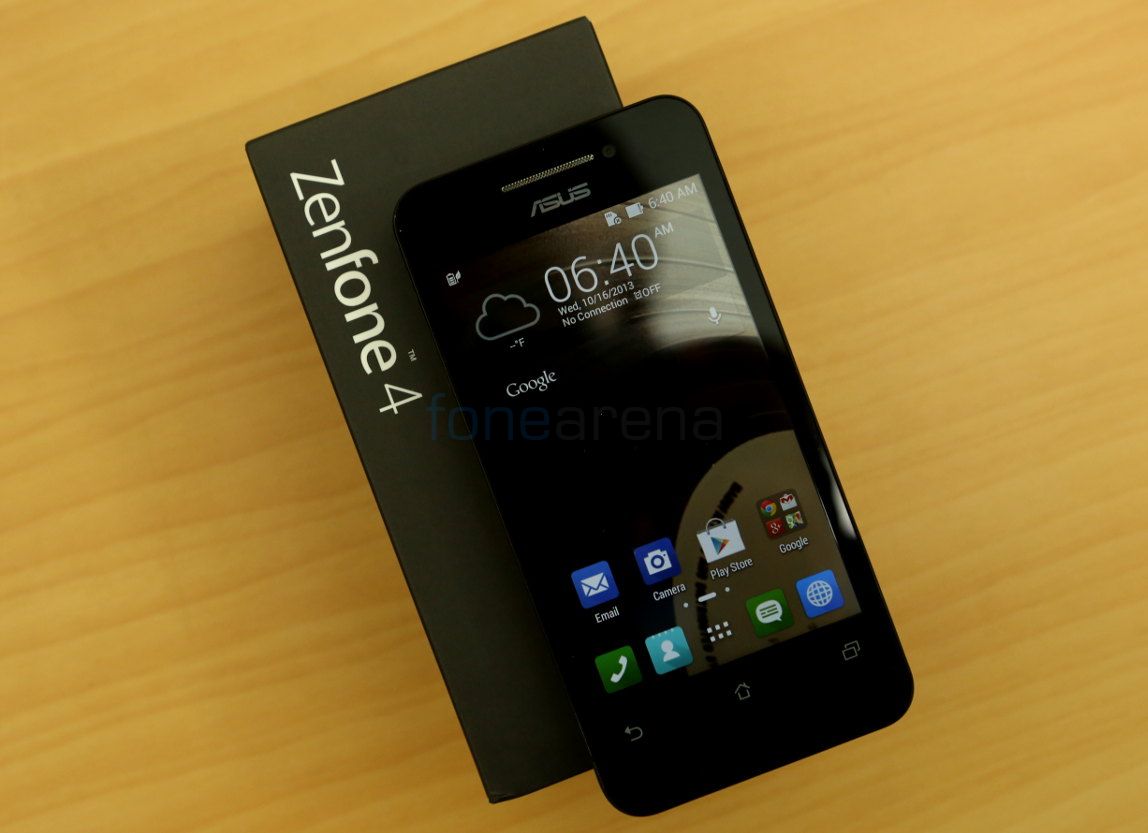 Check out our unboxing of the Asus Zenfone 4 to know about the box contents. 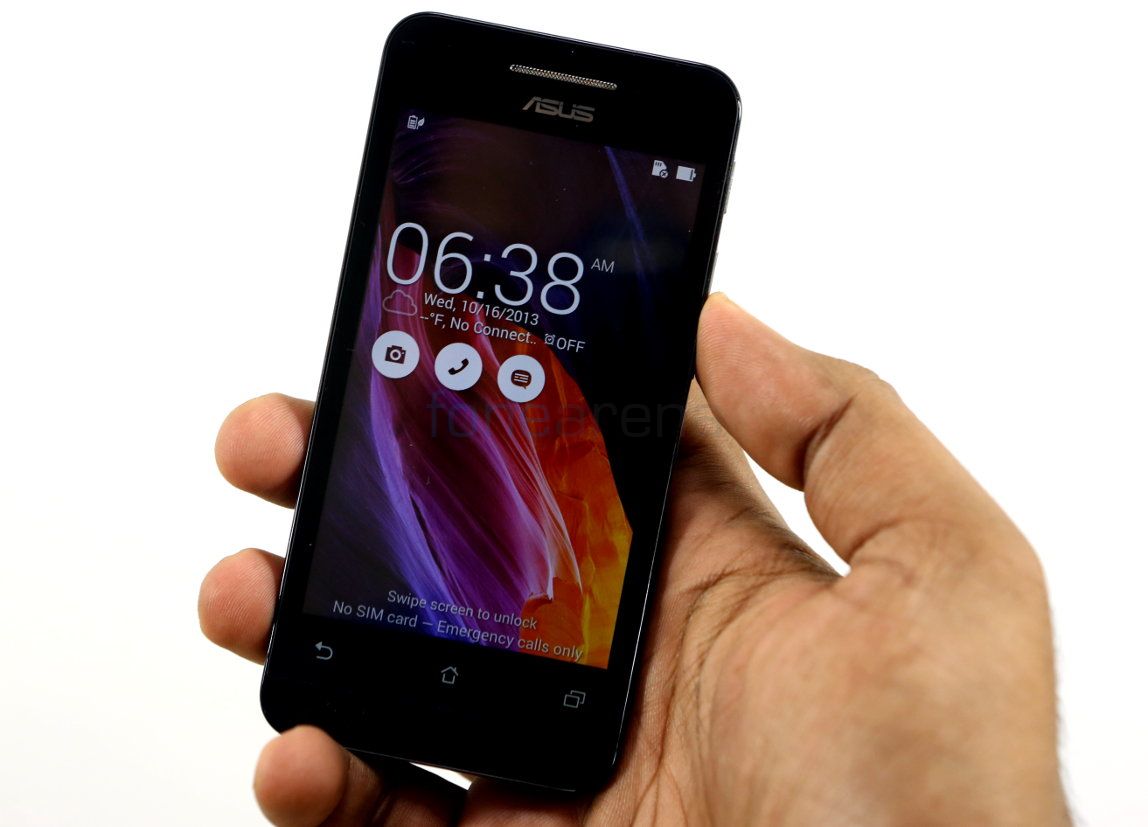 The ZenFone 4 is compact and can be easily operated with a single hand. It is a bit curved at the back and has a rubber matter rear panel that offers a good grip. Asus has put a lot of efforts to make the entire Zenfone series smartphone appealing and that applies for the Zenfone 4 as well. The build quality is definitely class leading when it comes to the price, as the Zenfone 4 tends to use materials that are not the usual glossy plastic that other phones have. The phone comes in five colors – Charcoal Black, Pearl White, Cherry Red, Sky Blue, and Solar Yellow. It has a 0.3 VGA front facing camera along with LED notification on the front. It has proximity sensor, but lacks an ambient light sensor for automatic brightness control. It is 11.5 mm thick and weighs 115 grams. 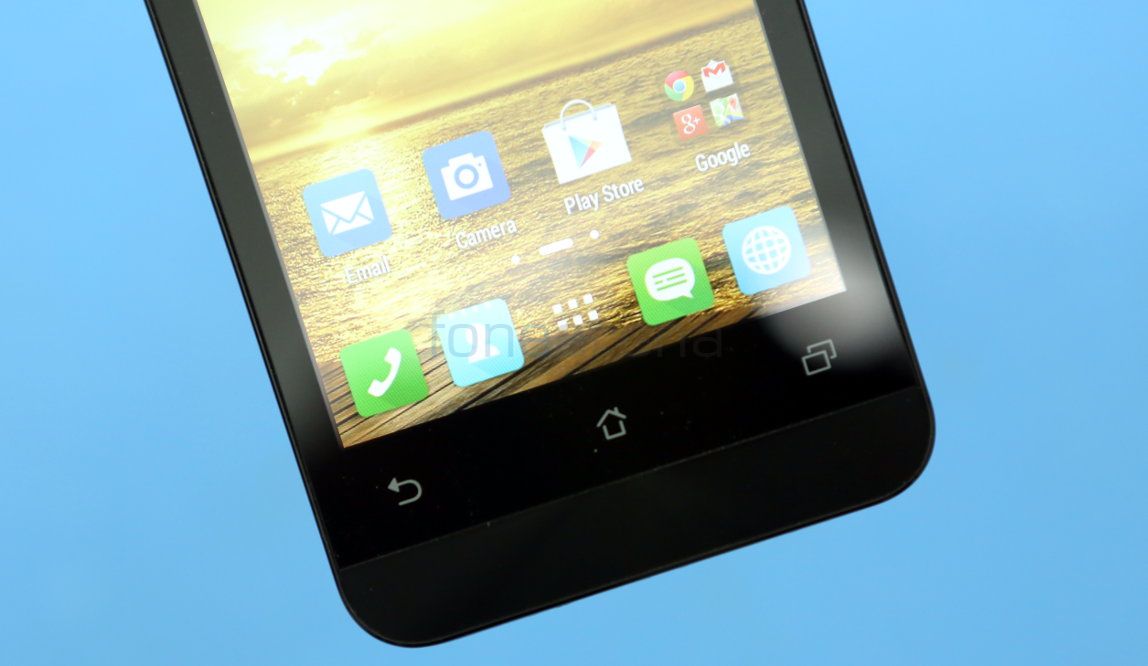 Like other Zenfones, the phone has the brushed metal design at the bottom of the front face of the phone. This design has trickled down from the company’s laptop range, which is interesting and also adds to the premium look. It has three capacitive touch buttons for back, home and menu, below the display. 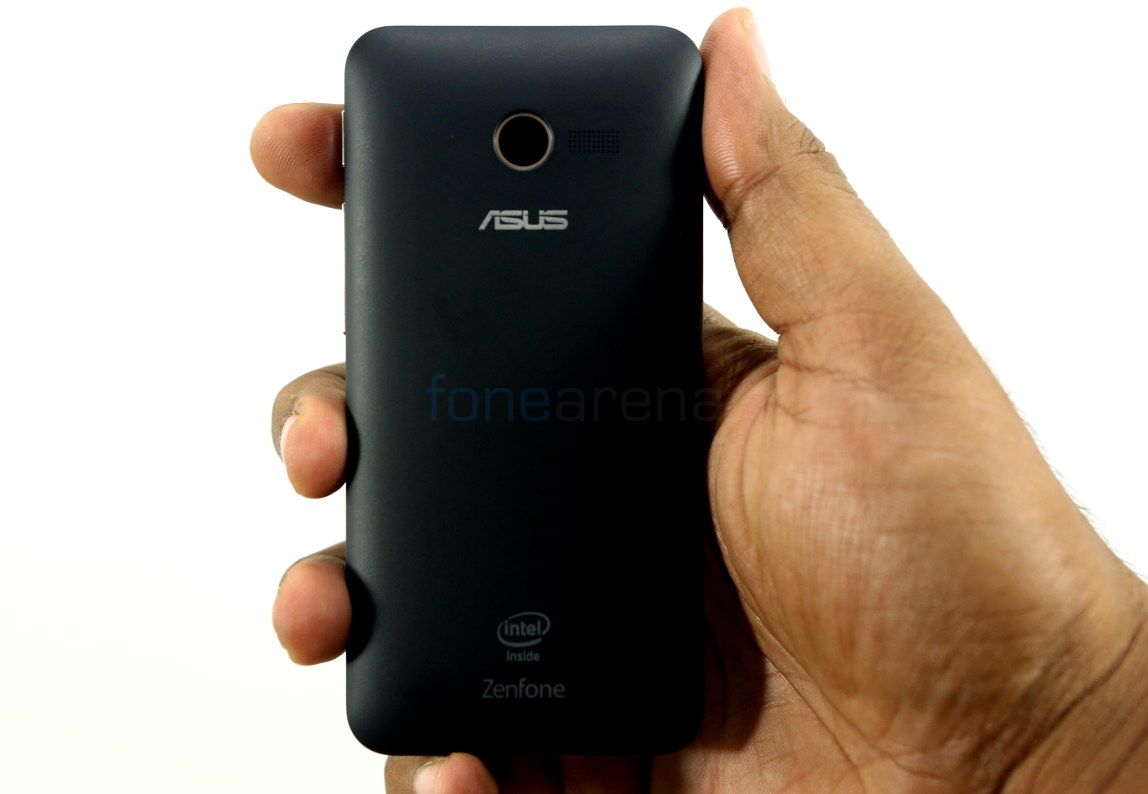 The volume rockers buttons are present on the right with the power lock button while the micro USB slot is present on the left side. There is a 3.5mm audio jack and a secondary microphone at the top . 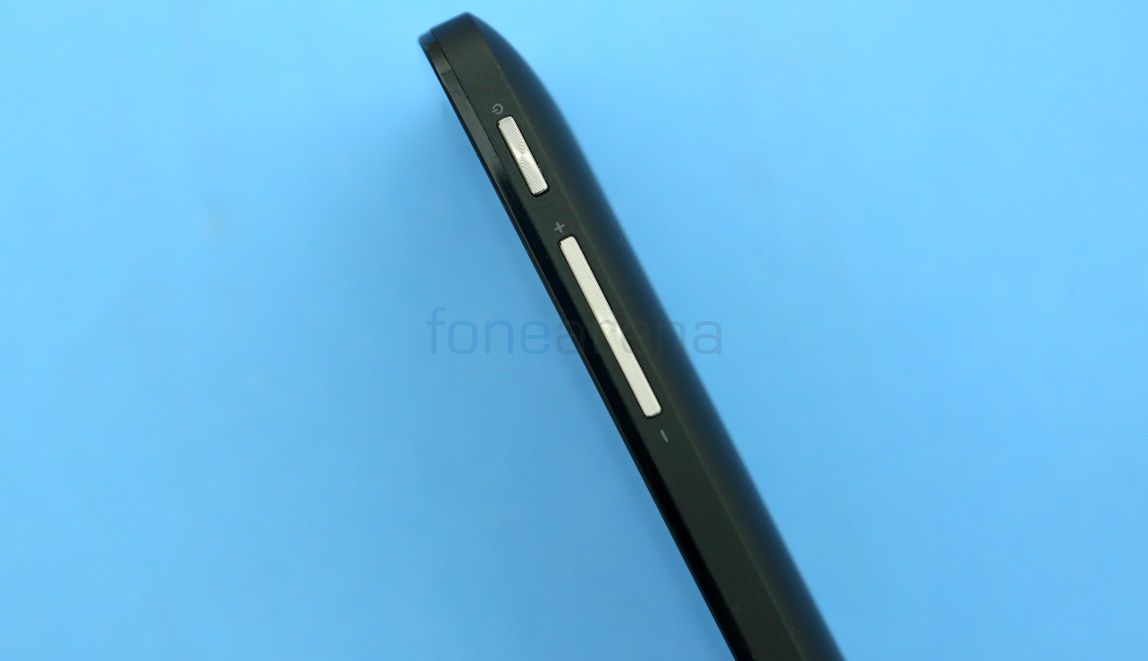 The rear back end boasts of the Zenfone and Intel inside branding. While on the top rear back we have the 5MP camera without flash and the Asus logo. Also present next to camera are the speakers. The phone has plastic black matte finish unlike the metallic one found on Zenfone 5. It has a removable back cover along with 1600 mAh removable battery. There is a microSD card slot at the top, under the back cover. 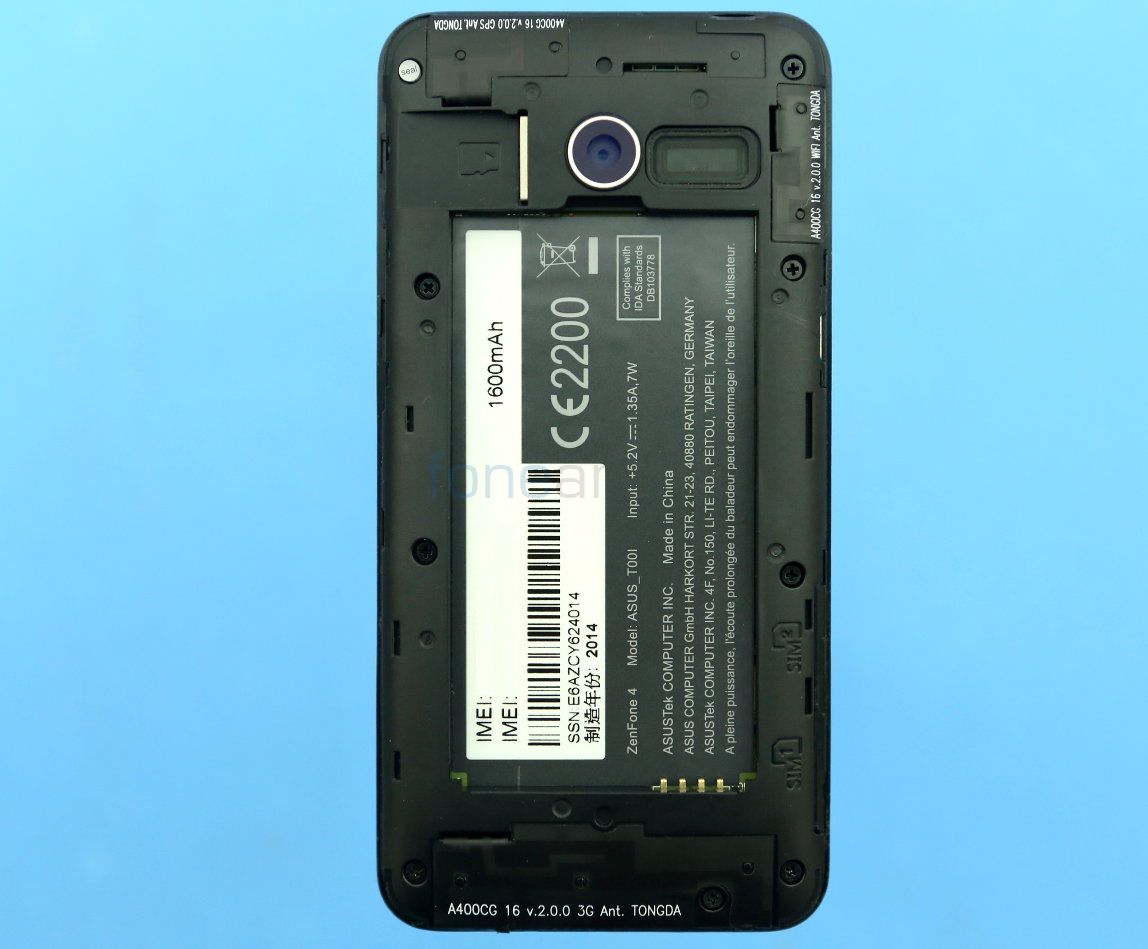 Being a dual SIM phone, it has two micro SIM card slots. The Asus Zenfone 4 has 1GB RAM, 8GB internal memory and expandable memory up to 64GB.

As the name suggests, The Asus Zenfone 4 has a 4 inch (800x 480 pixels) screen with capacitive multi-touch display with Corning Gorilla Glass 3 protection. The display is a TFT panel, which translates to poorer viewing angles than the usual IPS varieties that we get to see in costlier phones, but considering the price it comes at, the resolution itself is a big advantage over the rest. The screen is crisp and very readable but suffers from poor viewing angles, which is mitigated by better colour reproduction and contrast. However, outdoor visibility also takes a hit, making it less usable in the bright outdoors. 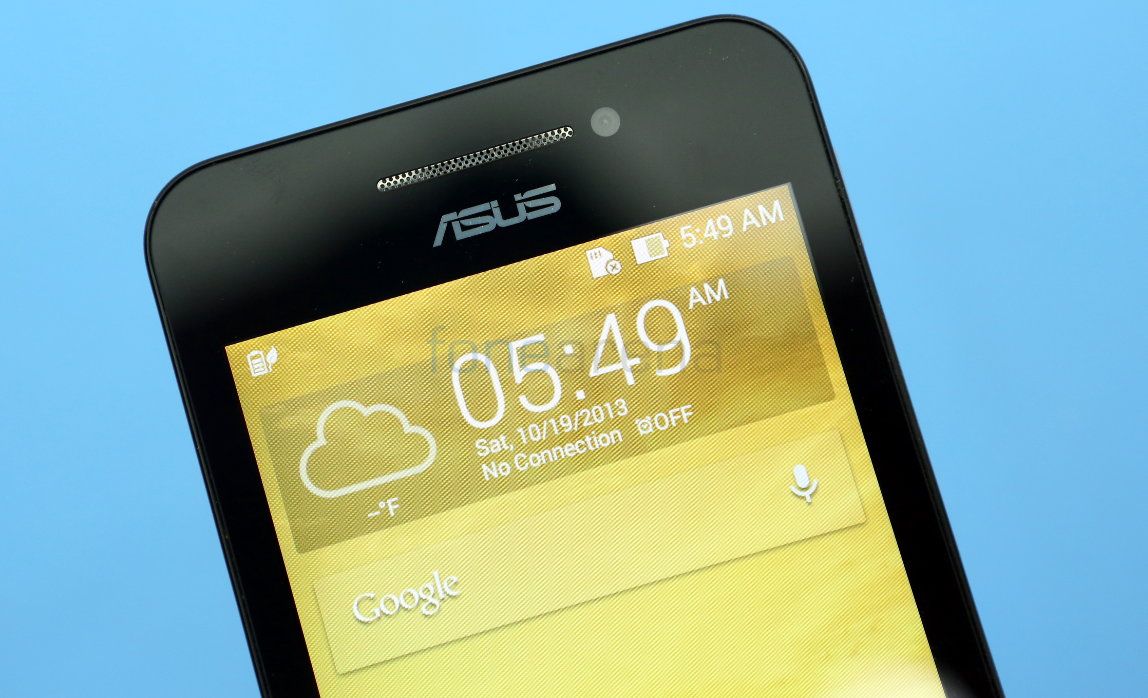 Moving on, the touch screen on the phone is really fluid and smooth for the price tag of Rs 5,999. It feels responsive while swiping screen thereby giving hassle free navigation. 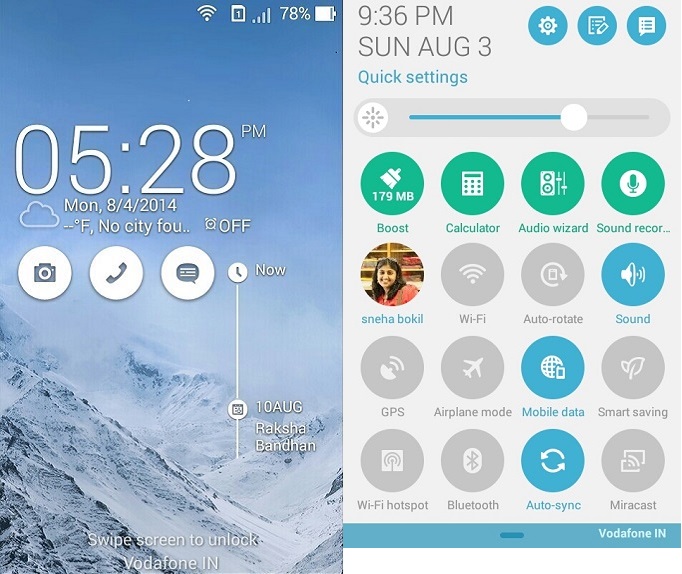 The notification panel on the phone is also attractive and are encompassed in a bubble resembling the chat heads from Facebook Messenger. The bubble like circular tabs can be found in dialer app as well. Glove Mode and Reading Mode that we saw on the Zenfone 5 and 6 are missing on this phone. Also, the Easy Mode which changes icons and text to a larger font is absent from this handset. 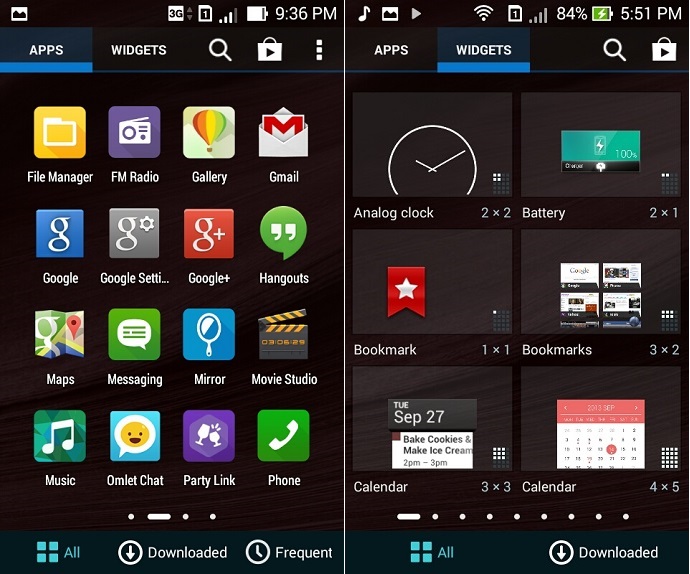 There are a bunch of cool pre-loaded apps like Do It Later, SuperNote, Splendid, WebStorage, AudioWizard, PartyLink Share Link Mirror and Omelet chat. Again such additional app offering puts more power to the budget handset and gives it an extra edge. One of the most disappointing features of the phone is the Asus keyboard which is too tight. The cramped up keys result into poor typing experience even for a person with small hands and fingers. 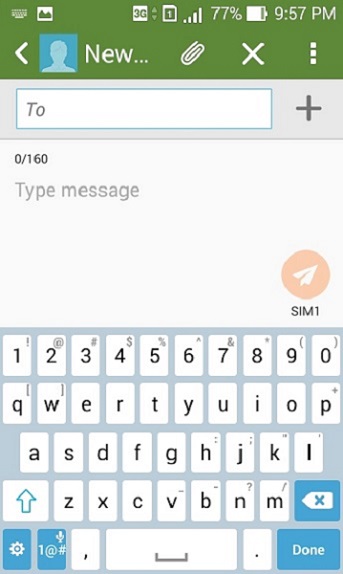 The phone offers decent quality music via its loud speakers at the back however it is not the best. It also has a built-in FM Radio that lets you add up to six radio stations. Again, the UI for the both the apps is attractive and peppy. Similar to other Zenfone series phone there is a AudioWizard that offers several audio enhancements such as Power Saving mode, Music Mode, Movie Mode, Recording Mode, Gaming Mode and Speech mode. You can adjust the audio based on your preference. 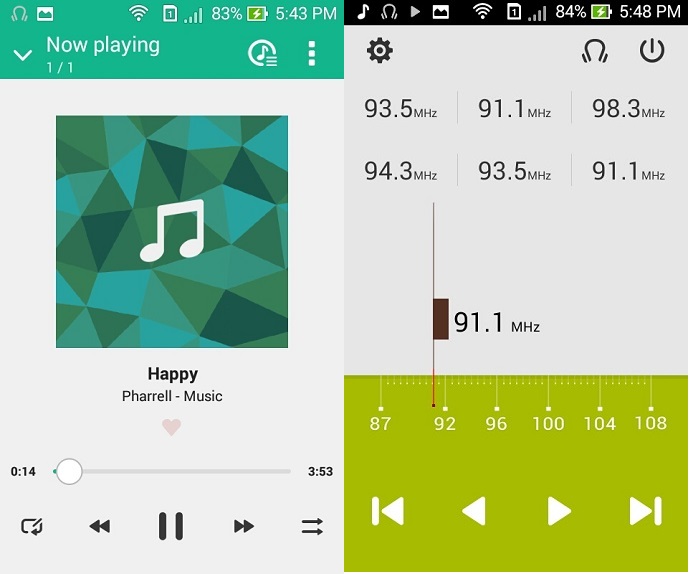 The Asus Zenfone 4 offers about 4.61 GB usable memory from total of 8GB memory. Compatible Apps can also be moved to SD card. 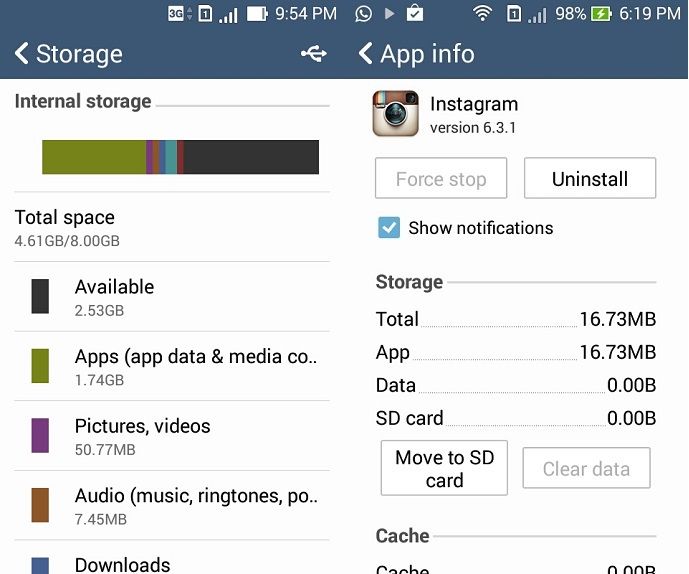 Surprisingly, call quality on this low-end device was good as compared to Zenfone 5 and Zenfone 6. We did not face any disturbance, lag or call drop during our testing period. Also, the speaker on the phone is good and delivered clear and loud sound. 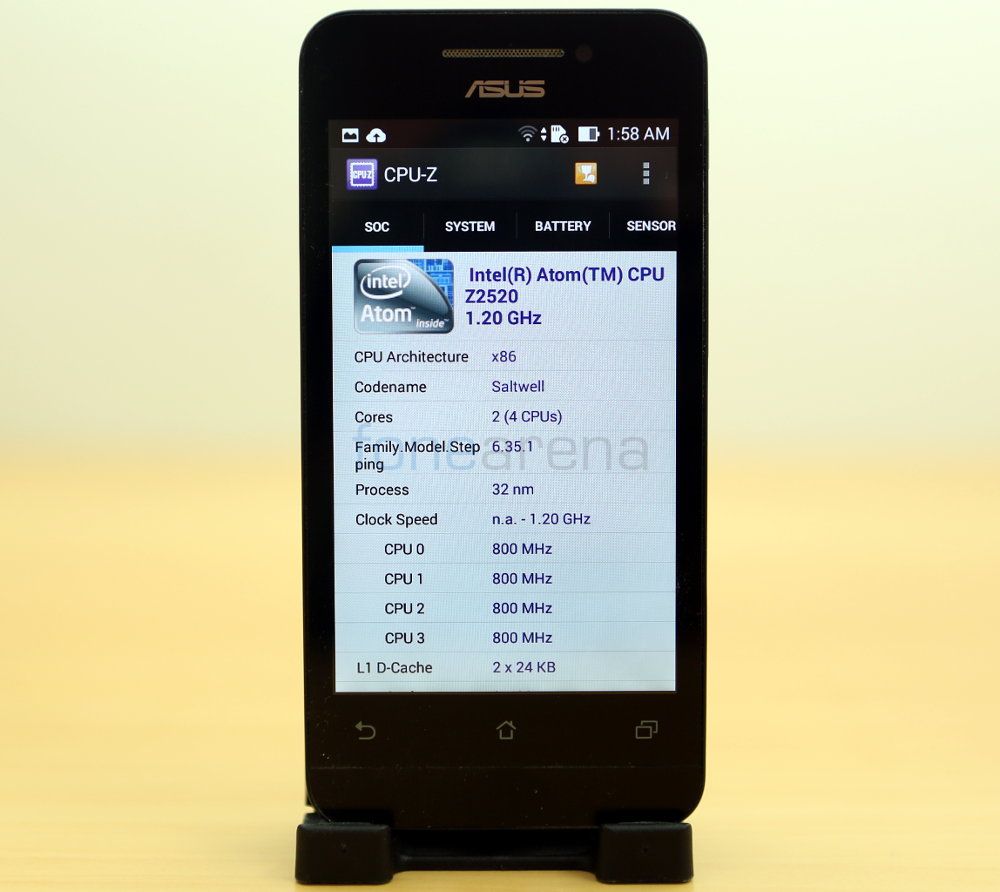 Powering the Asus ZenFone 4 is a 1.2GHz, dual-core Intel Atom Z2520 chipset built on a 32nm HKM process. It also has 1GB RAM, and PowerVR SGX544MP2 graphics. The phone did not freeze at any point on our testing period however it did face some lags while playing games and accessing Chrome browser. It did not deliver a sluggish performance otherwise which is definitely one of the plus points of the phone. 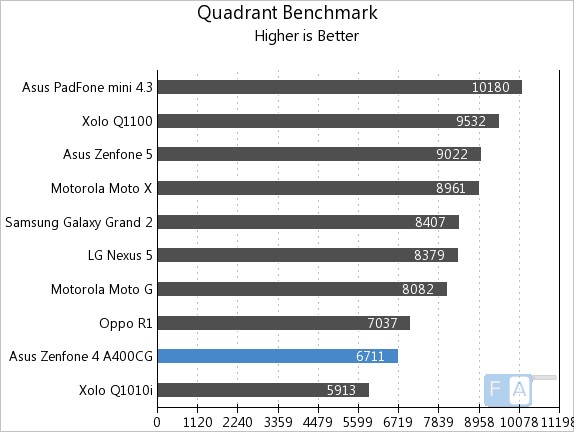 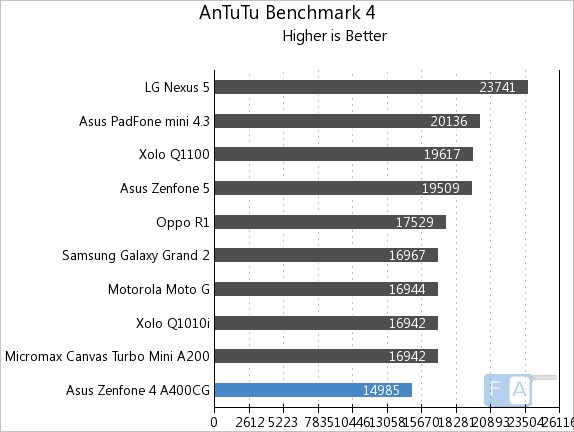 Check out the complete set of Benchmarks to know more about the synthetic benchmark scores.

The phone felt quiet responsive while playing games barring minor glitches however the poor display quality does not bring out the best of graphics that are present in these games.

Facebook and WhatsApp are undoubtedly two most important apps used daily by an average smartphone user. The Zenfone 4 was able to download the Facebook app unlike the Zenfone 5 however, the news feed did not load properly on 3G connection and only on a WiFi connection. While in case of WhatsApp, no video or images were downloaded on a standard 3G except for WiFi. Except that the phone did fare well for simple tasks. In term of connectivity, the Zenfone 4 has support for 3G HSPA+, WiFi 802.11 b/g/n, Bluetooth 4.0 and GPS. 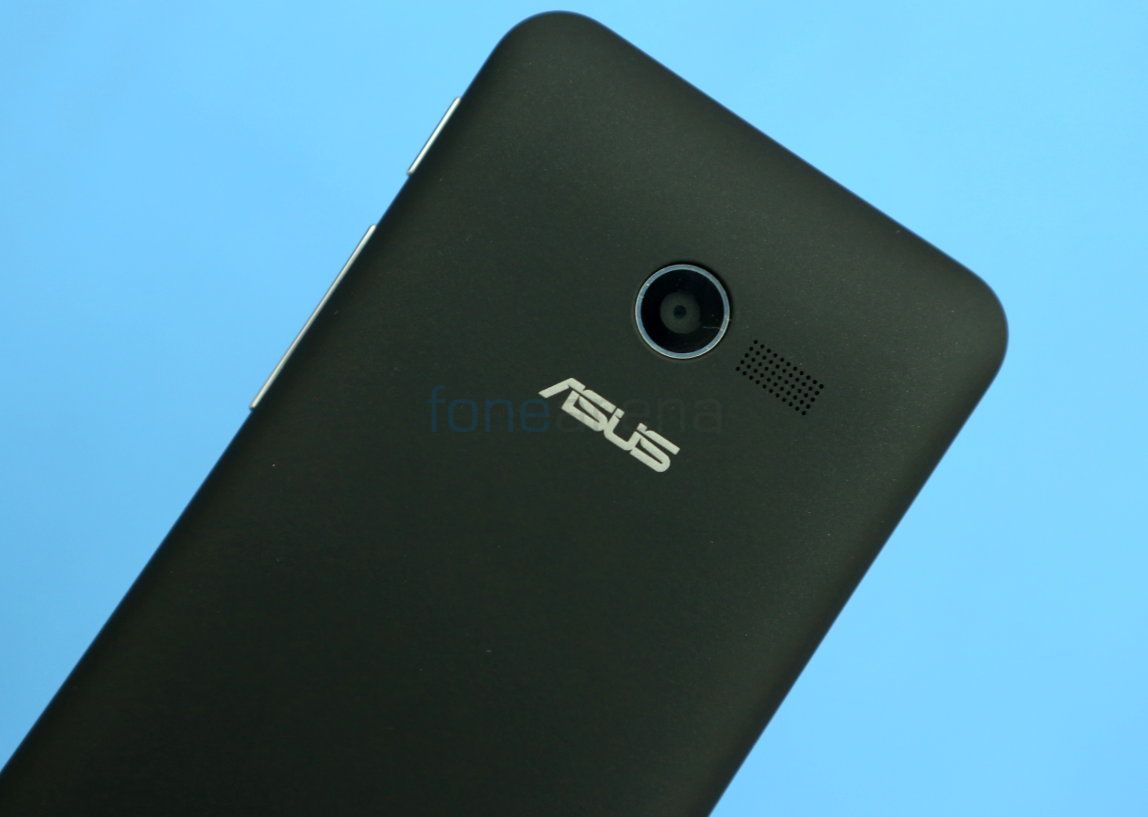 The 5MP camera on the Zenfone 4 is, like its build quality, class leading. That’s not to say it is great, but it takes very usable photos. It is important to note that Asus is offering Auto focus on this one, which is a welcome move unlike its competitor Moto E which had to settle for a fixed focus shooter. Similar to other Zenfone series smartphones, the Zenfone 4 also has the ‘Pixel master ‘ technology. While there are no major differences between the camera’s Auto and HDR photos, the phone does offer a range of modes including panorama, selfie, miniature, night, GIF animations and so on. In addition there are a bunch of filters to spruce up your photos like sepia, negative, grayscale and others. These extra additions can enhance the otherwise average photos. Here are some full resolution camera samples. 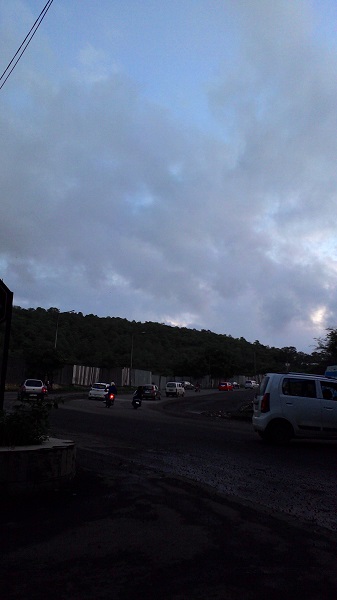 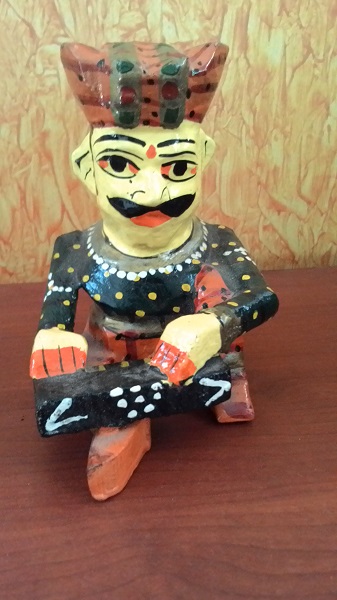 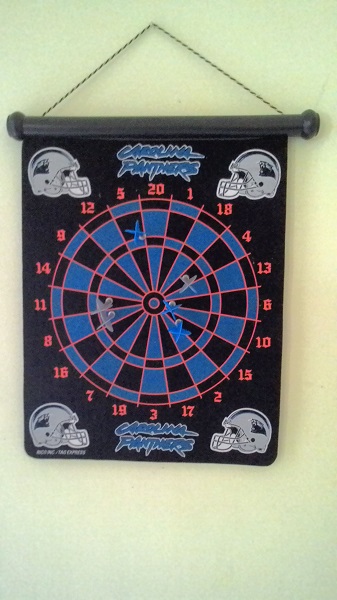 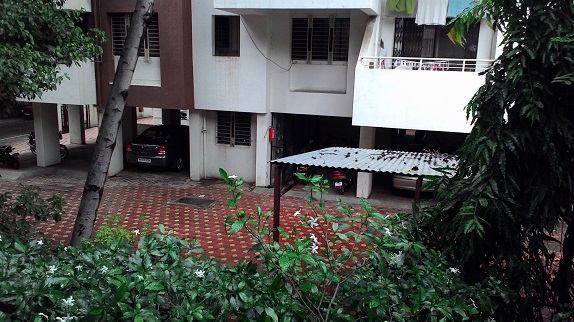 Photo in Auto Mode were crisp and had good colour reproduction. There were certainly better than the one taken with HDR Mode. 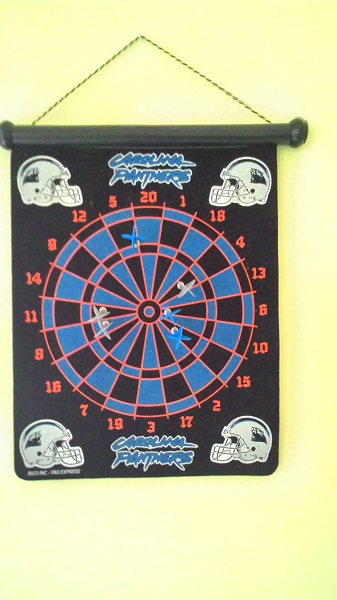 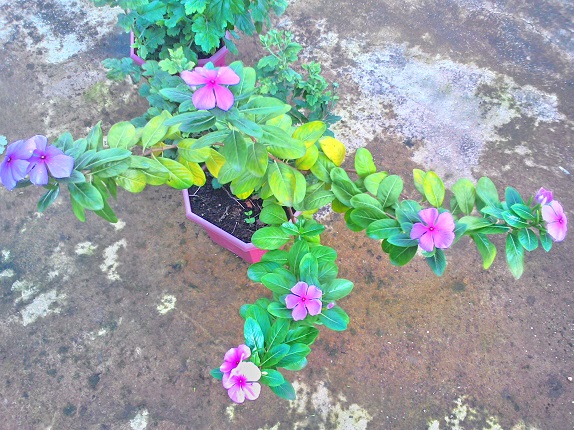 HDR shots were very poor as they added quiet a bit noise to the photos and changed the original shade of the photo. Also, it added a yellowish tinge to photos, thereby deviating them from displaying the original colour and light balance. 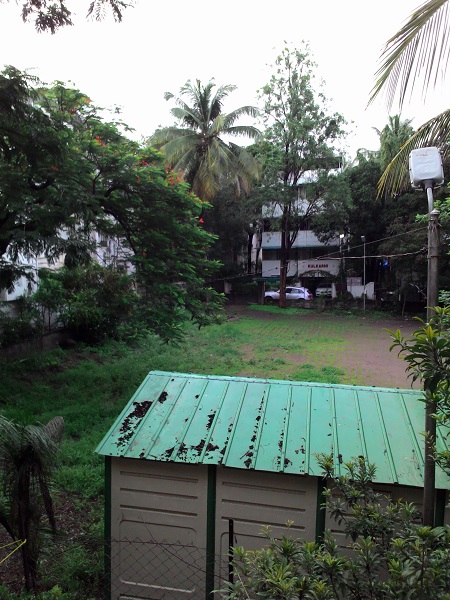 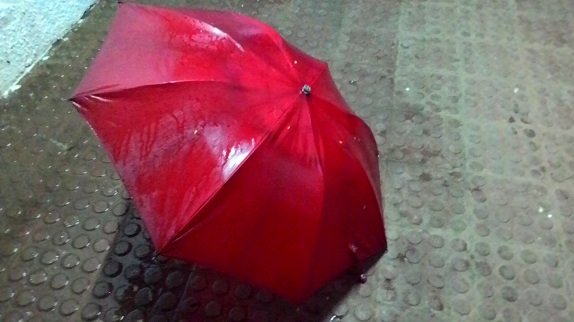 The Night Mode photos were also average and came out grainy. As the camera does not have a flash low-light photos turn out to be poor. Finally, that leaves us with a tiny 0.3-megapixel front-facing camera which is very poor and not good enough to take any kind of photos.

The Zenfone 4 supports 1080p video recording. Here is a sample of the video.

The 1,600mAh removable battery on the ASUS Zenfone 4 lasts a day or less with regular to medium use. On a full recharge, the phone lasted for 5-6 hours on basic use like radio, social media and occasional gaming. The power saver option offers several Smart saving modes such as Customized mode, Optimized mode and Ultra-saving mode. These modes can extend the battery life by limiting the CPU use. While the batter life is not so great, this is a compromise that we have to make with cost, and probably the use of an Intel processor which is not well known for battery life. 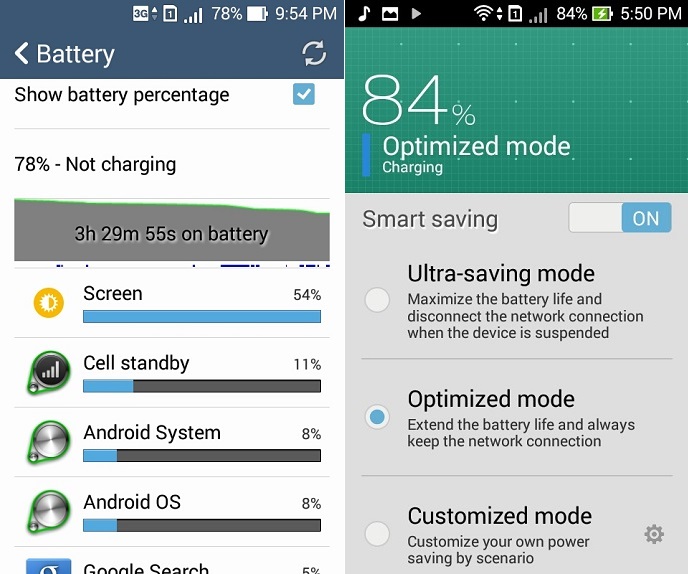 To sum up, the Asus Zenfone 4 is a good device and offers more in terms of build quality, attractive UI and storage space considering the Rs 5,999 price tag.  1 GB RAM does result into medium multi tasking up to some extent which is a surely one of the plus points of the phone. However, we feel that it could have offered a much better display and battery life. Asus got the pricing right for the Zenfone 5 and Zenfone 6, and same goes for the Zenfone 4.  We expect that that the A450CG Zenfone 4 model could offer better results owing to an 8MP camera with flash and a 4.5 inch screen, but if you are looking for a starter budget phone running Android, the Zenfone 4 is a great choice. It has great build quality, a decent camera, a neat custom UI and has enough power to make for a smooth experience. If you know the compromises you have to make, associated with the cost, it is indeed a great device.

Editor: A few opinions have been modified to reflect the pricing and positioning of the device.