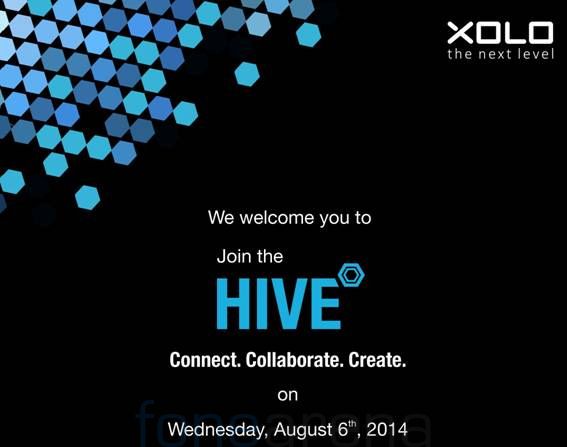 According to earlier rumors the Xolo Play 8X-1000 would feature a 5 inch HD display with Gorilla Glass 3 protection, powered by an octa-core processor and 2GB of RAM.

The HIVE UI based on Android KitKat introduces a new user introduce such as new quick settings screen with circular controls to adjust brightness, controlling volume levels and setting the screen timeout, new lockscreen, Media Centre with last.fm integration for recommendations, new Contacts Book that lets you access all the conversations with a contact in a single thread, custom themes, customizable app drawer and more.

We will bring you more details about the smartphone from the launch event next week.