Google released its stock email app on Play Store earlier today and now it has added some tweaks to the Drive app on Android. The cloud storage app from Google gets fresh look with a new animation which was earlier light blue. A new document creation shortcut has been added  in the floating bar at the bottom of the screen. 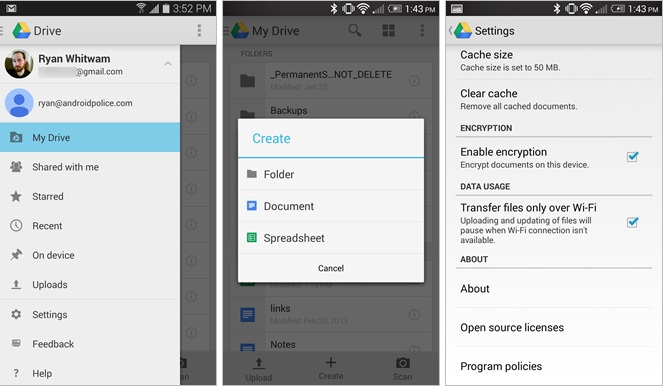 Moving on, the multi-user switcher which earlier use to drop down now expands in-line. Google separated the editing features from Google Drive recently and released two new apps called Sheets and Docs. If you have both the Drive and Docs or Sheets app installed, opening the file automatically opens the particular app. The latest update is rolling out to users in stages, but you can sideload the APK from the source link below .

Google slashed prices for Drive in March and updated Gmail for Android with the ability to save attachments to Drive.