MediaTek would also launch MediaTek Labs, a worldwide ecosystem initiative for the developer community later this year that would support developers in creation of wearable devices and IoT applications based on the LinkIt platform. It would offer software development kits (SDKs), hardware development kits (HDKs), technical documentation, as well as technical and business support. 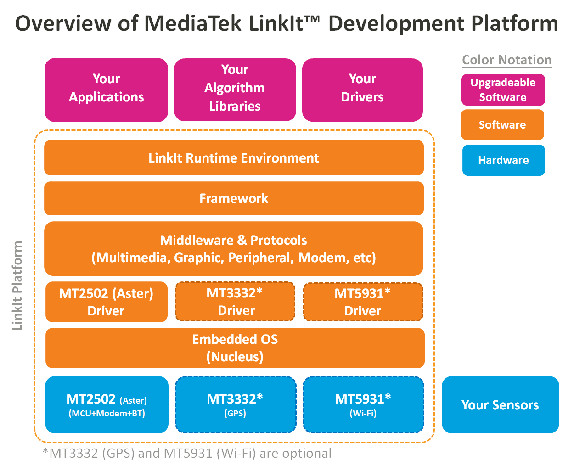 In addition to the MT2502 Asher that includes the Modem, microcontroller and Bluetooth, the LinkIt platform also comes with optional MT3332 GPS and MT5931 WiFi modules.