Google released Android KitKat factory images for Nexus devices and Motorola also announced that it will bring the latest update to its devices (X, G and E) this week.  Now, owners of Google Play Edition HTC One M7, M8 and Sony Z Ultra are receiving the 4.4.3 update. HTC has also uploaded the kernel source for this update for the One M7 and M8 devices. 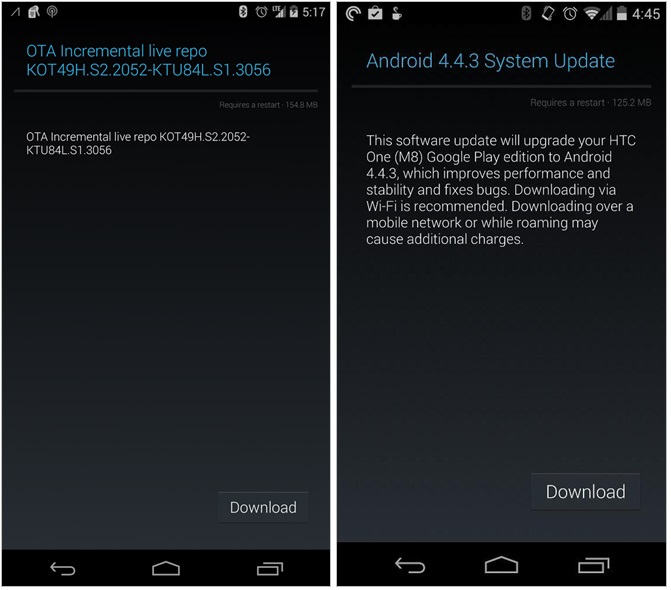 Moreover, Samsung Galaxy S4 Google Play Edition owners are also receiving 4.4.3 update along with the aforementioned lot. Google had said that the latest update is mostly under-the-hood improvements to security, stability, power profiles, and general bug fixes. Also, we know that the update will bring a revamped dialer with lighter colour scheme and new UI.

Other Google Play Edition devices are expected to receive similar updates in near future and you will get an update once it is available.