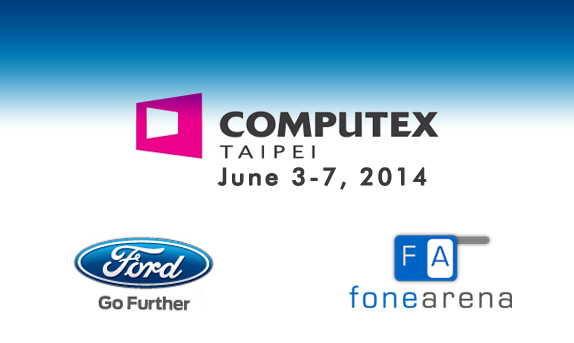 FoneArena is going to be at Computex 2014 in Taiwan next week and we have teamed up with Ford to make the coverage even more exciting! Computex is by far Asia’s largest tech show and you might be wondering what Ford, a car maker is doing at a tech show. Well the auto-maker is going to showcase the future of in-car connectivity and we would be  giving FoneArena readers a exclusive first look from the show floor. And guess what ? That is not all, by following the coverage , you get a chance to win some really cool gadgets. Sounds fun ? Stay tuned to FoneArena for more news about this contest.  And do tweet about your ideas about in-car connectivity and what you would like to win with the hashtag #FordComputex

Taiwan is home to many exciting electronic brands including phone makers, computer makers and a lot of ODMs and OEMs which drive the entire technology market.It is also the land of Digitimes! We did cover Computex last year and this year is going to be even bigger thanks to Ford. So get ready for FoneArena Computex 2014 coverage driven by Ford!