Moments after launching the Motorola Moto E in India, stirring up the mobile market once again is the launch of the newly updated Moto G in the UK, with 4G LTE and a micro SD slot. Two of the biggest complaints regarding the Moto G have been literally decimated with this updated model of an already successful device. This device, launched in the UK, caters to the newly upgraded networks in the country and the addition of expandable storage is just icing on the cake. The Moto G for the Indian market comes without 4G or a micro SD slot, but we certainly feel it could have launched with the latter, as 4G is still in its very early stages here. Priced at US$219 / 149 GBP, it is a bit costlier than before, but is still well within the budget of many, especially with LTE. 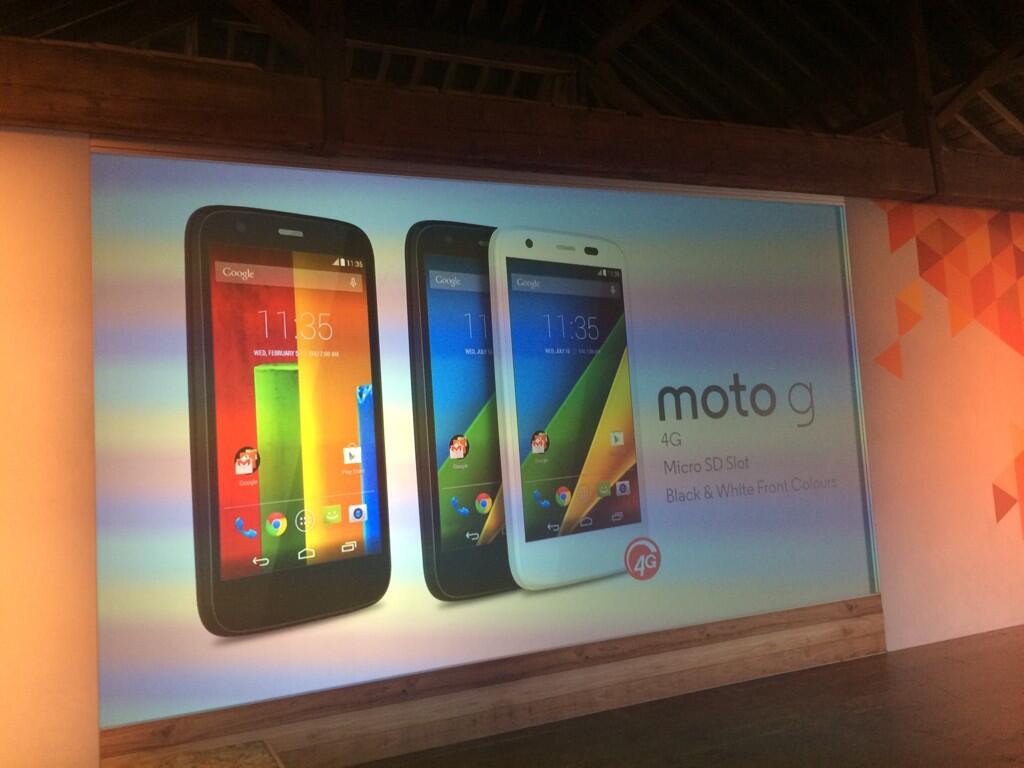 In addition to the 4G LTE and micro SD card features on the inside, the outside also gets a small update, or rather, an addition, in colour. It now comes in White, instead of just Black, but of course, the replaceable back covers and everything else that Moto G is known for, remains the same. Here are the complete specifications –

This launch will enable more carriers to actively take up and promote Moto G, even just as a Pay-as-you-go option. No word on whether this will hit the other markets soon, but we bet all the 4G markets will get it sooner than later, which is a win for the company. The only problem now is, abandonment of Moto G customers who might have really wanted a micro SD slot. Well, at least, it’s not going to stop new customers from buying the Moto G then.