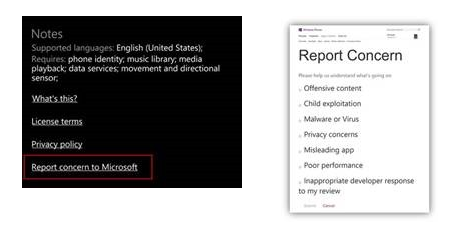 Microsoft seems to very serious about the concern of users as it says that developers who misuse this feature will lose the privilege. It has also announced that no personal contact information is being shared and that all communication will take place through emails and Microsoft will deliver them to you.

Microsoft will also allow users to report questionable behavior of the developers using the reporting link in the details section of the application description. Microsoft has also said that it will be a slow and methodical update, so it would take some time before all developers would be able to reply to user reviews on their applications.