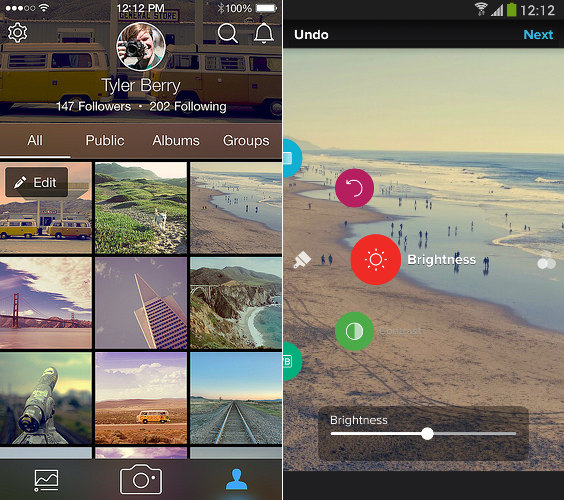 Yahoo has updated their Flickr apps for iPhone and Android to version 3.0 that brings a completely redesigned user interface and has been built from ground up. The iPhone app brings 14 live filters and the Android app has a range of new filters. Both the Android and iPhone apps have new editing tools.

The new app also lets you record 30 seconds of HD video on iPhone and use the same live filters available with photos. Last year Yahoo upgraded Flickr storage to 1TB for all the Flickr users permanently. The latest update finally brings Auto Sync feature that lets you upload all the images and video automatically to your account privately, so that you can share them easily.

Even though the new update brings new features, it only has option to crop photos into squares and doesn’t let you add photos to groups. Hope these would be fixed in future updates.