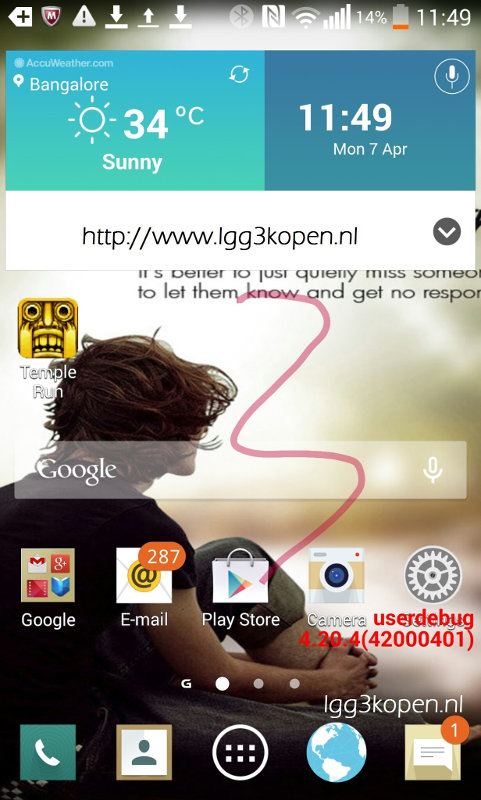 Screenshot from the upcoming LG G3 smartphone has allegedly leaked online. It shows a new Optimus UI with flat design and icons. The LG G3 is rumored to feature a 5.5-inch Quad HD (QHD) display with a resolution of 2560 x 1440 pixels that was shown off last year. It is expected to be powered by Snapdragon 805 SoC and run on Android 4.4 (KitKat).

It is also expected to come with dust and water resistance, feature a 16-megapixel rear camera and a fingerprint scanner. Apple introduced a flat UI with the iOS 7 update last year and Samsung brought a flat UI to Galaxy devices with KitKat on their new Galaxy tablets and smartphones, including the Galaxy S5.

LG Odin, an octa-core SoC with four Cortex A15 cores clocked at 2.2 GHz and four Cortex A7 cores clocked at 1.7 GHz is also rumored to be in the works, but it is not expected until later this year. An unknown Samsung smartphone with a 5.25-inch Quad HD display and a Snapdragon 805 chip surfaced in benchmarks recently. Both these smartphones might compete later this year.

The LG G3 is rumored to be unveiled in May, nine months after it announced their current flagship, the LG G2.