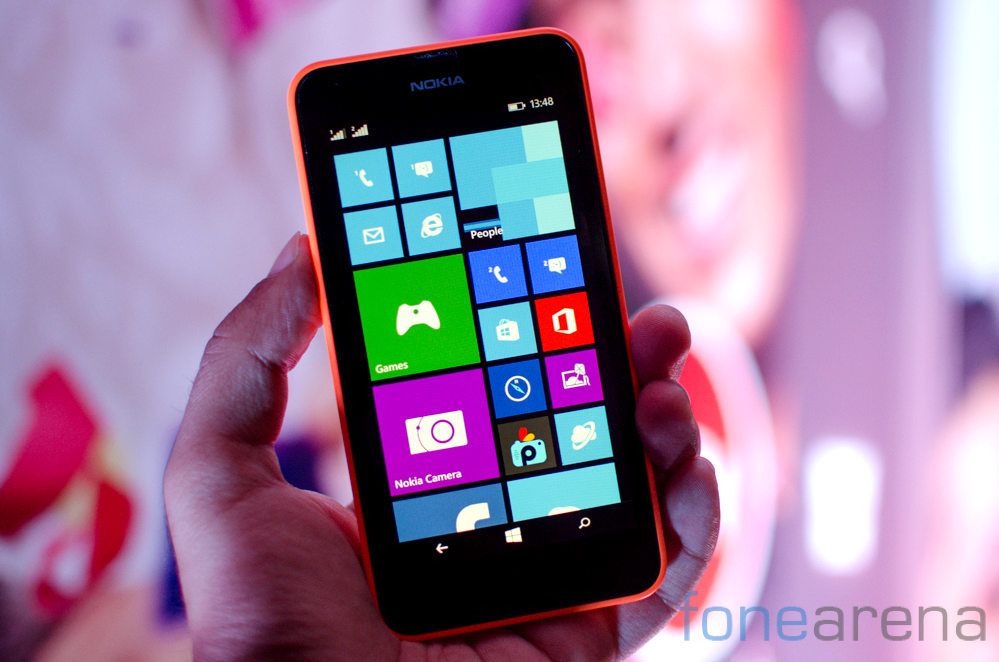 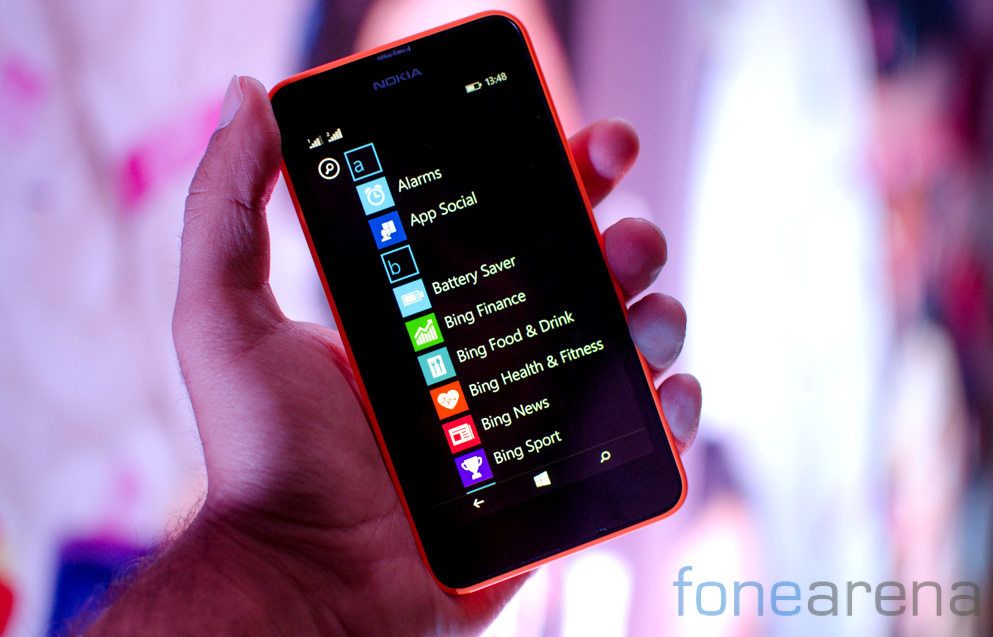 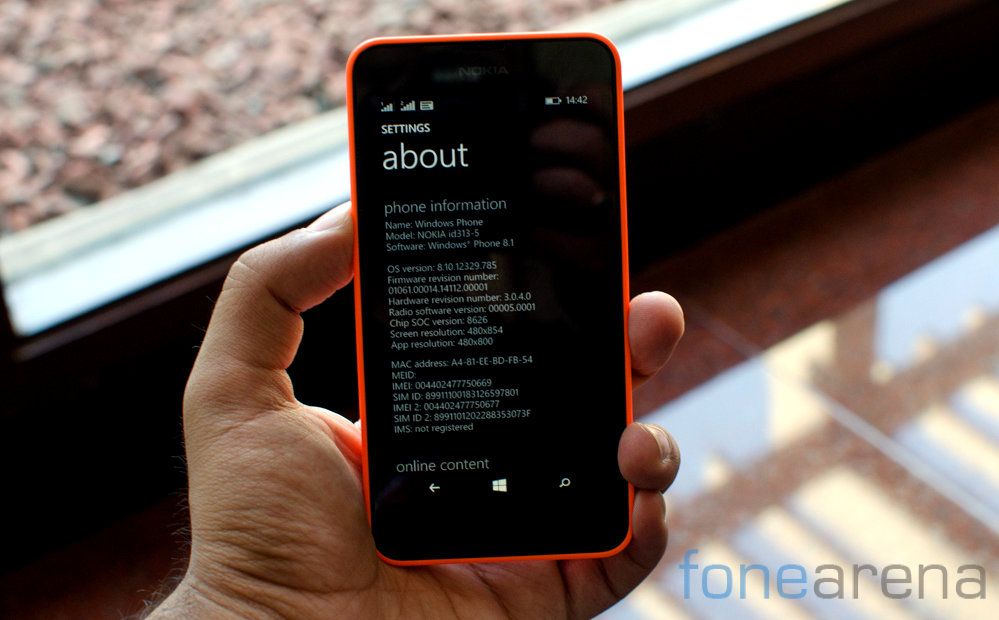 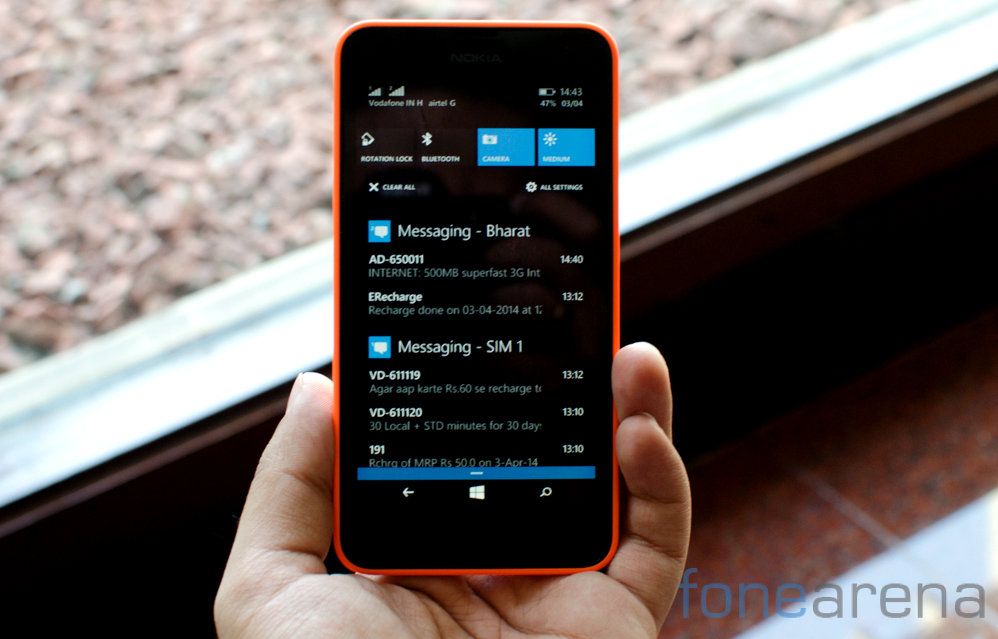 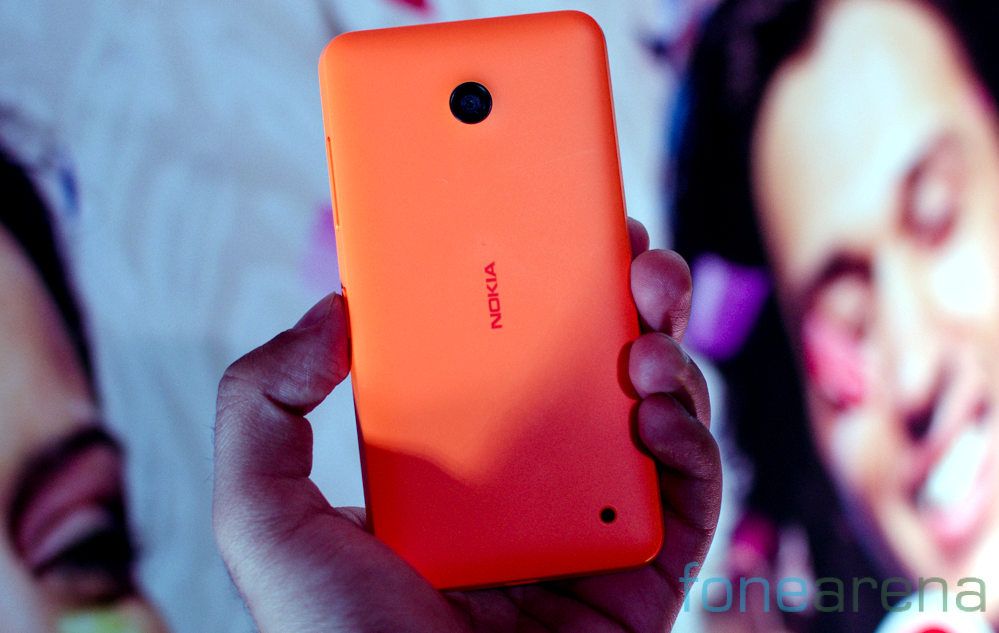 It has the same 5-megapixel rear camera with 720p HD video recording that we had seen on the Lumia 620. 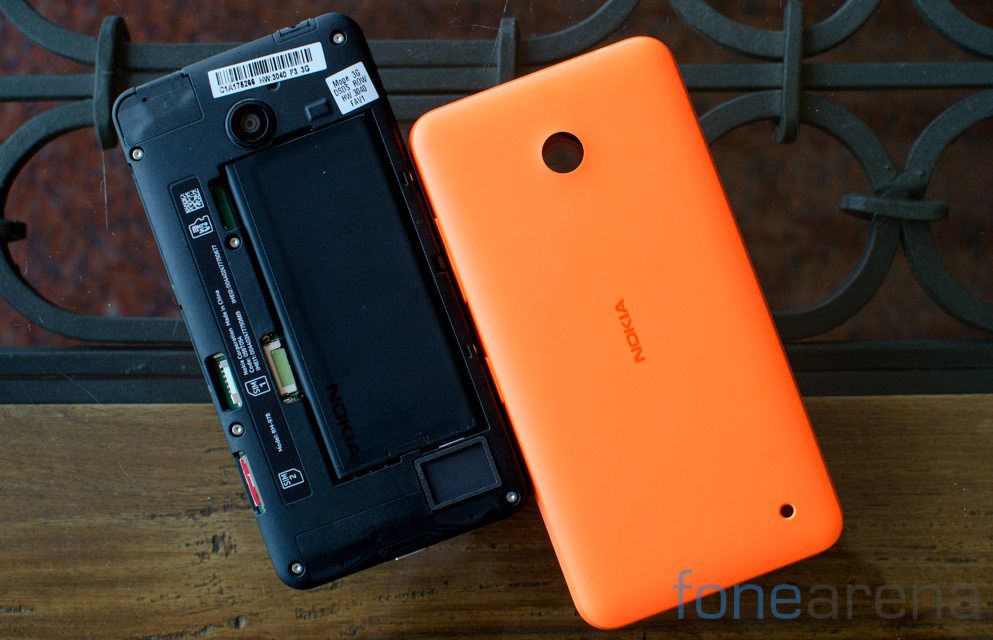 The Lumia 630 has a large 1830 mAh battery. The back cover is removable. It has 512MB RAM, 8GB of internal memory and also has a micro SD card slot to expand the memory up to 128GB. Check out more images below.