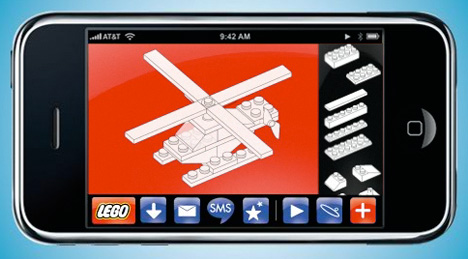 Apple released its new SDK for the iPhone and its raining applications for the sexy touch screen gadget. First it was Gameloft who made an announcement that they will be launching as much as 15 3D games for the iPhone based on the new SDK and now it is time for the all time favorite Lego Building blocks to come on iPhone. Lego is popular among kids as well as adults, if I say that it is a kind of cult in the world of block building games then I don’t think so I am wrong in saying that. PlayNYC’s LEGO-touch application concept is being materializing at the company’s office, they say that it will be built on the new iPhone SDK that was released recently. Just imagine playing Lego on your iPhone, it will be so much fun. You can Build, share, challenge others, personalization and many more things that you can do with this application. With the new SDK for iPhone released and new games being developed, I think iPhone games will give tough competition to Nokia’s N Gage platform.