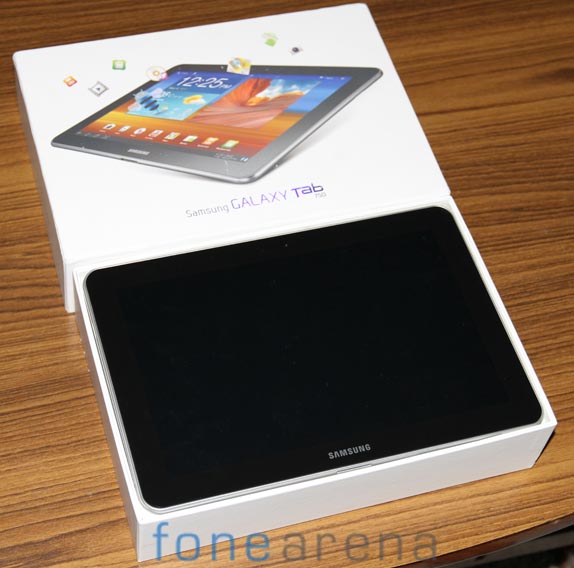 We finally got hold of a Samsung Galaxy Tab 750 and we have to admit this Tablet is pretty attractive. We are big fans of the hardware and the display. We are still getting used to the Android HoneyComb UI. The TouchWiz UI on top of HoneyComb is in fact interesting and an advantage over stock Honeycomb tablets like the Motorola Xoom.  The Tab 750 is moderately lighter than the iPad 2 and a tad thinner as well. Samsung had announced this tablet at MWC this year but this tab got a new design after the iPad 2 was announced.   Check out the video below where we quickly take a look at the retail box , power on the device and also  fire up the browser and do a quick speed test on Vodafone’s HSPA network where we managed to clock about 4-5 Mbps download speeds.