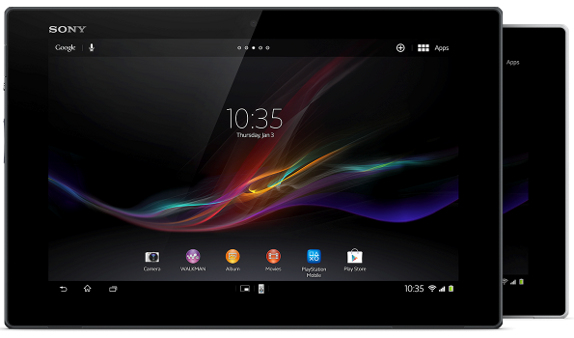 Sony Xperia Tablet Z is on pre-order from online retailers Flipkart and Infibeam in India. The Xperia Tablet Z was originally announced in Japan earlier this year, at the MWC 2013 the company announced that it would roll out globally from Q2 2013. At the Xperia Z launch event the company announced that the tablet would be launched in India in May. The Xperia Tablet Z has a 10.1-inch HD (1920 x 1200 pixels) WUXGA Display with Mobile BRAVIA Engine 2, Shatter proof sheet on scratch-resistant glass, powered by a 1.5 GHz quad-core Snapdragon S4 Pro processor and runs on Android 4.1 (Jelly Bean). END_OF_DOCUMENT_TOKEN_TO_BE_REPLACED