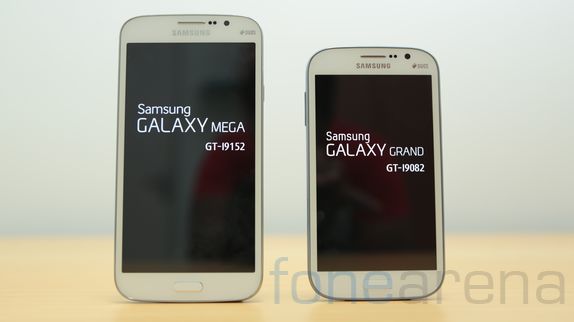 Samsung is known for flooding the entire market with a plethora of phones and the Galaxy series is good example. You have a phone for almost any price range right from entry level to the flagship level. Samsung’s consistency has been one of its main reasons for success and it recently launched two “huge” phones – Galaxy Mega 5.8 and Galaxy Mega 6.3.

Today we the have smaller of the Mega brothers and one of the Samsung’s most successful Galaxy phones in India this year – Galaxy Grand. The Samsung Galaxy Mega 5.8 was launched at the end of May while the Galaxy Grand was launched earlier this year in January. Both the devices are at a slightly different price point, but have almost the same internals. Lets dive right into the comparison.