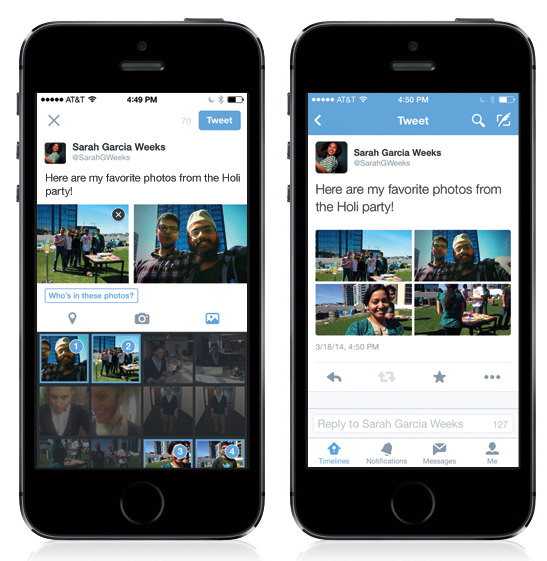 Twitter has started rolling out two new features for the Android and iPhone apps. The photo tagging feature would let you tag up to 10 people in photos. Another feature is option to upload up to four images in a Tweet at a time. “Tagging doesn’t affect character count in the Tweet — you can tag up to 10 people in a photo and still have all 140 characters at your disposal”, says Twitter. 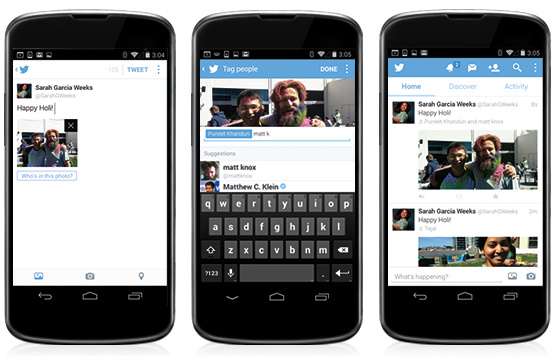 Even though v6.3 update for iPhone is available, the new features would roll out gradually. New update for Android is yet to roll out.