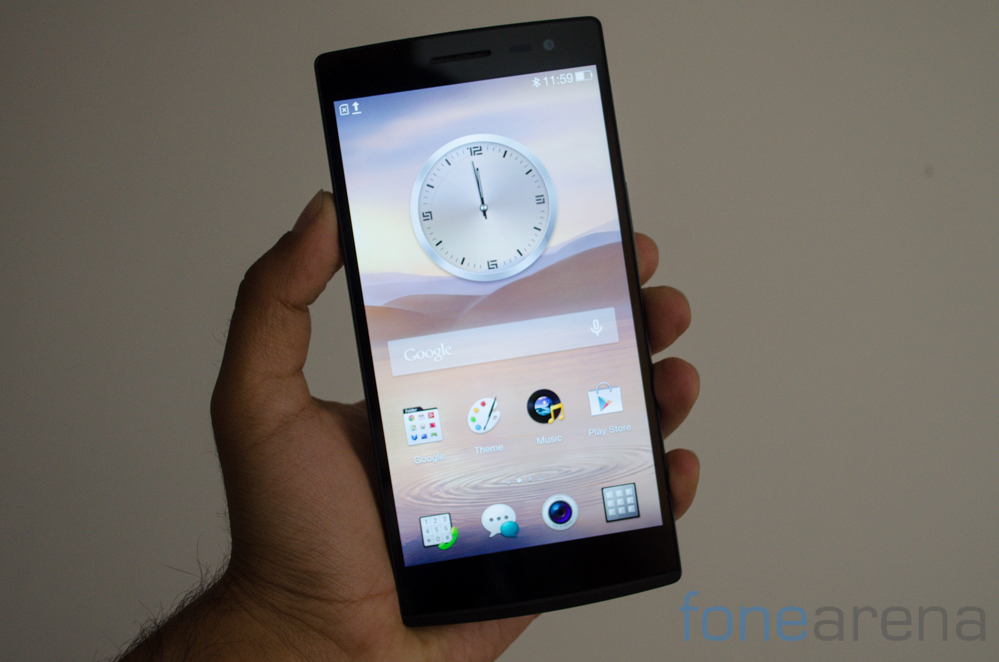 While Oppo’s flagship device ie the Find 7 clearly stole the show, they also announced a ‘lower’ spec variant of the phone that will be making its way to India shortly. Despite being the lower spec variant, to call it a mid range device would be unfair as it’s specs rival current flagship devices. Alongside the Find 7, we spent an extensive amount of time with the Find 7a as well and here we make an effort to bring you our first impressions of the device.

In terms of dimensions, the two phone are virtually identical. Similarly, the focus on design continues on the Find 7a as well. Clean lines flow along the side of the phone while the front basically consists of a 5.5 inch display just like the Find 7. This is however where the differences start appearing. First up, the Find 7a has a lower resolution display compared to the Find 7. While the Find 7 gets a 2k display, the Find 7a has to make do with a Full HD panel. That said, this is hardly a deal breaking factor as the resolution is good enough for a 5.5 inch screen and the panel is rather good looking with excellent color rendetion, viewing angles. 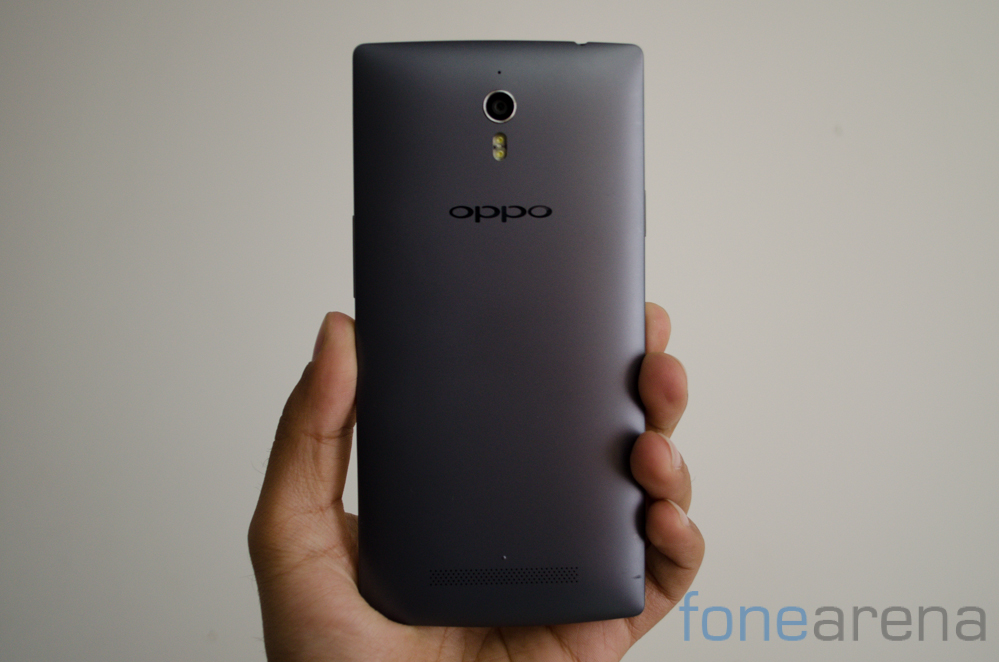 The other difference is in the rear construction. You lose the carbon fibre weave finish but still get a titanium aluminum alloy panel. This is once again removable, and under it you’ll find the removable battery, microSD card slot and the microSIM card slot. Unfortunately the battery size is a smidgen smaller than the one on the Find 7 and is a 2,800 mAh unit. 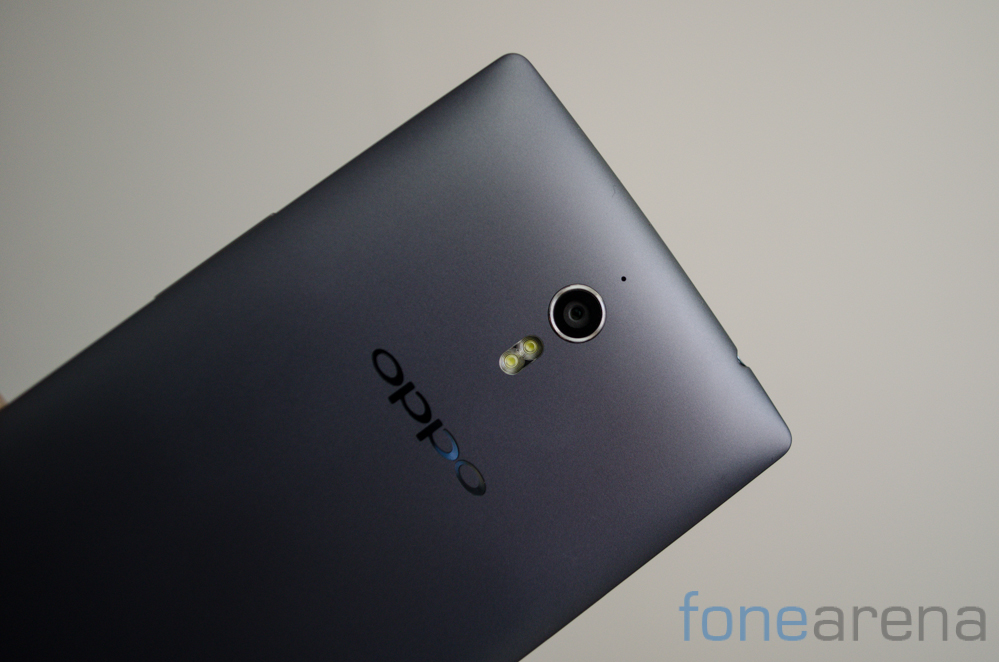 Because the processor no longer has to drive a 2K display, Oppo opted for a slightly slower 2.3Ghz Snapdragon 800 processor and paired it with 2GB of RAM instead of the 2.5Ghz, 3GB RAM combo on the flagship. Storage too has been cut down to 16GB from the 32GB available on the upper end variant. On the other hand, the camera module remains the same IMX214 Sony made 13MP unit with an f/2.0 lens and the phone also gets the 50MP interpolating feature that combines four shots into a high resolution image. 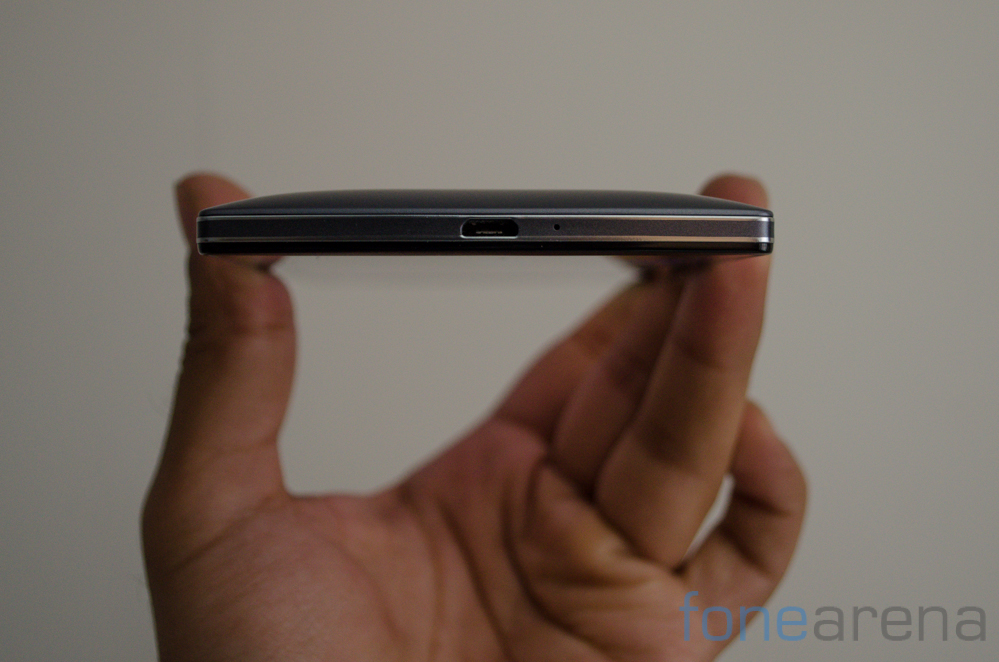 A very cool feature of the Oppo Find 7 & Find 7a is the VOOC based fast charging battery tech. You’ll be able to get enough charge onboard in 3minutes to enable over 2 hours of calling. 30 minutes of charge time will be sufficient to bring the phone up to 75% charge. This is one of the most important and tangible improvements we’ve seen in a phone in recent times and we can’t wait to actually test this out. That said, the 400% accelerated charging requires the use of a special 7 pin cable and defaulting to regular micro USB cables, will drop down charging speed. 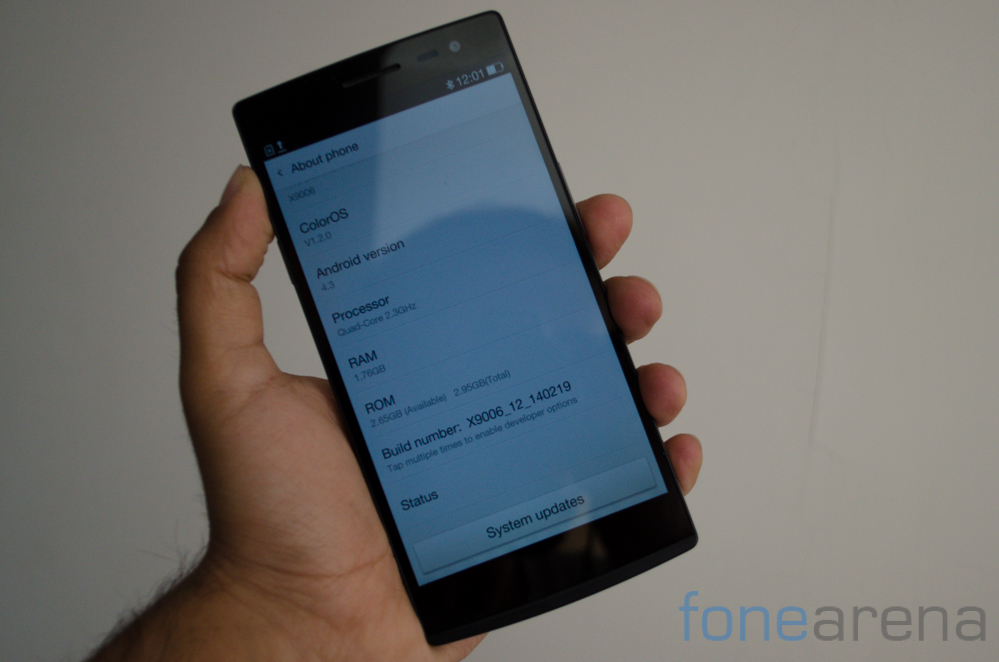 If initial impressions are anything to go by, the Oppo Find 7a could become a very strong contender for one of the best devices in its category. The phone brings solid build quality and genuinely useful hardware innovations to the table and we’re very impressed by what we’ve seen so far.