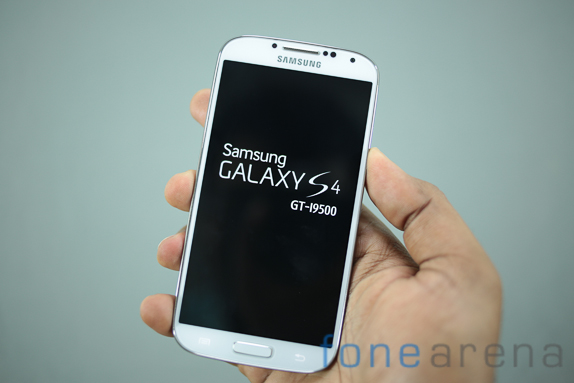 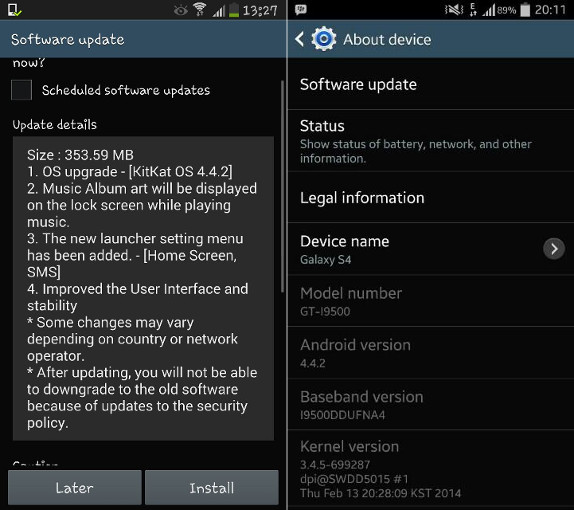 The build number for the Indian variant is I9500ODDFNB3 and the firmware build is dated Thu, 13 Feb 2014. The KitKat update adds wireless printing, support for emojis and lots more new features. The Android 4.4.2 KitKat update for the Galaxy S4 brings minor UI changes and under the hood improvements such as,