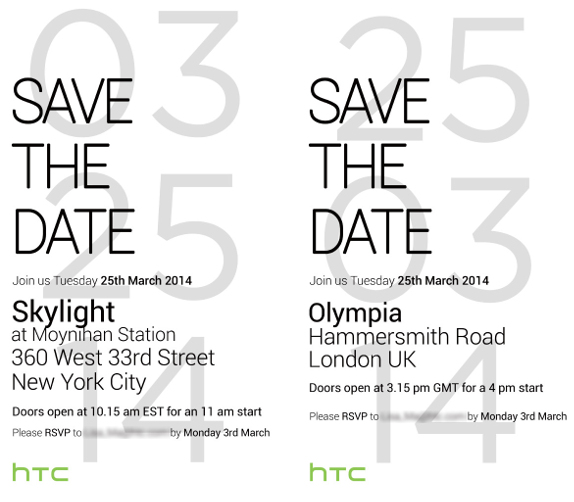 HTC has announced two separate events on March 25th, 2014 in the U.S. and UK. The invites doesn’t reveal anything, but the company is likely to unveil the most expected HTC One successor. Most of the specifications of the smartphone had been leaked already. We had also seen some press shots and live images of the upcoming flagship HTC smartphone that reveals dual cameras on the back and on-screen buttons, replacing the hardware touch buttons. 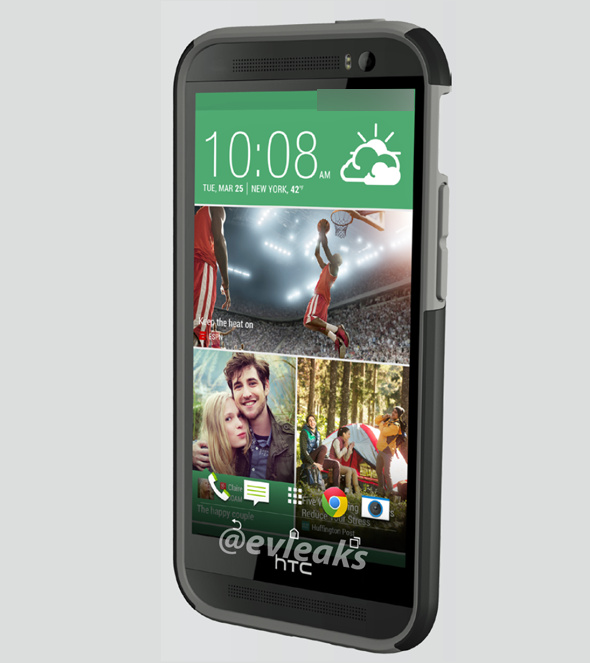 In a new leak, Evleaks has posted a new press image of the phone inside a case. This render shows on-screen buttons and dual front speakers. It has also hinted that the phone would be called “The All New One” and come in Gray, Silver, and Gold colors.

Rumored specifications of the HTC One successor