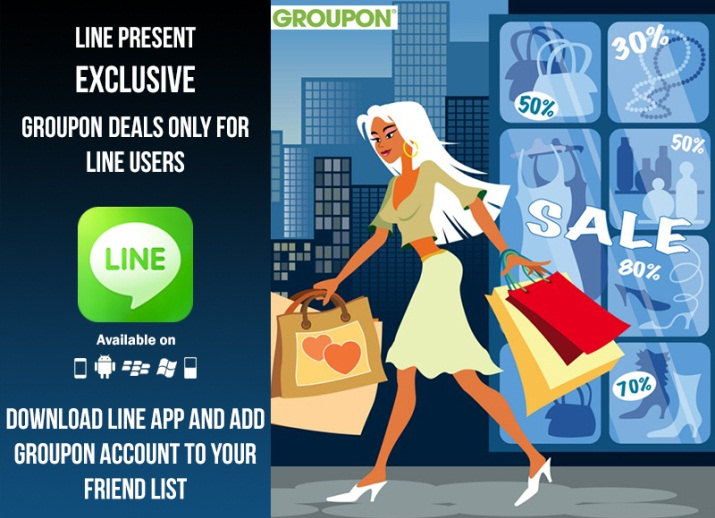 LINE Corporation, popular for its cross-platform messaging app has partnered with Groupon, popular for their daily deals, to offer exclusive deals for users in India. Called LINE only deals, this offers weekly deals and one-of-a-kind Manic Monday deal that lets users stand a chance to win freebies. The new initiative is aimed at Indian youth. LINE has paired with Groupon to give the users an added treat of unbeatable deals, said LINE.Commenting on the new partnership, Damandeep Singh Soni, Head of India Business Development, LINE, said

With strategic partnerships such as this one with Groupon we are aiming to create an exciting market place for young consumers on the application. The idea is to build an unending ‘surprise’ element on the app. As we advance to our aim of becoming the No. 1 communication app in India, our users would continue to enjoy their time on LINE

We are excited to sign an exclusive partnership with one of the largest app operators– LINE corporation. Our aim has always been to provide unique and irresistible experiences to our customers and we focus on exploring this even through relevant associations and unique partnerships. We are confident that Groupon users across the country will now enjoy exclusive deals on their smartphones through the LINE app

LINE users can download the LINE app and add Groupon account to the friend list to get new deals every week. Back in November, LINE announced that it has 10 million users in India, now the company has revealed that it has over 16 million users in the country. The app is available for all the major mobile platforms.