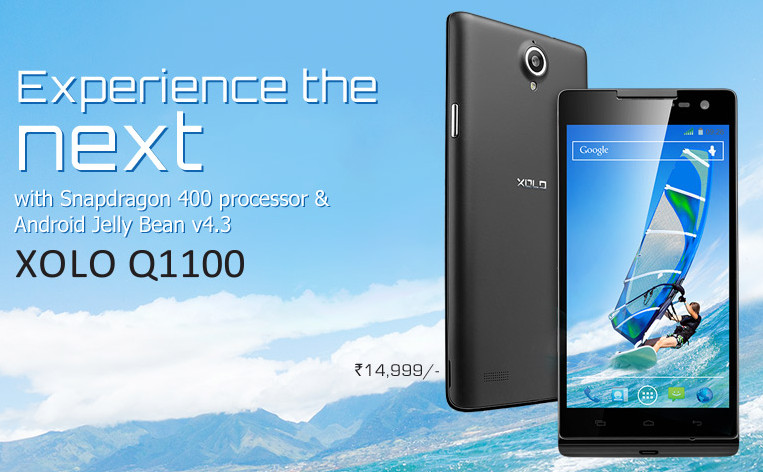 Yesterday Xolo Q1010 with a quad-core MediaTek MT6582 processor appeared online. Today Xolo Q1100, the company’s first device with a quad-core Snapdragon 400 processor has appeared on the official website. It has a 5-inch (1280 x 720 pixels) HD IPS display based on One-glass-solution, powered by a 1.4 GHz quad-core Snapdragon 400 (MSM8228) processor with Adreno 305 GPU and runs on Android 4.3 (Jelly Bean). It comes with an 8-megapixel rear camera with LED flash, BSI 2 sensor and a 2-megapixel front-facing camera.

As usual you have dual SIM support. Even though it packs just 2000 mAh battery, it has Battery Guru app to save battery life. It also charges 75% faster than other phones with Quick Charge, says Xolo. The Moto G has the MSM8226 Snapdragon chip, so the performance of the MSM8228 should be similar. The global 3G variant of the Sony Xperia T2 Ultra is also powered by the MSM8228 chip, but it yet to release.

Xolo Q1100 comes in Black color and is priced at Rs. 14,999. The official launch is expected later this month.