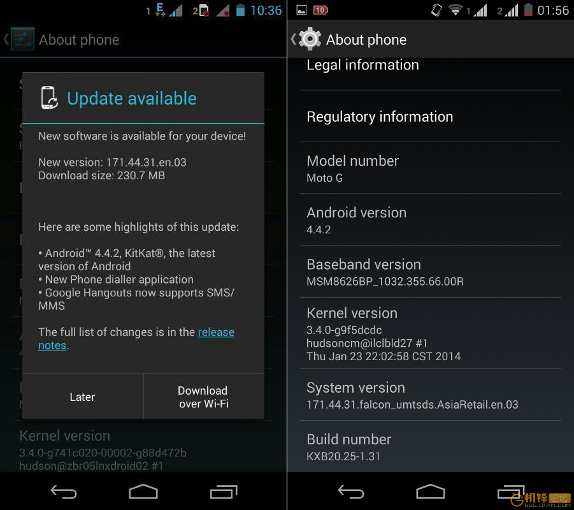 Motorola launched the Dual SIM variant of the Moto G in Malaysia, Australia and some Asian countries last month, before launching it in India yesterday. The Android 4.4.2 update was first released for the single SIM US variant first, back in December and it started rolling out in Europe, again for the single SIM variant last month. Now the dual SIM version of the Moto G has received the KitKat update in Malaysia and Taiwan.

At the launch Motorola has promised that the Indian dual SIM variant would get the KitKat update in coming weeks. This update brings new phone dialer, printing, Android KitKat features such as restyled status and navigation bars, full-screen mode, color emoji, smarter power use, new camera features, including the most expected manual focus and exposure control and more.

Check out complete changelog of the update below.