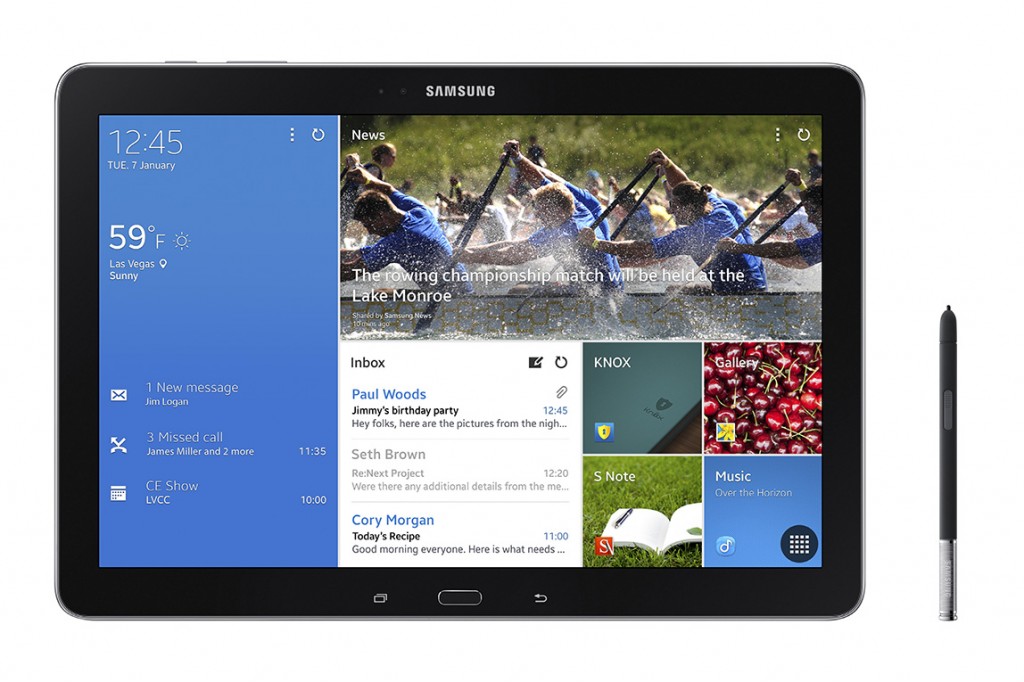 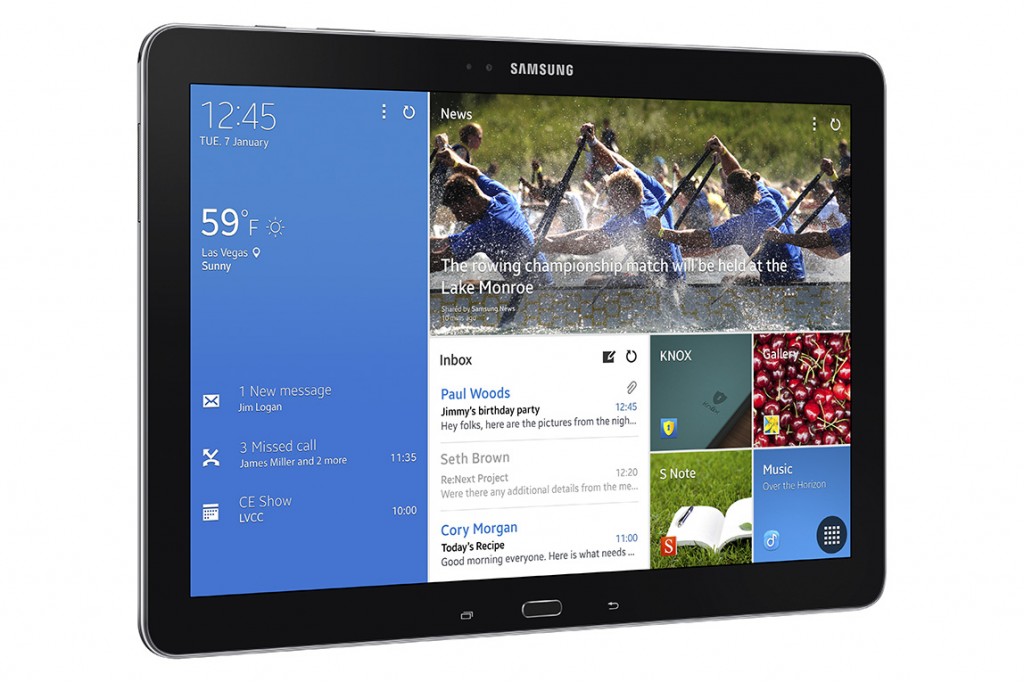 Here are the complete specifications of both the devices –

As you can see above, the devices come with Android 4.4 KitKat out of the box, making it one of the first OEM devices to launch with the latest version of Android apart from Play Edition devices. The new TouchWiz UI seems to have a Magazine like UI this time, for better optimization of screen space, or rather finally realizing that Android is not really great for 10 inch devices ever since Google went for a unified UI in 4.2. Samsung’s TouchWiz obviously brings some really great features though, like Multi Window, which brings a total of 4 apps at a time on the 12.2 inch tablets for better multi tasking than before. But on the hardware side, the tablet brings hardware home and shortcut buttons to the center which is very weird for a widescreen tablet.

Also, as noted earlier, all the NotePRO and TabPRO tablets will come with a faux leather finish on their backs, just like the Note 3. We had noted in our review that we would like to see this on all the Samsung devices, and we are glad it is happening for tablets too. Apart from this, Samsung is also providing content gifts, as explained here –

Availability is slated for the first quarter for 2014 but the pricing has not been revealed. We are live from the Samsung event at CES 2014 and we will be bringing you the hands on of these devices and more from the show floor, so stay tuned to the blog and our YouTube channel for more!