Today, we have four Full HD smartphones from Indian manufacturers – Gionee Elife E6 vs Intex Aqua i7 vs Micromax Canvas Turbo vs Zen Ultrafone Amaze 701 FHD. All these phones have a lot of similarities and that makes it a very difficult to pick a clear winner among the four devices. 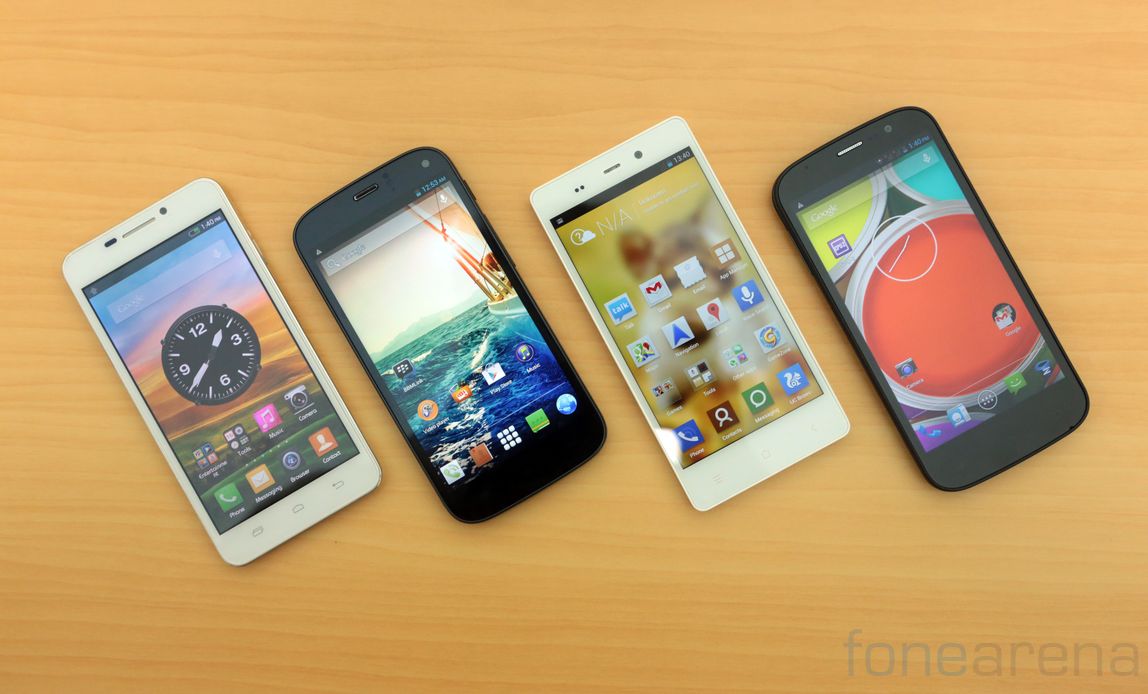 First lets check out the specifications of these four devices –

We compared the benchmark performances, cameras and Full HD displays of all these phones. 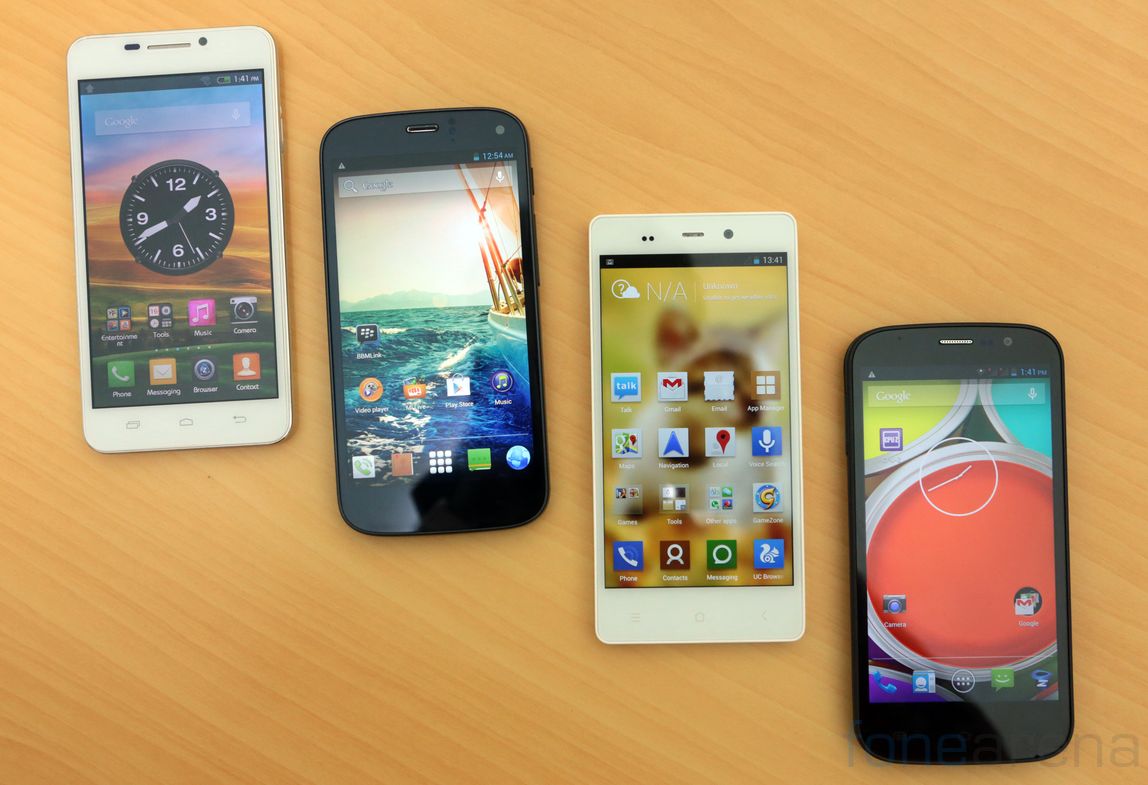 All the phones come with a 13MP camera at the back that can record 1080p Full HD videos. We have compared the camera performances in the video below.

Each display has its positives and negatives. Overall, we liked all the displays when kept individually (which is the most typical usage scenario). 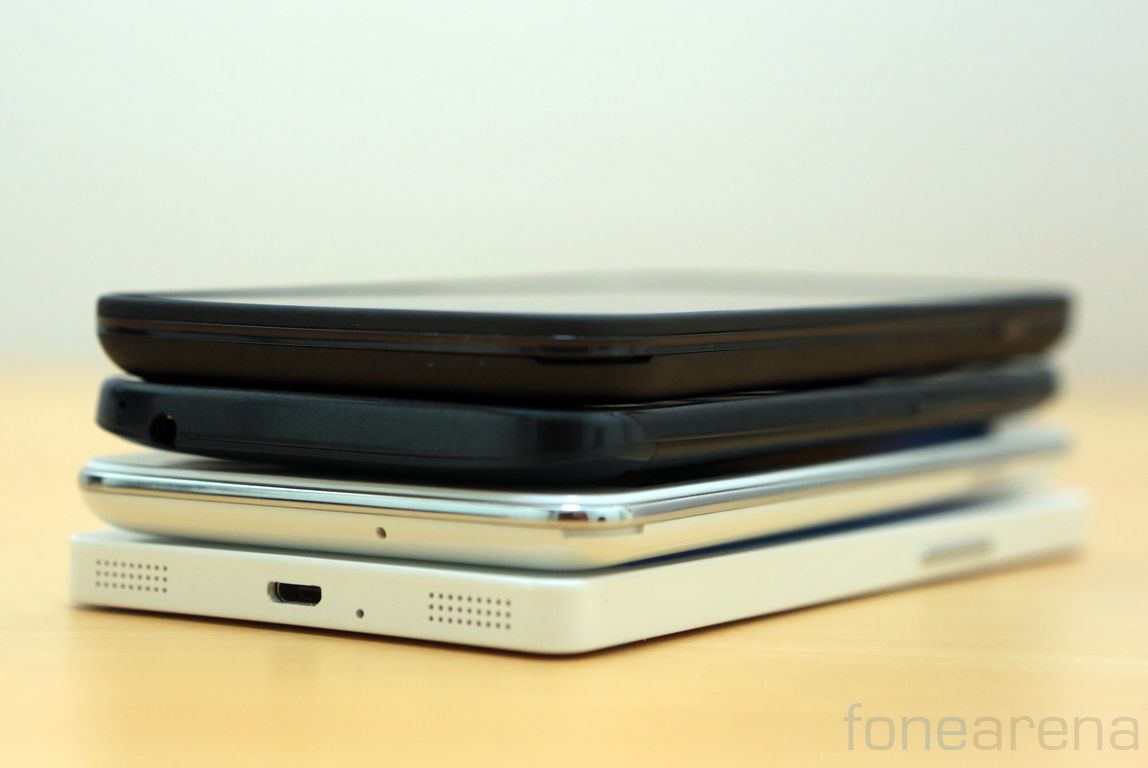 Gionee Elife E6 looks stunning in a unibody design. Surprisingly, Gionee Elife E6 is made up of plastic which is both glossy and extremely slippery. The sharp corners and rectangular slab like design do not give it any advantage in terms of handling except that it looks quite good.

Intex Aqua i7 is probably the least good looking device among the four and it is made of glossy plastic at the back which does not help handling. The design language is mundane and boring.

Micromax Canvas Turbo looks decent and is probably the best handling device among the four. The slim body-line makes it quite easy to hold on to and the usually big 5inch doesn’t seem so huge.

Zen Ultrafone Amaze 701 FHD looks like an Indian version of Google’s Nexus 4 with a glass back beneath which we find a pattern. The sides of the Zen Ultrafone are made of matte finish material and hence holding the device is very comfortable. 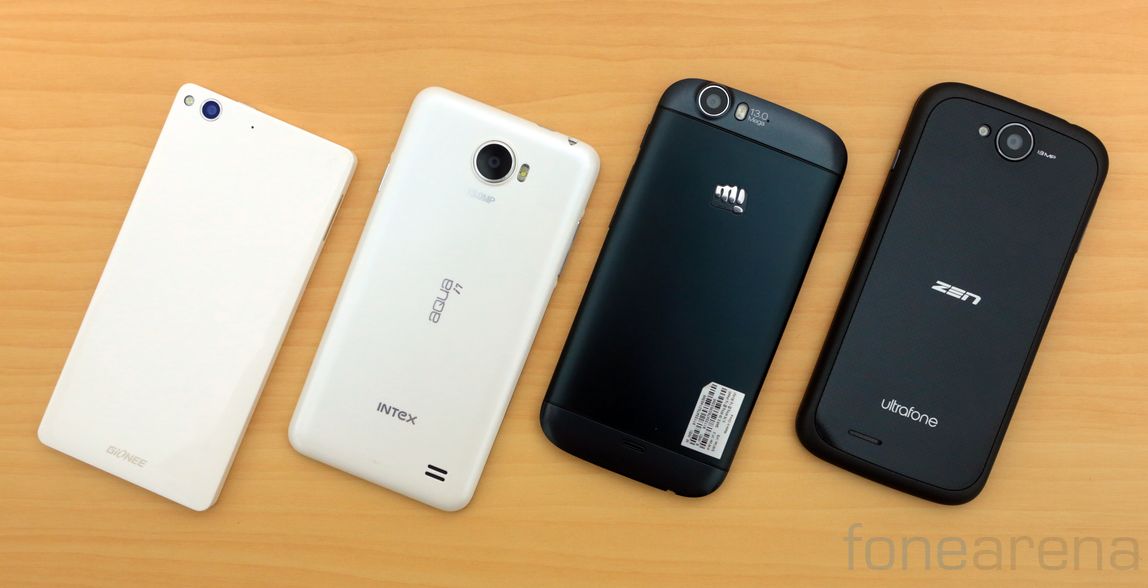 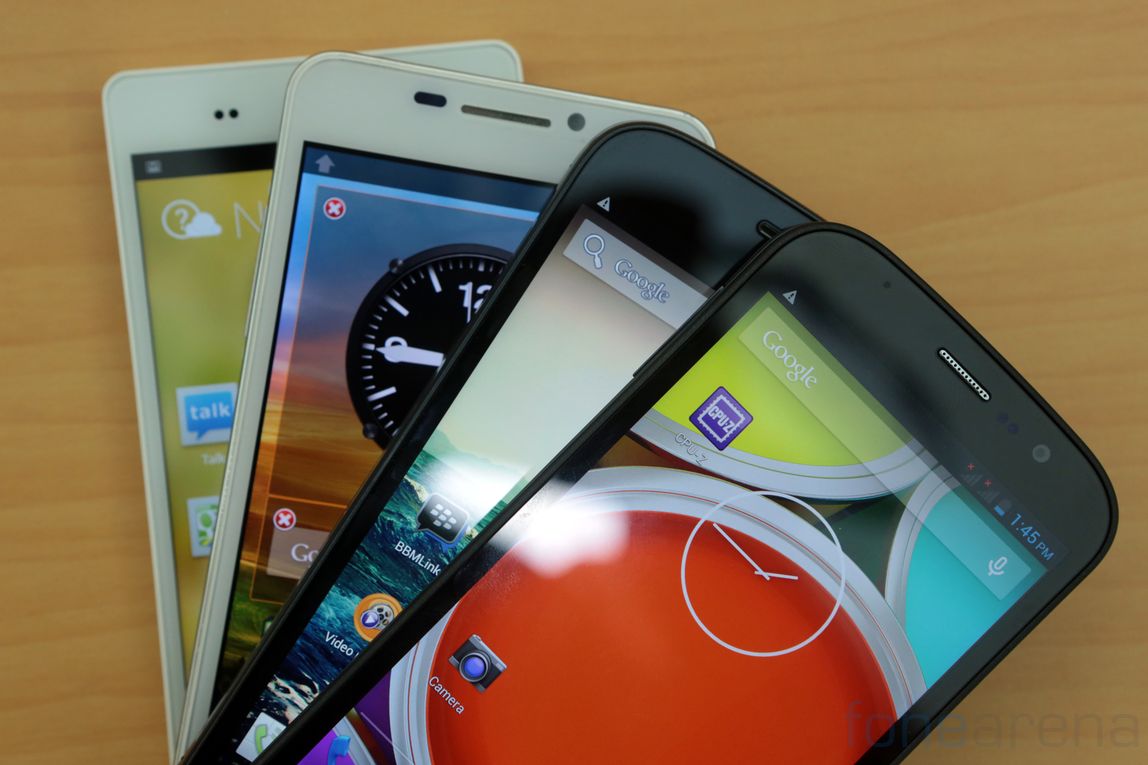 Overall, these full HD phones have great specifications, comes with awesome 1080p displays and also lie in similar price range, but the performance of these phones were not up to the mark. Hope we can expect the upcoming flagships from these manufacturers would offer better performance. Here are the pros and cons of these devices