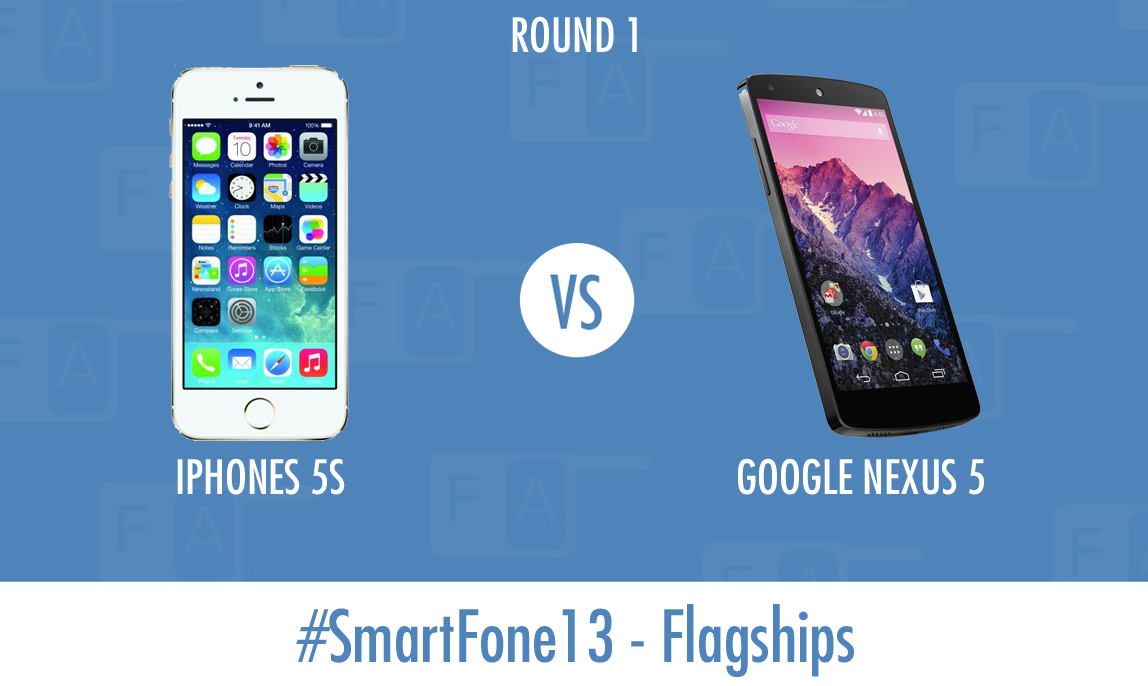 Lets have a quick look at both the phones’ specifications first, just to familiarize with them again –

As you can see from above, the iPhone 5s and the Google Nexus 5 go head to head on almost every specification but the actual devices are poles apart. For example, the iPhone 5s has superior build quality, superior display(in performance, not size) and even arguably a superior camera. It is well known that both the processors are highly powerful for any day to day task, but it is to be noted that Apple here has the edge with future proof 64-bit technology. The dimensions of the phone are debatable as people might prefer the larger display of the Nexus 5 over the compact and small iPhone 5s, or the other way around. Perhaps the most debatable would be software, as both the phones are built on different ideologies with the roots based on software. And then, it all comes to price. Affordability vs Quality and premium experience would be the right analogy for Nexus 5 vs iPhone 5s. Highly subjective, so we leave it up to you.

Note: Check out our review of the Google Nexus 5.

With all these differences, which one would you pick? Which do you think is better?

And the Nexus 5 emerges the winner!

Let us know what you think in the comments section below, and if you had missed out on the earlier polls, here you go –