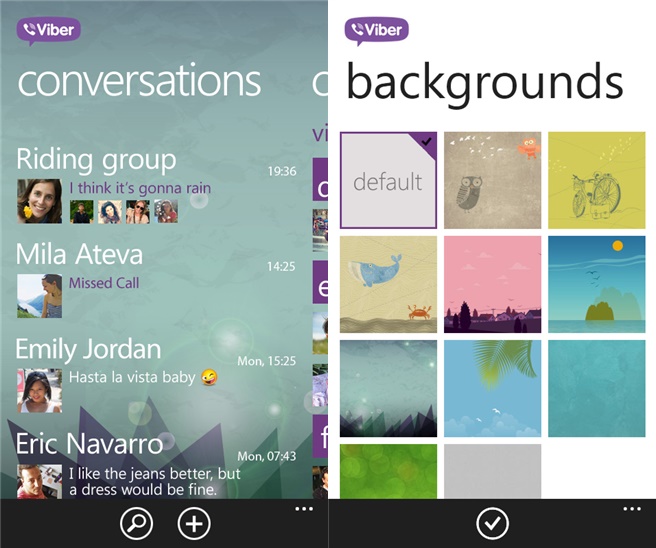 Viber is a well known app, popular mainly for its VOIP services and chat. The company has been having its own Windows Phone 8 app for a while but it lacked some much needed features. With the announcement of the new desktop app, the integration was curiously missing out on the Windows Phone platform with the 3.0 update, but finally, the app has been now updated with a nicely refreshed UI with custom backgrounds support and better integration with Viber desktop that lets you take calls and transfer them over to phone from the PC or vice versa. You can download the update from the Windows Phone Store here.

The version 3.1 doesn’t really come with an updated changelog on the store, but we can definitely make out some marked changes like –

The ones in bold are new to the 3.1 update, which makes the Windows Phone client much more functional than it used to be. Viber has been known to be a direct competitor to Skype, and this update brings it closer to the latter’s polish. So, give it a whirl and let us know what you think of the update in the comments section below.