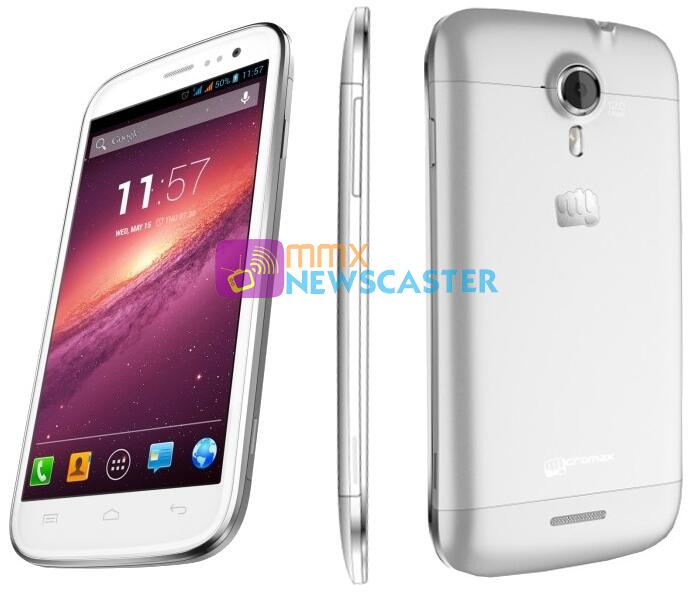 Micromax already confirmed the existence of the Canvas Turbo by signing up Hugh Jackman as its brand ambassador. Now the twitter user MMXNewscaster has posted press images of the Canvas Magnus A117, the company’s upcoming Canvas Smartphone. This is rumored to come with a 5-inch (1280 x 720 pixels) HD IPS display, powered by a 1.5 GHz quad-core processor and run on Android 4.2 (Jelly Bean). It would come with a 12-megapixel rear camera with LED flash, 1080p video recording and a 5-megapixel front-facing camera.

It is expected o come with Dual SIM support with dual standby similar to other Micromax smartphones. According to the MMXNewscaster, the rear back panel seems to be made of aluminium which is removable.

It is not clear when Micromax plans to launch the  Canvas Magnus A117 or how much it would cost. Looks like this might launch ahead of the Canvas Turbo A250.