We’ve seen more than our fair share of leaks for the Lumia 1520. Today’s leak courtesy of @evleaks gives us a glimpse of the red variant of the upcoming handset. The phone will mark a new high for Nokia and will bring the much wanted top of the line specs to the Windows Phone platform. 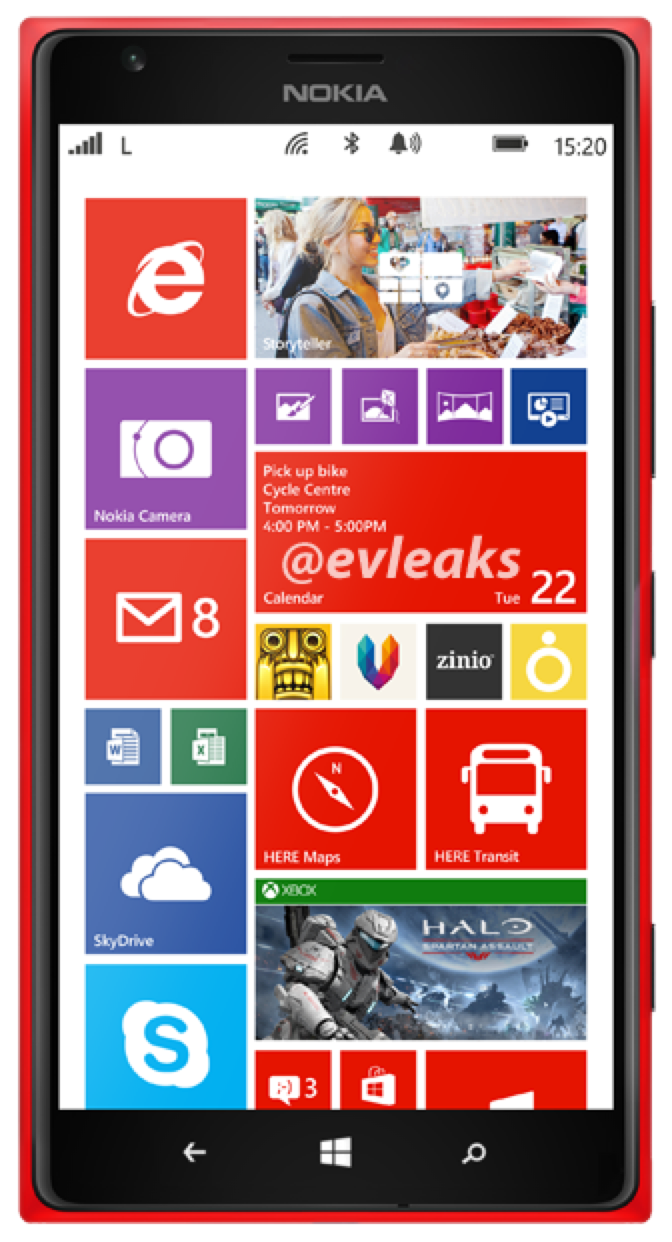 Internally, it is expected to be powered by a Snapdragon 800 processor, 2GB of RAM and an Adreno 330 GPU. We’re more interested in seeing how the operating system makes use of that power. Windows Phone has been very frugal on hardware so far and hasn’t needed top of the line hardware to deliver performance right in line with the likes of the iPhone. Beyond that, the USP of the device will be its large 6 inch Full HD display.

The upcoming GDR3 update will let you have additional tiles on the screen and this is a very welcome update. The camera is believed to be a 20MP PureView unit. Whether it’ll pack OIS is yet to be seen but the phone should be benefit from the oversampling first seen on the Nokia 808 and Lumia 1020. The effect will however not be as pronounced because of the smaller sensor. We’ll be reporting live from Nokia World in Abu Dhabi so keep an eye out for the latest on the Lumia 1520