With the yearly iPad refresh right around the corner, we’re starting to see leaked images of the upcoming products. Spotted first on Weibo, we now have our first glimpse of the upcoming iPad Mini 2 housing. Expected to ship in all the same colors as the new iPhone 5s, the iPad Mini 2 was spotted in both space gray and gold. The three colors are expected to be silver, space grey and gold which are the same as that of the new iPhone 5s. 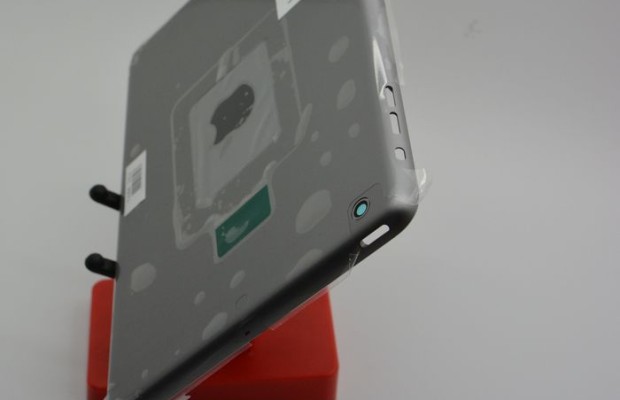 Alongside the housing of the tablet, we can also confirm some of the expected specifications. The tablet would pack the same Touch ID sensor that has been seen on the iPhone 5s which will give it fingerprint recognition capabilities. Touch ID has been a very polarizing feature. Despite security related concerns, it makes it incredibly easy for every day users to complete purchases and unlock their device. Internally, the tablet will be powered by the 64 bit A7 processor that was unveiled by Apple at the iPhone event. This would be paired with the M7 motion co-processor and 1GB of RAM. The new iPads should be unveiled sometime next month.