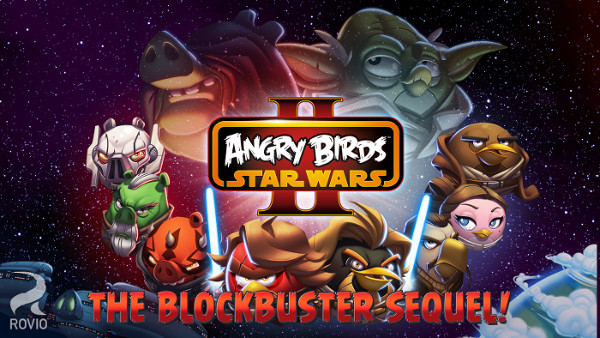 Rovio, the creators of Angry birds has released Angry Birds Star Wars II for Android, iPhone, iPad and Windows Phone 8 devices as they promised back in July. This follows the story of the three prequel Star Wars movies and would also bring new Angry Birds Star Wars characters including versions of young Anakin, Mace Windu, Darth Maul and more. For the first time ever you can Join the Pork Side and play as the fearsome Darth Maul, Emperor Palpatine and many other favorites!

We tried out the game on iPhone 5. Check out the gameplay video below
httpv://www.youtube.com/watch?v=NJh_P2R-wtE