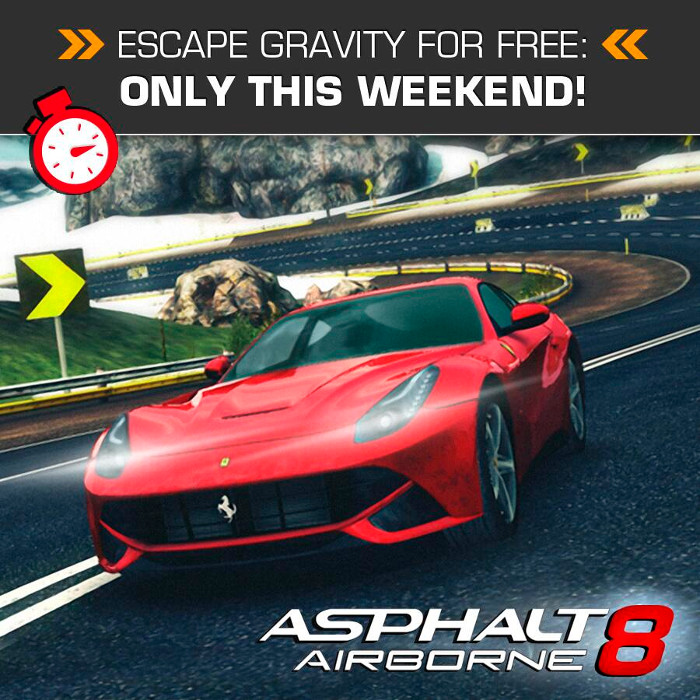 Gameloft launched the Asphalt 8: Airborne for iPhone and iPad last month. Now the game has gone completely free for a limited period for both the iPhone and iPad, so you don’t have to pay $0.99 / Rs. 55 for the game. The new game in the Asphalt franchise has the most life-like graphics ever with the new physics engine that would give you a realistic feel when you pull death-defying stunts, destroy objects in your path, and catch major air off ramps.

The game is around 884 MB, so make sure you are connected to a WiFi network, if you don’t want to lose your 3G data.Don’t forget to check out the Asphalt 8: Airborne gameplay videos on the Apple iPhone 5 and the iPad mini

The game is free only for the weekend, till September 16th. Hurry!