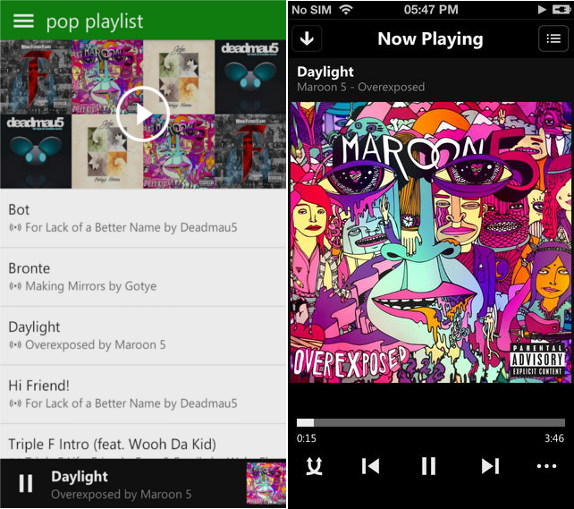 Microsoft has finally released the Xbox Music app for Android and iOS devices. This lets you enjoy your favorite music from a collection of over 30 million tracks, discover new songs, albums, and artists right from your smartphone. Microsoft has promised that they would bring offline mode to Android and iOS in the coming months. Microsoft has also launched free streaming to Web player and Radio with unlimited dynamic playlist would be available for Android, iOS and the web player later this year.

Xbox Music requires Xbox Music Pass the costs $9.99 per-month or $99.99/ year with one-month trial. It is available in 22 countries, but not available in India yet.

Features of Xbox Music for Android and iOS