Android 4.2 Jellybean brought along the concept of Wireless Display through Miracast to the smartphone market. Wireless Display technology lets you directly stream your content on a device to either a TV or Monitor with HDMI input. The Netgear Push2TV is on close lines with Google Chromecast. 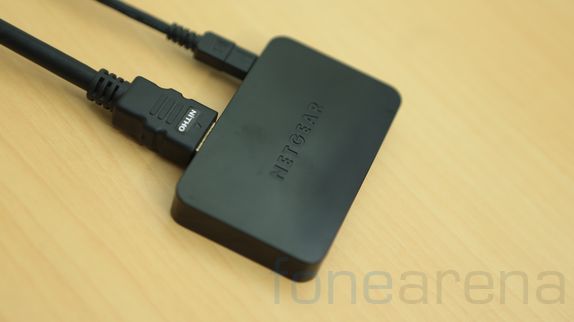 The Netgear Push2TV is available for US $59.99 and roughly putting it in INR, it amounts to Rs. 3500 which makes it quite a costly purchase. The Push2TV PTV3000 is compatible with Miracast and WiFi Direct.

The Netgear Push2TV PTV3000 is a small box that comes with a miniUSB port and a HDMI port at the back. The black box has a Netgear branding at the top and a small LED notification light on the front side. On the right side, we have a small button which is used to enable the WPS that has to be used when upgrading the firmware. 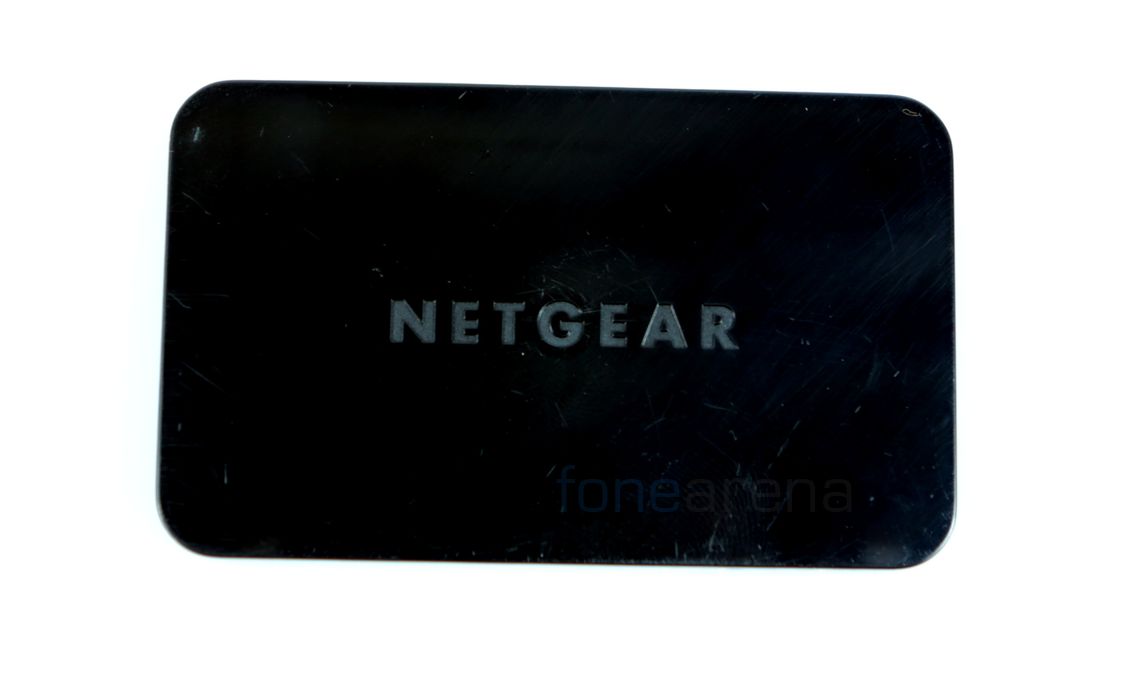 Getting started with the Netgear Push2TV PTV3000 is quite easy. You need to connect the mini USB cable at the back of the device and use the charger given with the device to connect it to the power supply. Then using a HDMI cable, connect the Netgear’s HDMI port to that of the TV. If done correctly, the TV should show that your device is ready. 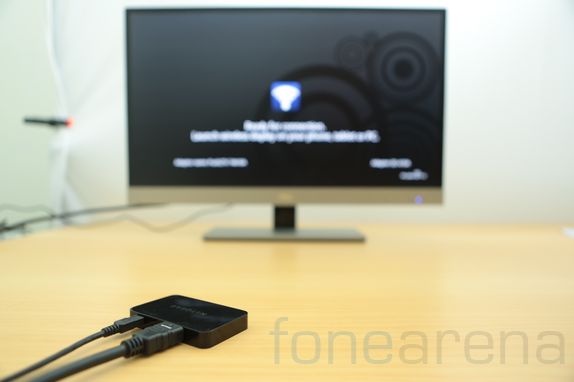 Once the TV is ready, then you can goto Wireless Display settings on your phone or tablet(Screen Mirroring in Samsung) and enable it. You will find the PushTV device and once connected, you will automatically be able to view the screen of your device on the TV. 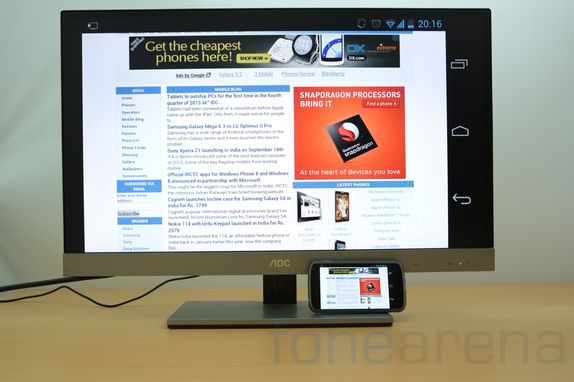 The Netgear PTV3000 streams both Video and Audio(support up to 5.1 surround sound) via HDMI offering a total media experience.

We tried out the Netgear Push2TV PTV3000 with a lot of devices and found that the quality of the streamed content depends on the phone and the content being streamed. We tried it first with Google’s Nexus 4. The UI was sluggish and laggy. Then we tried streaming videos which were also slighty laggy because of lower bitrates and dropped frames. Gaming was very bad because the content being streamed on TV seemed very behind the actual content on the phone, so playing games using the Miracast wouldn’t be the best of options on the Nexus 4.

Then we tried out the PTV3000 with a couple of other MediaTek powered devices – Oppo R819(MT6589) and Gionee Elife E5(MT6589T). In this case, the UI was better and relatively smoother although there were a few lags. In terms of video, it was much better. There were frame drops, but far less noticeable than on the Nexus 4. If you watch the phone and the TV simultaneously(which is not the practical usage scenario), then you may notice a difference in the video content being streamed. However, in the ideal scenario where you will just be watching the TV, the video content seems pretty good.  In terms of gaming with the these two devices, there was lag in the gameplay, but games were playable by watching just the TV.

The Netgear Push2TV PTV3000 is an expensive way to stream data from your phone or tablet to your local TV in a wireless manner. 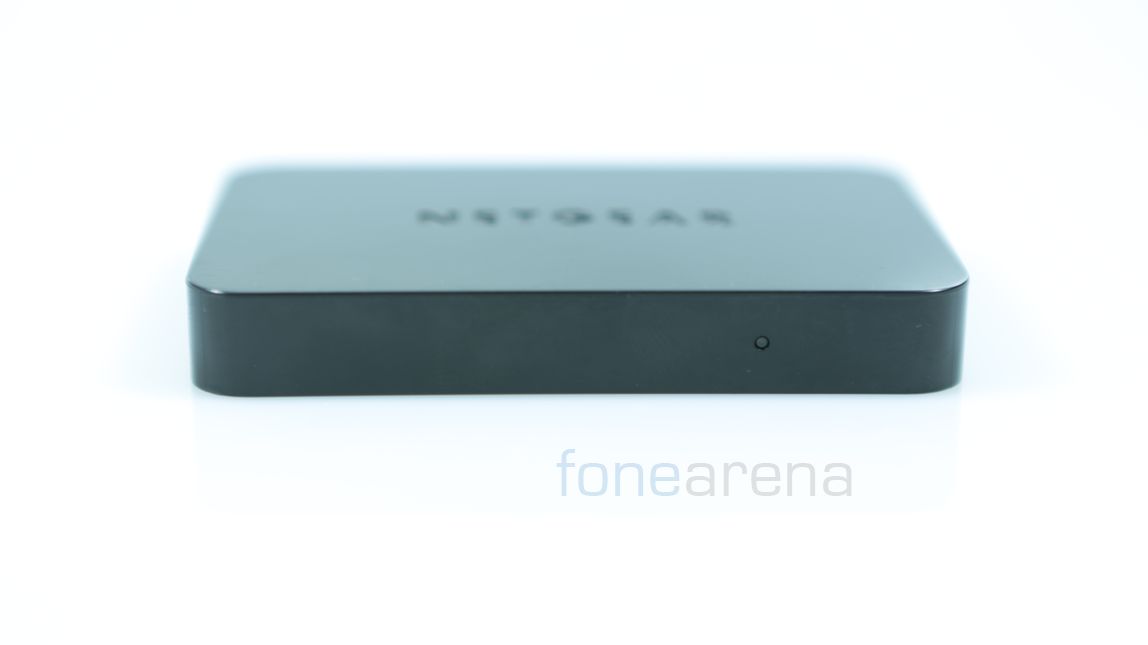